It has been hailed as the Queen of all Gems; its color likened to the rich gold of a glorious sunset with an unparalleled luster that brings forth an unparalleled glow that somehow enhances the beauty of its wearer rather than distract from it. The golden Philippine South Sea pearl is truly a remarkable gem not only because of its undeniable beauty but also because of its origins.

For over three decades, Jewelmer Joaillerie has been cultivating golden South Sea pearls, the Philippines’ National Gem, in their farms in Palawan, southern Philippines. Often called the last frontier because of its rich natural bounty, the islands of Palawan were also part of an ancient trade route where merchants traded riches from the east for pearls that the Badjaos (sea-faring nomads) dove for in the surrounding waters.  It is perhaps appropriate that Jewelmer found its home in these same rich, life-giving depths.

Founded by Filipino Businessman Manuel Cojuangco and French Perliculturist Jacques Branellec, Jewelmer Joaillerie sustainably cultivates their golden pearls through a process that takes between four to five years and 377 individual steps. The entire journey of the pearl from the hatchery, where gold-lipped Pinctada maxima oysters are bred by Jewelmer’s biologists, to the operating table, where the oysters are inserted with a bead nucleus that would become the heart of the pearl, to the day-to-day care that the pearl farmer provides to the oyster, ultimately culminates in the birth of a breathtaking natural gem that reflects the care and attention it had received.

The pearls are then sorted and graded according to luster, size, shape, color and skin purity by expert graders before the top 2-3% of each harvest are set into the most imaginative and artful settings borne out of the imagination of a team of designers. Each design is carefully thought out to enhance the beauty of the pearl.

Mastercraftsmen translate these visions into reality using techniques that were passed down from prestigious jewellery houses in Place Vendome, Paris. Under their skilled hands, the designers’ vision comes to life. The results are wearable pieces of art set in 18-karat gold and accentuated by the finest gem stones and have captured the hearts of pearl lovers all over the world.

Being part of what the company calls the Jewelmer Experience is entering into a world of luxury and beauty that is unique blend of French-Filipino culture. From its pearl farm, booths in international trade shows such as Couture in Las Vegas and the International Jewellery show in Hong Kong, their showrooms, to their annual collection launches, pearl aficionados are treated to an exclusive unforgettable experience.

Jewelmer Joaillerie has since received recognition for their efforts. Award giving bodies such as the Cultured Pearl Association of America has provided accolades to the company and in the year 2014 Jewellery News Asia has chosen Jewelmer as Honouree for Brand of the Year and Outstanding Enterprise of the Year.

The lustrous beauty of the golden pearl has since caught the eye of numerous personalities such as Taylor Swift, Rihanna, and Emily VanCamp. Currently, Jewelmer Joaillerie operates 13 showrooms in the Philippines, and has retail presence in 22 countries worldwide including its recent opening in Dubai. On the 15th of April, a grand openingat the Desert Palm Hotel in Dubai and an event in Abu Dhabi on the 16th of April will celebrate the luxury brand’s debut in the Middle East.

“Having the golden South Sea pearl worn by men and women all over the world is true honor, “ said Jewelmer Joaillerie President and CEO Jacques Branellec. “It symbolizes the beauty and skill of the Philippines, whose National Gem is the South Sea pearl. It also shows the importance of caring for the environment. Etched upon its surface is every environmental change it has experienced while growing in the womb of the oyster. The pearl is a symbol of the health of the planet: Without a beautiful environment, we cannot have beautiful pearls.”

Have We Truly Closed the Gender Gap?

The Women We Love 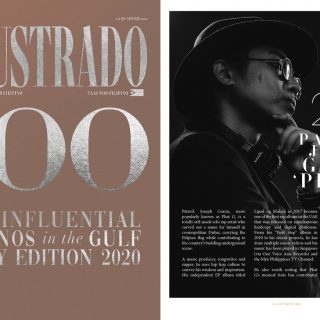 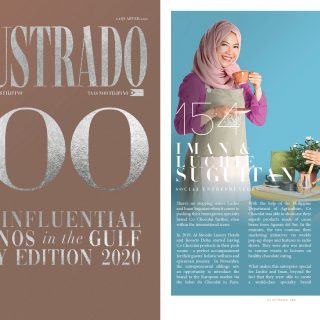 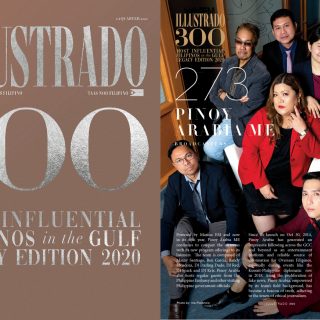 Pinoy Arabia ME – Illustrado 300 Most Influential Filipinos in the Gulf 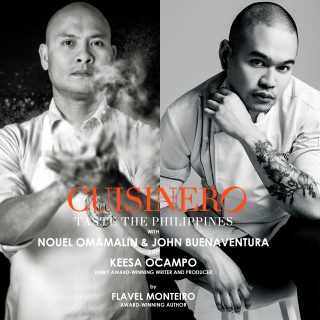