This generation’s most iconic Filipino designers 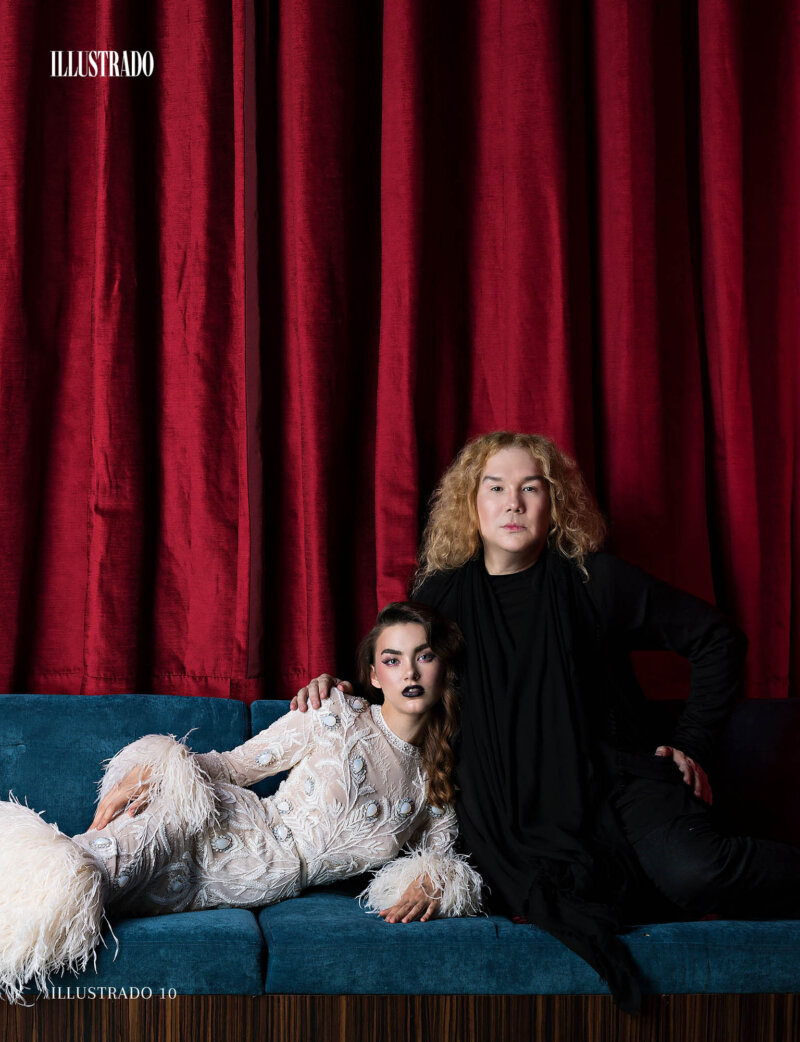 Once upon a time, there glittered the highly esteemed Fashion Czar of Asia, Filipino designer Pitoy Moreno.  Champion of the Maria Clara dress, and unparalleled during his heyday from the 60s to the 80s, he dressed queens, princesses and socialites from around the world. His demise in January 2018 marked the end of a waning genteel period when Filipiniana was this glorified ideal – classic, almost unmoved by time; when our designers, though increasingly western-influenced, stayed close to home, with only the occasional adventure in foreign shores.

Just over a decade ago came the new generation of Filipino creative talent, all guns blazing from outside the motherland – led by designers who are bold, unabashedly rich and decadent, sometimes even brazen, in their design sensibilities.  Playing the role of vanguards, Michael, Furne and Ezra rose to prominence not only in the Middle East, the Philippines, Asia, and the United States, but also in other parts of the globe.  One would tire going through the roll call of famous personalities, A-listers and royalty they have dressed, or in which prestigious runways, concerts, TV shows, and local, regional and international glossies where their works have been featured.

Their creations are coveted by millions of fashion fans the world over.  Michael with his grand haute couture pieces – his “impalpable dream” he calls it.  A phrase which took us fashion watchers some time to digest, but now holds special meaning as indeed, his supremely beautiful works of art, invoke a dreamy brilliance for the wearer and the witness,

that goes beyond the material experience.  “I want to fulfill each woman’s dream of becoming a princess,” he says.  “And love, love inspires me to make beautiful things.” 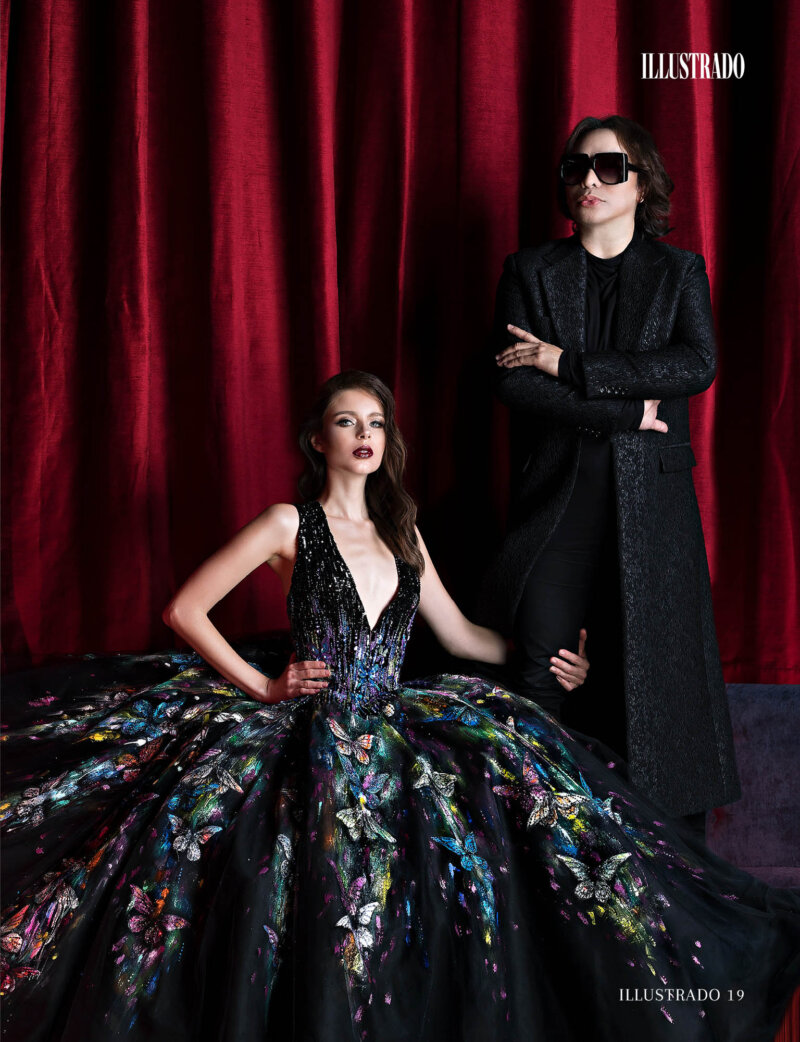 The antithesis to Michael’s fairy tale couture affair, is Furne One’s open fascination with the dark and provocative side of fashion.  Master of drama on the runway, his gorgeous pieces are at once beautiful and at the same time bizarre, in an excitingly good way.  With concepts like the Circus of Good and Evil, among other distinctively strange fascinations, Furne has kept fashion philes at the edge of their seats, clamoring for style adrenaline each season.  Having seen his work through the years, it is very hard not to describe the artist, an evil genius – in the very best sense of the phrase.

Then there is Ezra Santos, whose designs are known for their distinct measured elegance, femininity and sophistication.  In recent years, Ezra has also masterfully translated Filipino fashion aesthetics into its contemporary incarnation – native fashion for global assimilation.  These are not the historical remnants of the past, but indigenous inspiration that translate to today’s international style.  With the butterfly sleeves, to the Filipiniana silhouette, through to local weaving technique applied to high fashion, Ezra has made indelible marks around the world for Filipino fashion.

These three designers have grown tremendously through the years not only in creating work and brands that stand out, but also in building solid businesses built on couture, and capturing the

imagination and attention of the world of fashion, while shaping their distinctive signature styles, a feat that only a few designers are able to achieve in their lifetime. 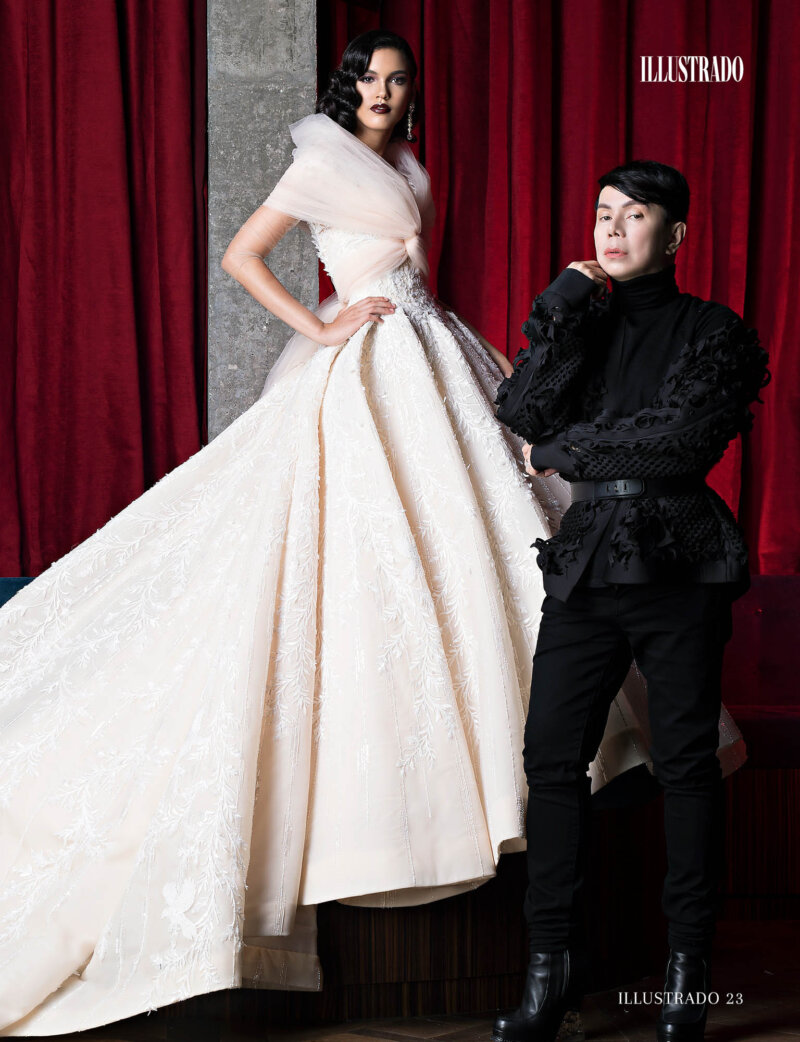 This is an amazing triumph, and perhaps a vindication of sorts, especially since not so long ago, they were referred to as “OFW designers,” not the most flattering of phrases if we are to be frank, considered somewhat inferior to their more glamorous and well-placed peers back home – a fact that not many would want to talk about in Filipino fashion circles these days for the sake of propriety.

But providence was on the side of these very gifted designers – armed with talent and grit, nurtured in a land where couture is a way of life, and boosted by the advent of media and online global connectivity, they came to the scene and they conquered, in the process making Filipino creativity a global phenomenon.

Whether any of the three will ever transform into a global superbrand like Christian Dior someday, or give in to the call of a more relaxed life spent at leisure with family, or simply travelling the world removed from the pressures of their meticulously industrious ateliers in the City of Gold (a sentiment all three shared while we were shooting this fashion editorial), it remains to be seen.

One thing is certain, though, the trinity of Michael Cinco, Ezra Santos and Furne One, have not only elevated the profile of Filipino creative genius in the world, they have also set the bar so high, for their contemporaries and successors, that equaling their feats will be a monumental undertaking, requiring more than just a fortunate stroke of serendipity.

A full transcript of our candid conversation with Michael Cinco, Ezra Santos and Furne One will be published at www.illustradolife.com