I didn’t really know what’s there to see in Dumaguete. But when my friends asked me if I wanted to come along on a vacation, I immediately said yes. Primarily because I’m “kaladkarin”, which means someone who will go anywhere, anytime, but I was also curious as to what can be seen there. It doesn’t exactly scream party like Boracay or adventure like Palawan. 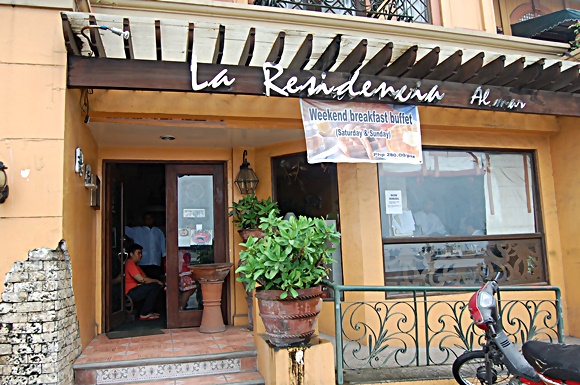 Before we left, I researched a bit and a few clicks on the net proved that are many things to see and do in Dumaguete. As the capital of Negros Oriental, it mirrors the province’s unique cultural heritage and diversity. It is also the main seaport, as evidenced by the promenade along Rizal Boulevard which overlooks the Tañon Strait. It enjoys a distinctive reputation as a university town because it is home to several schools and colleges, including the historic Siliman University.

While there, we went snorkeling in Apo Island. We saw dolphins and were further hoping to see whales in Bais. Alas, we did not see any, but the dolphins were plenty enough to delight and amuse us. A visit to picturesque Lake Balinsasayao or “fun forest Camp,” is also a must visit for those who prefer to stay on dry land. The city’s close proximity to Siquijor, Cebu, and Bohol make it a convenient stop for backpackers traveling around the central Visayan region.

Known as the City of Gentle People, we were greeted with warmest smiles impressing on us the city’s hospitality. The people are used to tourists so they’ll gladly help however they can. Everyone speaks English so foreigners won’t feel lost. So as a travel junkie I highly recommend the city as a must visit on one’s travel list to Negros Oriental. But what really makes Dumaguete a special place to visit is… the food! 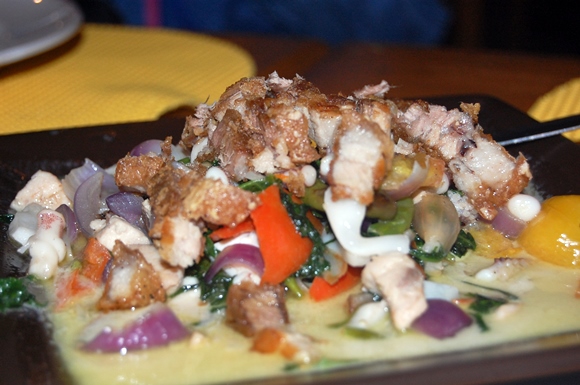 We went on a culinary trip and ate at different dining places all over the city noted for their specialties during our 5 day stay and all the restaurants and cafes we visited were simply exemplary! So for those who have been reading this and liked what has been written so far, here is a gastronomic guide for your own trip to Dumaguete. I won’t give addresses because all you really need to do to find these places is either walk along Rizal Boulevard or ask the tricycle driver to take you there. 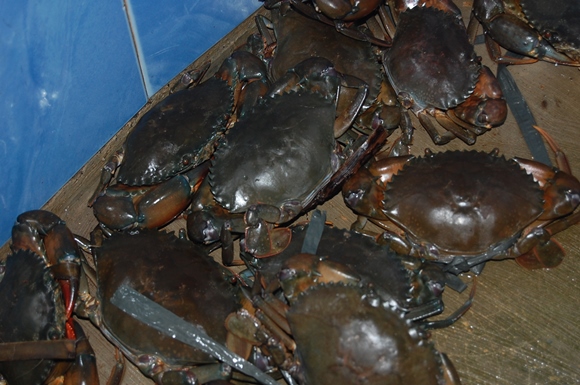 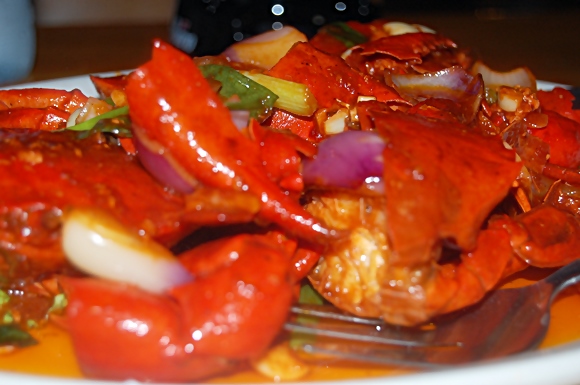 It’s proximity to the sea makes seafood the staple of Dumaguete cuisine, which can be characterized as Filipino with an influence of Spanish and Chinese flavors. The best place to try the local catch is by dining in Lab-as Seafood Restaurant. Pick your catch and they can cook it for you in at least two ways. I recommend getting one of the big fishes like Lapu-Lapu. Have them grill half the fish, while the other half is made into a sour soup dish ala Sinigang. The baked oysters were sinful and the crab cooked szhechuan style was hot and spicy. Their own version of “Bicol Express” wasn’t bad either. Hayahay Restaurant is almost the same so you can take your pick from these two interesting places.

Eat an early breakfast at the city’s central market. You won’t have trouble finding Dumaguete’s pride and joy, their own version of chocolate de batirol—cocoa rich and thick enough to dunk your budbud, more popularly known in the northern regions as suman. This combination is to-die-for! And, as a writer I should think of a more articulate way to describe this ultimate comfort drink and snack. But really, to-die-for sums it up. For less than Php 20 pesos only, you get a combination of choco drink and budbud—a truly filling breakfast treat. Get bundles of these millet based snack and chocolate for pasalubong. If you’re travelling light, you can buy the chocolate flavored budbud and you’ll get a two-in-one delight.

Scattered all around the island is Scoobies, a fast food chain that serves the usual fast food fare—burgers, fries, spaghetti and yes – suman. Trust Dumaguete’s local version of golden arches to serve a chocolate and budbud for a combo meal. It’s a favorite hangout for the student populace, since it offers a wide range of viands and rice meals—not like your typical carinderia— only this one, in a more modern setting. For less than Php50 pesos, not bad for the price you pay. 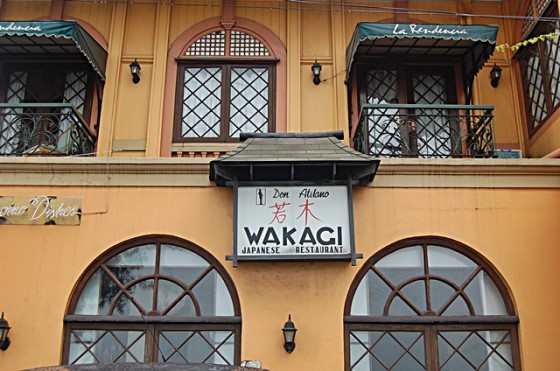 For those with the money to spend, Don Atilano Steakhouse and Wakagi Japanese Cuisine Restaurant should be on their list. The ambience was elegant but also warm and inviting. The prices are competitive to Manila range. Order everything except the callos. The seafood, like in other places along the boulevard, is fresh. Their kebabs are perfectly cooked. And their salads have a “tarty” but sweet dressing if you go for the vinaigrette dressings. 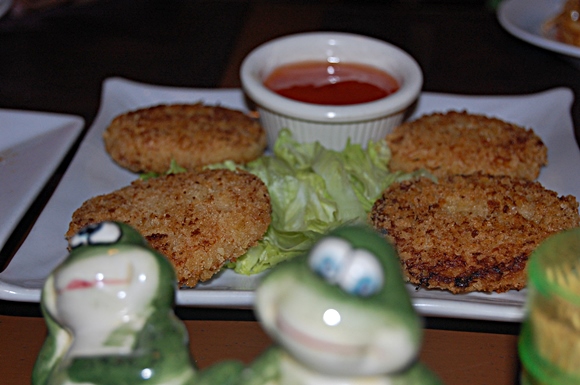 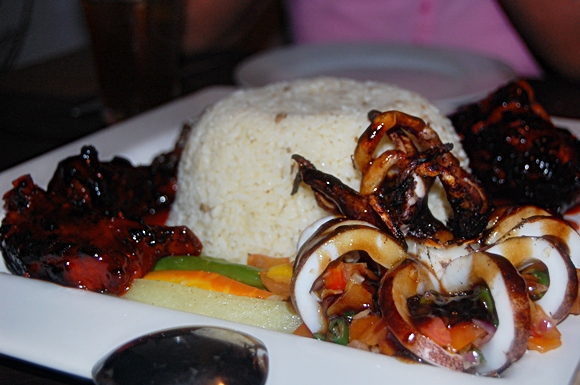 Mamia’s Bar and Restaurant also has an elegant feel and their steaks are a good bet. But, as usual, we went for the seafood dishes which were succulently done. Try the fishcakes and the grilled squid. If you can’t wait for the restaurant to open, right outside is their Café Mamia. A must try is their Chorizo breakfast meal. 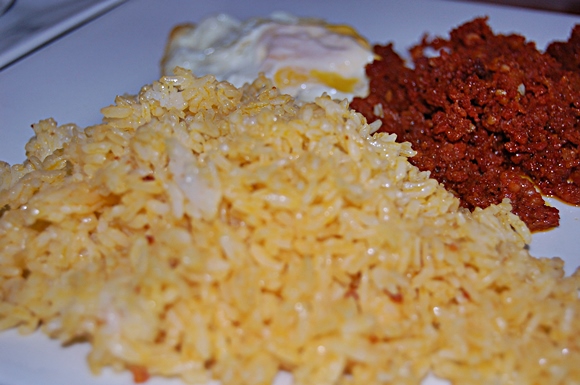 There are so many quaint little cafes scattered all over the city, you’ll find yourself wanting to try one before you have walked off the cake you just had in the other cafés you came from. But each tiny bistro is as interesting as the next. 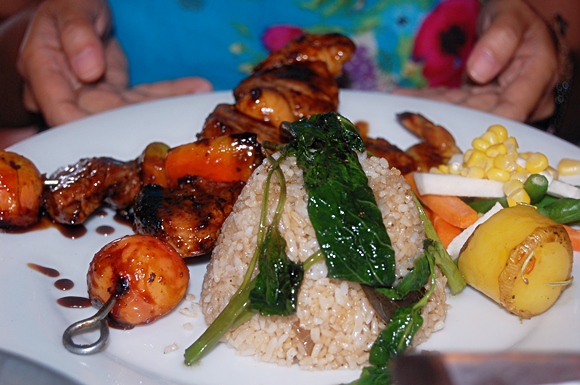 For vegetarians, Boston Café serves good pasta and a really tasty vegetable kebab. Their huge pizza is enough to feed a group of six. The ambiance is artsy without being fartsy. Meanwhile, in Cafe Antonio, you’ll feel like you’ve stepped in the Philippine’s colonial past. The verandah inspired café offers a welcome respite from the afternoon heat and the cold coffee drinks are quenchers too!

Sans Rival Cakes & Pastries is heaven on earth. Its unmistakable blue themed building is not only quaint, it’s also a lovely place to chat with friends. Their silvanas simply melts in your mouth and the sans rival is—well, let’s just say there’s a reason why they named the restaurant after their specialty.

All in all, I’d have to say. It’s a good thing that Dumaguete is a walking city. As a tourist, more than willing to try all the varieties of the local fare, I needed the exercise.