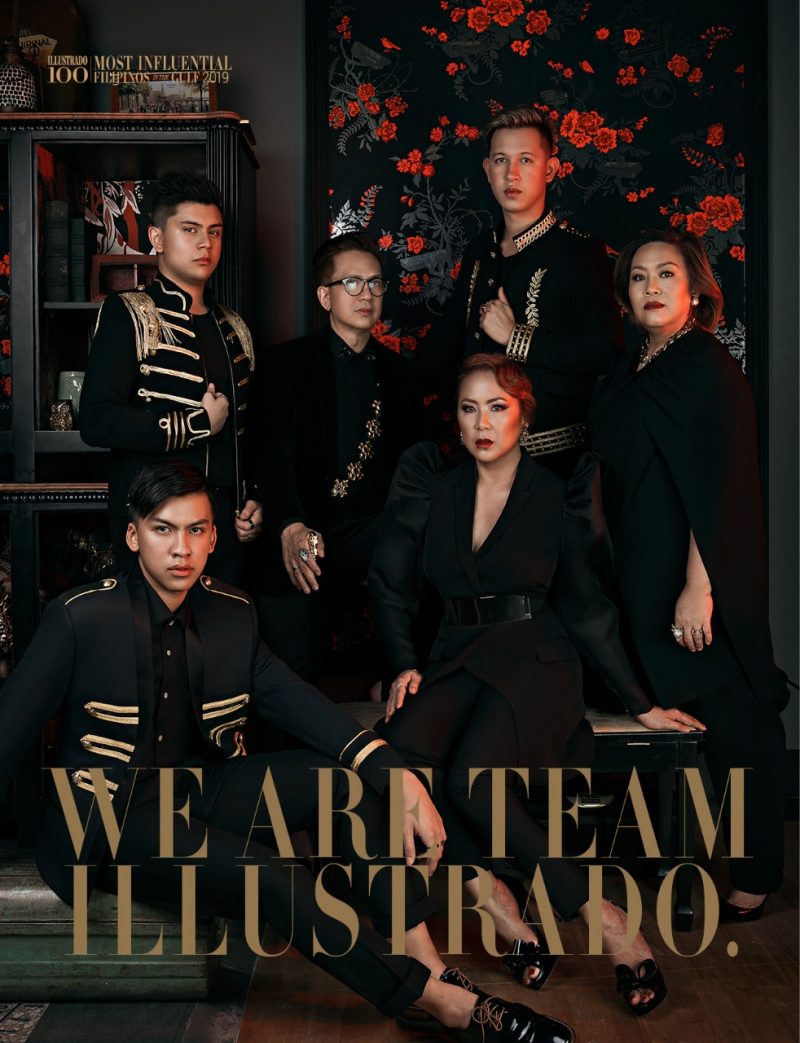 Right on the dot, I arrived.

What was magical, if not surreal, was the conscious appreciation that I was there for the photoshoot of a magazine known for its flawless reputation. And reputation, for people who are honest, is not just something. It is everything.

Alwee Villarosa’s fragile silhouette, creased by the embers of a dying cigarette held at the tips of his fingers, between exquisiteness and discomfort, loomed largely. Crushing the butt in the ashtray, he welcomed me with the now-familiar La Sallian, sing-song accent, “Dr. Rex, I missed you.” Kissing me on the cheek, he whispered rather nonchalantly, “Welcome to the photoshoot of the grandest and the biggest issue of Illustrado Magazine, the 300 Most Influential Filipinos in the Gulf, the Legacy Edition.” I chuckled. I thought that was a mouthful. Or rehearsed. But it was Alwee, whose brilliance, fragility, and pedigreed stance are a weapon. Every time he asks, I cannot say no. It doesn’t matter whether the request is mundane, or one that will proverbially rain on my parade. I. Cannot. Say. No. I simply drift on his sidewalk.

He pointed me to a small door that opened, jaw-droppingly, to a massive beehive of photographers, models, assistants, and some who were deigned worthy of being in the 300, ready to take their share of the spotlight.

“Please wait for a while,” prompted Ms. Rony Aquino as she planted another kiss on my cheek. Her deep, rounded voice echoed with the gentle precision of someone who grew up in the military but realized that she is a nourishing mother. So, she left. For good. Untinged by regret.

Fiction. Of course. But that’s how I imagined her life story to be.

I didn’t mind. I was awed by how bustling the venue of the photoshoot was. Klieg lights complemented the massive white backdrop, accented by colorful but muted strips of camera lights. I watched them come – the trailblazers and thought leaders – and go – the tastemakers, and game-changers – with smiles waving like a pendulum in front of me, one person to another. Wherever I turned my head, excitement and glee were plastered on every face. It was as if they unearthed something invaluable like an heirloom found; it was as if an approving nod was finally bestowed upon them lesser mortals by some feared and mysterious gods. It was as if an opportunity of this type would never happen again for the tides could change, or the gods might decide to look somewhere else, unflinching in their decision, uncaring of the mortals’ pleadings.

The gentle and bespectacled patriarch with the youthful haircut, Mon Benitez, shook me out of my ponderings. The warmth of his voice couldn’t hide the colossal undertaking that the number 300 demanded. But I still have yet to see Mon shaken, or unnerved, or petrified. His calm demeanor helped held together 13 years of publication across 131 issues. His taste discriminates. His elegance enthralls. Now, this! 300 personalities given the poshest platform to inspire. To the uninitiated, the previous yearly 100 is aspirational. To the weakling, the current 300 is death-defying.

He pointed to the direction of his other half, the Matriarch whose attention-grabbing huge earrings were no match against her undeniable eloquence. She was busy interviewing Illac Diaz, whose Liter of Light project made him meaningfully famous than being an actor. She was in her element, exchanging ideas peppered with opinions that were sometimes acerbic, often encouraging, but mostly satisfying. Paradoxical, she is. She could be caring for one minute and intimidating the next. What is consistent, aside from her vision to help global Filipinos flourish, is how well-put she is: statuesque both in dignity and beauty. I consider her to be the face of Illustrado, for she has that rare combination of the savvy charm of Machiavelli, the greatness of Ozymandias, and the sublimely-intentioned advocate of all things Filipino. Projecting this bigger than life persona yielded her power, and she could gather the moneyed, the intellectuals, the moneyed who are also intellectuals, the selfless and the pretenders, the accomplished, and the wannabees, to where others could only dream of. Yet, she can be very vulnerable, easily hurt by the people she loves. She is truthful to those she values, her words often unvarnished, and she told me once, “they come from a good place in my heart.”

I didn’t want to disturb her, so I approached the visibly tired but still, and always, upbeat Paolo Gabriel Benitez, whom I usually mistake for his brother, Antonino Benitez. Postdating the generation that started Illustrado, I could surmise with the abundance of parental semblances that the premium Illustrado blood will continue to flow, that the legacy will remain steadfast, probably will even creatively push the boundaries of potential reform yet remain deeply-rooted in their parents’ DNA: championing the world-class Filipinos. Theirs is a family that dances between progressivism and the value-laden traditionalism, where “work hard and keep your mouth shut” mentality is frowned upon. And, luckily enough, the two greatly benefitted from their parents’ public intellectualism, resonated in their love for high aesthetics and constructivist art. In hindsight, between the two siblings, it’s Paolo who is increasingly becoming the mother. The more I interact with Paolo either in person or personal chats, the more I see – feel – Lalaine in him.  But my spirit is kindred with Antonino’s. Like mine, his heart thumps words. A self-effacing TEDx speaker who’s impressively trilingual, his abstractions inform and persuade, a feat that few in his generation could claim.

I was curious to see how the small team behind the formidable Illustrado Magazine was able to gather these distinguished personalities, let alone the team of world-class photographers. It is not uncommon to see in every Illustrado event the award-winning Rozen Antonio who stuns and dazzles as a sought after fashion photographer; the debonaire Jef Anog, an accountant by profession who found his passion in glamour photography whose exhibits are as acclaimed as the muses he photographs; the dynamic Ace Reyes, whose works include many of the most respected brands in the UAE; the well-respected and extraordinary visual storyteller, Donell Gumiran, whose evocative portraits and travel photographs earned him numerous awards from all over the globe; the youthful Bethoven Filomeno who made a debut in this issue, whose works have been featured both in local and international magazines and is also an educator by profession; the international photographer Alex Callueng, whose editorial and commercial masterpieces landed on the pages of Vogue Arabia and Harpers’ Bazaar ME among notable others; and there’s Eros Goze, who photographed dignitaries, celebrities, models, leaders, and ordinary persons who have stories to tell, earning him the moniker, ‘The People’s Photographer.’

Then there’s the fashion crew – the forecasters, the trendsetters, and the stylists – the industry’s giants: The MetroSapiens – Khel Recuenco and Ivan Cabatit who are certified University of Arts London Personal Stylists and co-founders of Style Curators-Dubai; Central Saint Martin’s London certified Gweys Soriano had styled the likes of Celine Dion and German-Turkish actress Meryem Uzerli; make-up artist Mau Piodena IV, whose clients also include both local and international brands; Ron Babao and Jaemie Limbo, who handled significant brands in the industry; the nuanced Hyku Desesto of Hyku D Photography, a good friend of mine, who has collaborations that are the envy of many- Vogue Arabia, Burberry, D&G, and Netflix, to name a few; and then there’s Melon Quinzon Perez, the top-notch director whose obsession for challenges won her several directorial and film awards at the Emirates Short Film Festival.

For this Legacy Issue, they came in full force, willfully. They came asking nothing in return, for they knew what Illustrado aspires for. They see the whole picture, not just the magazine’s mythologized glory. They understand what it collectively represents, not just their own accomplishments. Artists, by their very ethos, are always willing to support the worthwhile because they knew that selfless contribution yields the most profound joy.

On the one hand, it is believability. Believability breeds credibility. Credibility stems from truthfulness. It is not surreal but divine, not uncanny but sublime, to say that Illustrado is truthful, credible, and believable. If not, it won’t be able to gather exceptional talents and world-class achievers in one room. If not, it won’t generate a sense of urgency and enthusiasm from those selected. If not, its popularity will be an offense to what is good. The fact that it isn’t and bitter haters are but a dime, people know in the privacy of their hearts that nothing is more believable among Filipino lifestyle platforms in the Gulf in existence today than Illustrado itself.

On the other hand, is its philosophy. When I first saw the magazine, I immediately grasped what it wanted to become- to promote the Filipino identity in a distinctive approach: glossy, premium, and sincere. A social enterprise, the team calls it, and not your usual gossip-mongering and click-baiting vulgarities. It aims to nurture genuine Filipino talents and recognize achievements. It inspires; just read its content. It amazes; just feel how premium it is. It encourages; just watch its journey and how it opens the doors to those who dream.

True, the journey to 300 is an act of magnanimity. 100 has become limiting as more Filipinos, some inspired by the examples of the hundred, are creating impact. Yet, to a team of six, the task could be daunting. I would imagine bloody days and nights conceptualizing, brainstorming, deciding, gathering, seeking, asking, and editing. Artists and intellectuals don’t necessarily see eye to eye. The former are generally emotional—the latter, rational. Emotions could run high, and certain holes could gape. Such could be the narrative of the journey that led to 300.

I left. Not right on the dot. But my thoughtful experience made it even more magical. Even more surreal.

Professor of Philosophy at the American College of Dubai, multi-awarded educator RexVenard Bacarra says of himself – “I may be bad in folding a fitted sheet and horrible in parallel parking.  But, I am excellent in chewing the maggots of the philosophical universe.  Maybe…”  True to form, this modern-day ‘Filosopo Tasio” shares with us his thoughts on a myriad of relevant topics – this time, shedding light on the team and the intentions behind the much-celebrated Illustrado initiative.  Follow Dr. Rex Bacarra on Twitter: @rexbacarra

Read more about the Illustrado 300

Illustrado 300 Most Influential Filipinos in the Gulf 2020 The largest gathering of Filipino Game Changers, Legacy Honorees, Trailblazers, Thought Leaders and Tastemakers in the Gulf Region.  We capture a slice of Philippine history in the region as told through Filipino stories of success. Available for orders now! Order from 1, 2, 5, or more.  Simply …

Shaima Hormillosa – Illustrado 300 Most Influential Filipinos in the Gulf

Most Influential Filipinos in the Gulf: Ambassador Renato Pedro Villa

Ambassador Renato knows firsthand what it feels like to be an overseas Filipino worker. He held a post in Saudi Arabia as technical writer before moving on to work with the Department of Foreign Affairs.

Tastemaker – Dexter Dalisay  Commercial Model and Actor  Dubai-based engineer, model, and actor Dexter Dalisay could very well be “the” handsome face of the Filipino community in the UAE.  He has starred in numerous commercial campaigns; the most recent ones include projects for Dubai Holdings, Etisalat, British Council UAE, Jashanmal, and Marhaba among others. He … 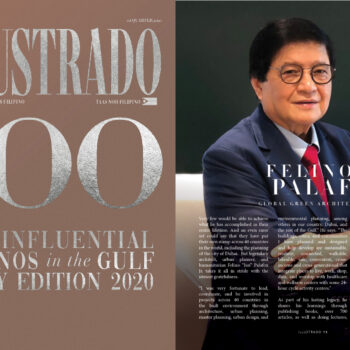 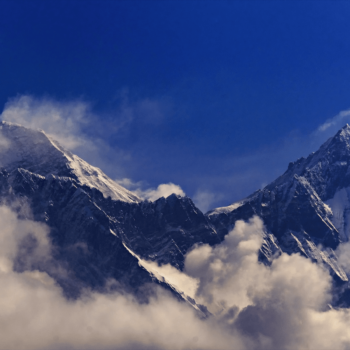