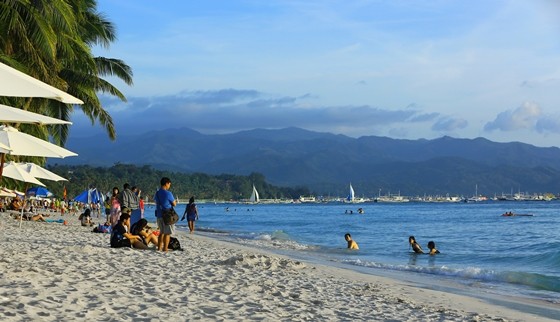 Sure, the first attraction is the incomparable beach, where you may romp on the powder-finest white sand in the country, wade out to the gentle surf that comes with clear, chartreuse waters in the best of seasons, or just lay back and bathe in the sun while taking it all in: You’re on fabled White Beach where paradise mongers from all over the world parade the whole day, especially when another photo-happy sunset dramatically unfolds its wondrous spectacle.

Or you can join this procession, walk from end to end, from the southern extremity lorded over by Asya Premier Resort with its rocky crags— so private since not too many beachcombers take the trouble of reaching it — all the way northwards past the broad expanse of sand fronting other top-of-the-line resorts such as Discovery, near where the outcropping grotto is an offshore feature, to the very end of White Beach that is Boracay Terraces Resort, a pioneer, and even past that to the smaller Diniwid Beach, where Nami Resort offers cliffside lodging and massage-with-a-view.

Then you would have covered the former drop-off points by banca from Caticlan in the mainland, from the southern end’s Station 3 to well past Station 1. These days, those terms seem only to refer to certain unbounded areas, since ingress to any lodging destination is done by tricycle, multi-cab or van from the main jetty port where the Caticlan ferry crossing ends. You do it by the back way, through a jumble of narrow streets and alleys. Gone is the vintage excitement of seeing White Beach draw close when you used to disembark right on the sand, backpacks or heavy luggage and all.

But then Boracay changes, faster and faster, not always for the better. It becomes a question of when the tipping point is reached. Already, an online petition has been mounted to save one particular (yet unfrequented) beach and the tropical forest that backdrops it. Friends of the Flying Foxes has been mounting a campaign for the preservation of Puka Shell Beach and the Yapak forest which has been the habitat of flying foxes, or fruit bats, that even cross over to the Aklan mainland for its seed germination habits.

Of the three species, one is endangered: the endemic Golden-Crowned Flying Fox (Aceradon jubatus). This we learned only recently, on an early summer break on the island. At Boracay Terraces Resort, now run by the family of our dear departed friend Steve Tajanlangit, drink concoctions honor the crusade for the flying foxes, with part of the proceeds supporting the advocacy led by Lara Tajanlangit Buenaventura, eldest daughter.

We had also come in time for the inaguration of Steve’s Cliff, an extension of the resort’s 7,107 Islands resto-bar. The area, a series of well-shaded niches and terrace ensconced among cliff rocks, used to be Steve’s favorite work and lounge area. That day, several chefs from Boracay’s top restos paid tribute by coming up with an array of cocktail appetizers. Most memorable was the bacon-wrapped prawns by Sonny de Ocampo, Pinoy, Aussie-schooled in the kitchen, and now the master chef behind Wahine and a few other island eateries.

A new discovery over that weekend was Los Indios Bravos, namesake of the celebrated café in Malate of the late 1960s, frequented by bohemian artists, writers, and the culturati. Just a bit out of the way, towards Bulabog Beach where 7 Stones Boracay Suites is located, the gastropub has attracted a good clientele in only four months since it opened. We happened to meet with one of the partners behind it, Tantan Rosal, who had initially been a scuba expert before he spun off into culinary enterpreneurship.

Speaking of Boracay’s culinary attractions, none has been as steadfast as Dos Mestizos, long acclaimed as arguably the island’s best resto. Run by Bora pioneer Binggoy Remedios, it has steadily gained a loyal following through word-of-mouth-and-blog recommendations since he opened it nearly a decade ago.

Binggoy’s a been-there-done-that kind of guy, ranging from Mindanao to the Visayas in his youthful years, as well as California, where he recalls having stepped in once into an unpretentious but quality eatery billed as Two Boys from Italy. That experience served as the inspiration behind Dos Mestizos, which he established with a partner who has since passed away.

Given histisoy-bisoy lineage, Binggoy is much at home with Spanish comfort food, which he proudly calls classical dishes. Saturdays are Tapas Buffet nights, with an array of exquisite offerings. 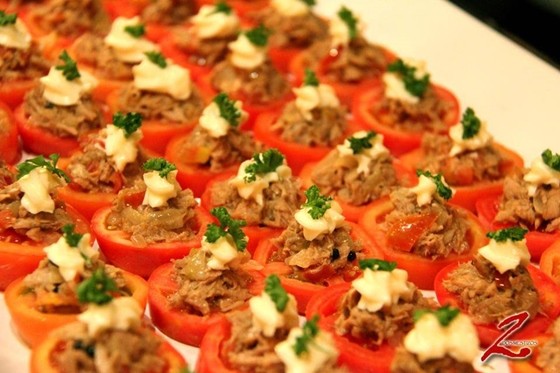 Dos Mestizos (on Remedios Street, or where the police station stands, by Station 2) has been such a success story that Binggoy has been asked to open another Spanish resto, this time at Fairways & Bluewater. Named Rojo, the venue is for formal dining, with red tablecloths establishing the theme. Here he has more liberty to experiment with Spanish fare. Much as he is averse to serving “fusion” dishes, the offerings are different from those at Dos Mestizos, from the Ensaladas, Sopas y Potajes, Curados y Quesos, to dishes “From the Grill”: Black Angus Beef Tenderloin or Beef Ribeye, Herbed Grilled Chicken Breast, and Grilled Seafood Platter. Also in the menu are his regular Tapas and Paella Valenciana, then the following special entreés: Duck Leg Confit, Beef Ragu, Braised Lamb, Fillet of Salmon, and Langostinos Alli Olio.

So when in Boracay, make sure to join Binggoy Remedios’ increasingly expanding clientele. It certainly makes an island visit even more memorable.

Oh, and there’s another new feature we learned about last March. Off Caticlan in the town of Malay is Barangay Nabaoy, which hosts the Motag Living Museum — an enchanting immersion into farm life, from romping with carabaos in muddy rice fields to engaging with children in rural play and women weaving baskets and toys.

Set up by Barangay Captain Nenette Aguirre Graf, with British lady Louise serving as an articulate guide, the tour can take two to three fascinating hours. It has become popular with city folk and foreigners visting Kalibo and Boracay.

A stone’s throw is Finca Verde, a wellness spa that’s also in a farm setting, with a pristine stream runing right through it. This is where Binggoy Remedios and his wife Nina and daughter Chabeli have made a home, only half an hour’s commute to Boracay. Here the food they serve come mostly from their own herb garden.

For now the four available native huts are reserved for friends. But they’ll soon open it to other guests, for yet another experience to savor, when in Boracay.

Illuminati: Creativity and the Awesome Pinoy

The Making of the Pinoy Male

Month of Fixation and Obsession: Getting that fix(ed)!