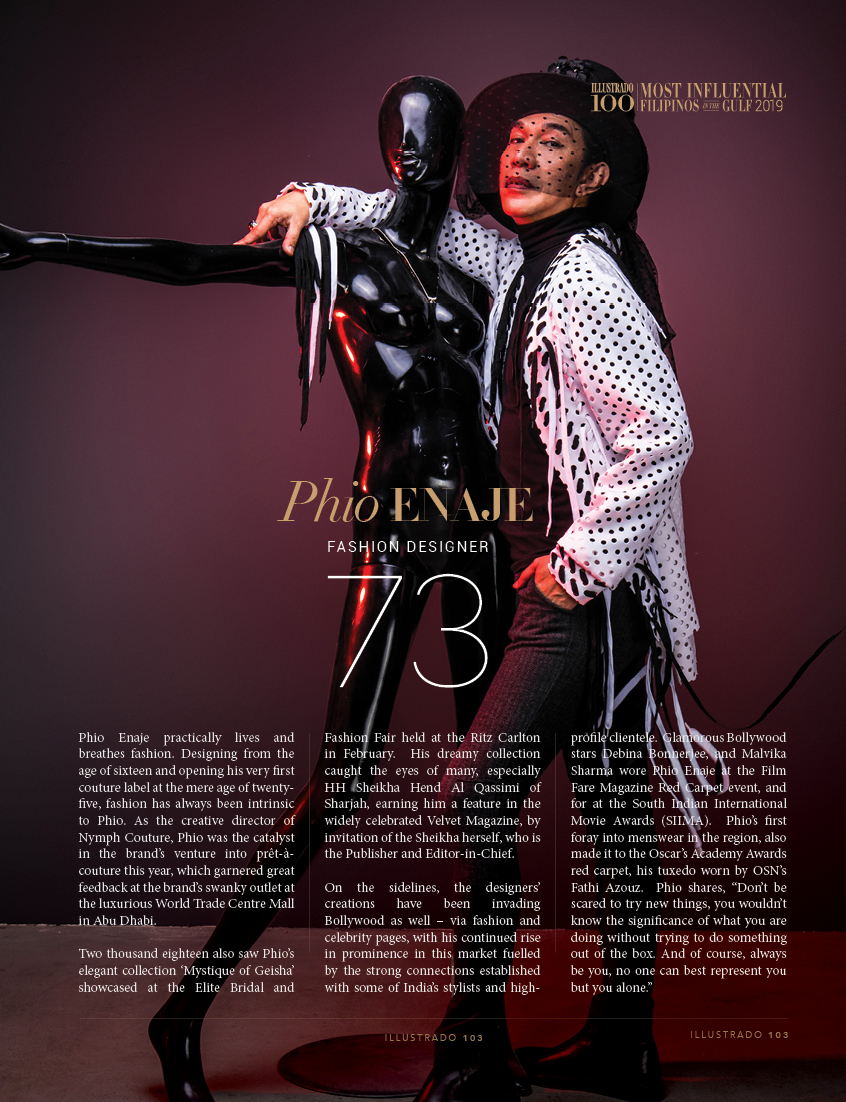 Phio Enaje practically lives and breathes fashion. Designing from the age of sixteen and opening his very first couture label at the mere age of twenty-five, fashion has always been intrinsic to Phio. As the creative director of Nymph Couture, Phio was the catalyst in the brand’s venture into prêt-à-couture this year, which garnered great feedback at the brand’s swanky outlet at the luxurious World Trade Centre Mall in Abu Dhabi.

Two thousand eighteen also saw Phio’s elegant collection ‘Mystique of Geisha’ showcased at the Elite Bridal and Fashion Fair held at the Ritz Carlton in February.  His dreamy collection caught the eyes of many, especially HH Sheikha Hend Al Qassimi of Sharjah, earning him a feature in the widely celebrated Velvet Magazine, by invitation of the Sheikha herself, who is the Publisher and Editor-in-Chief.

On the sidelines, the designers’ creations have been invading Bollywood as well – via fashion and celebrity pages, with his continued rise in prominence in this market fuelled by the strong connections established with some of India’s stylists and high-profile clientele.  Glamorous Bollywood stars Debina Bonnerjee, and Malvika Sharma wore Phio Enaje at the Film Fare Magazine Red Carpet event, and for at the South Indian International Movie Awards (SIIMA).  Phio’s first foray into menswear in the region, also made it to the Oscar’s Academy Awards red carpet, his tuxedo worn by OSN’s Fathi Azouz.  Phio shares, “Don’t be scared to try new things, you wouldn’t know the significance of what you are doing without trying to do something out of the box. And of course, always be you, no one can best represent you but you alone.” 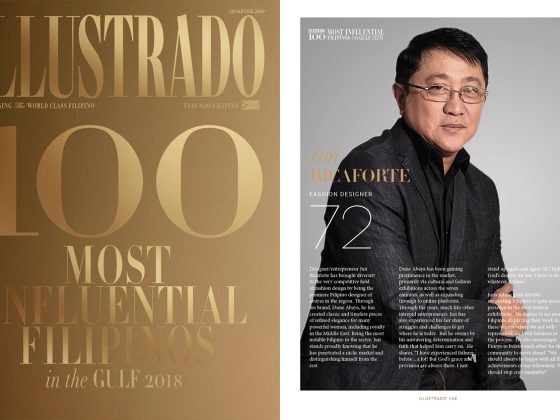 Jun Ricaforte – Most influential Filipinos in the Gulf 2018 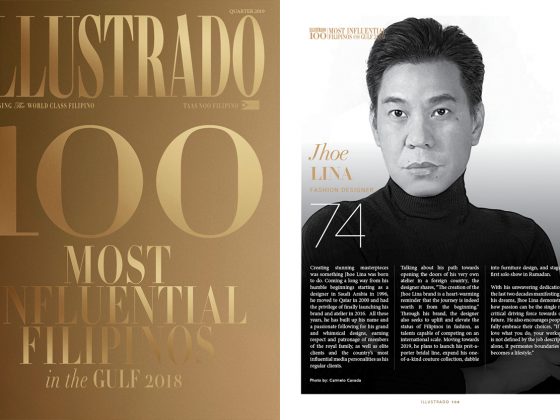 Jhoe Lina – Most influential Filipinos in the Gulf 2018 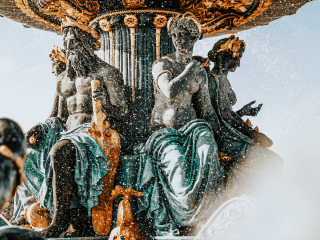 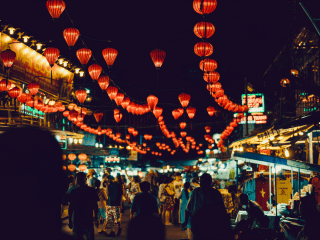 Travel Tips from Locals in Your Fave Cities: Hanoi, Vietnam