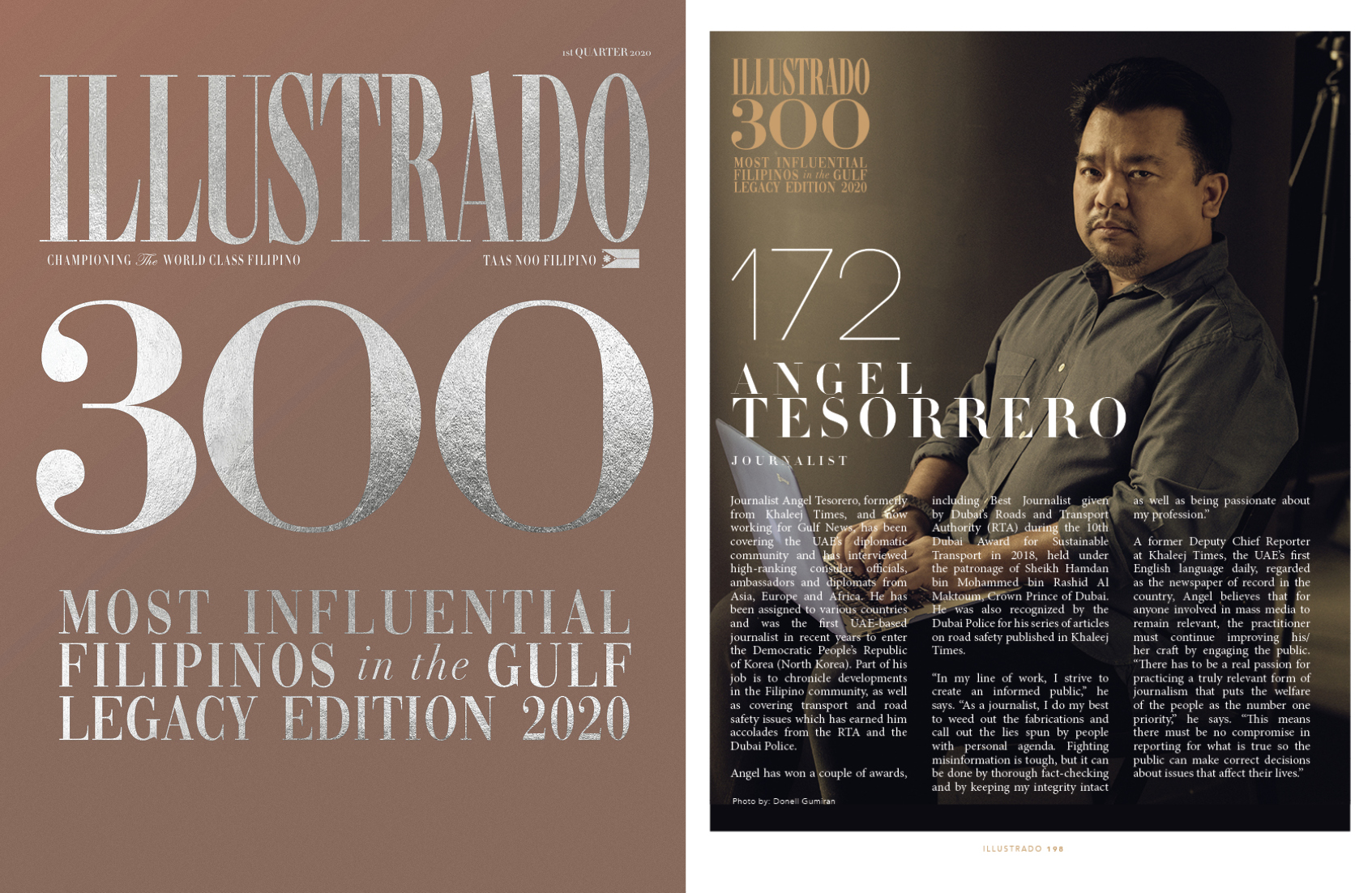 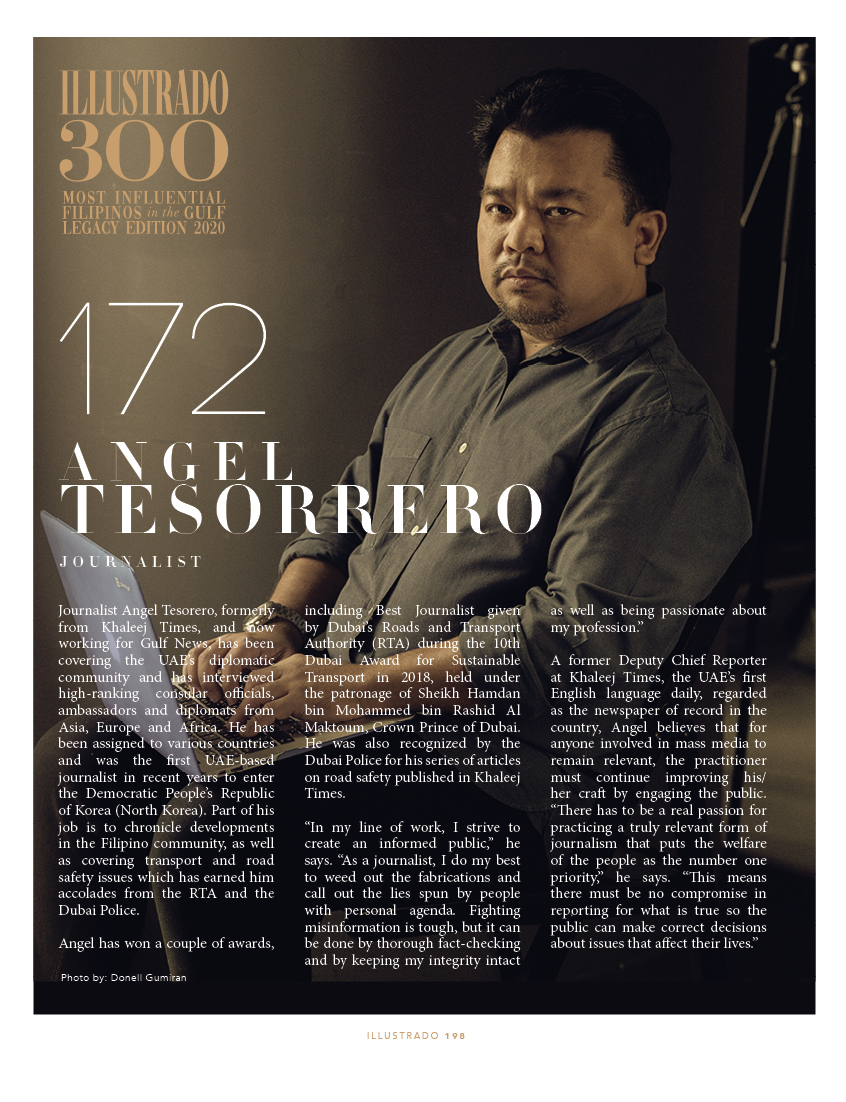 Journalist Angel Tesorero, formerly from Khaleej Times, and now working for Gulf News, has been covering the UAE’s diplomatic community and has interviewed high-ranking consular officials, ambassadors and diplomats from Asia, Europe and Africa. He has been assigned to various countries and was the first UAE-based journalist in recent years to enter the Democratic People’s Republic of Korea (North Korea). Part of his job is to chronicle developments in the Filipino community, as well as covering transport and road safety issues which has earned him accolades from the RTA and the Dubai Police.

Angel has won a couple of awards, including Best Journalist given by Dubai’s Roads and Transport Authority (RTA) during the 10th Dubai Award for Sustainable Transport in 2018, held under the patronage of Sheikh Hamdan bin Mohammed bin Rashid Al Maktoum, Crown Prince of Dubai. He was also recognized by the Dubai Police for his series of articles on road safety published in Khaleej Times.

“In my line of work, I strive to create an informed public,” he says. “As a journalist, I do my best to weed out the fabrications and call out the lies spun by people with personal agenda. Fighting misinformation is tough, but it can be done by thorough fact-checking and by keeping my integrity intact as well as being passionate about my profession.”

A former Deputy Chief Reporter at Khaleej Times, the UAE’s first English language daily, regarded as the newspaper of record in the country, Angel believes that for anyone involved in mass media to remain relevant, the practitioner must continue improving his/her craft by engaging the public. “There has to be a real passion for practicing a truly relevant form of journalism that puts the welfare of the people as the number one priority,” he says. “This means there must be no compromise in reporting for what is true so the public can make correct decisions about issues that affect their lives.”

Tastemaker – Dexter Dalisay  Commercial Model and Actor  Dubai-based engineer, model, and actor Dexter Dalisay could very well be “the” handsome face of the Filipino community in the UAE.  He has starred in numerous commercial campaigns; the most recent ones include projects for Dubai Holdings, Etisalat, British Council UAE, Jashanmal, and Marhaba among others. He …

Menon – Illustrado 300 Most Influential Filipinos in the Gulf

Tastemaker: Menon Hiphop Artist Bringing a unique angle to his rap that is truly ‘eclectic and multicultural Dubai,’ half Filipino and half Sri-Lankan, Gerrard Anthony Menon has pulled influences from his Third Culture Kid (TCK) background combined with Middle Eastern flavor and lyrical mastery in order to churn out his signature beats.  Born between two …

Rowena has gained the respect and admiration of the Filipino community in the UAE for her magnificent strides with Toastmasters International – a non-profit organization that conducts communication and leadership training worldwide. 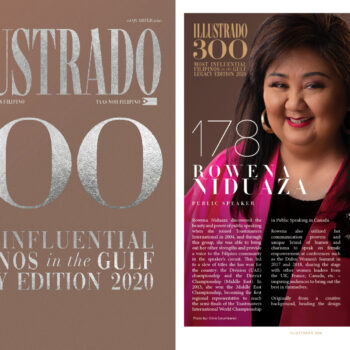 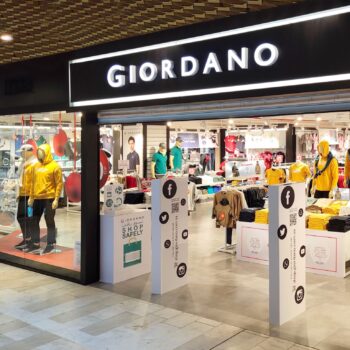