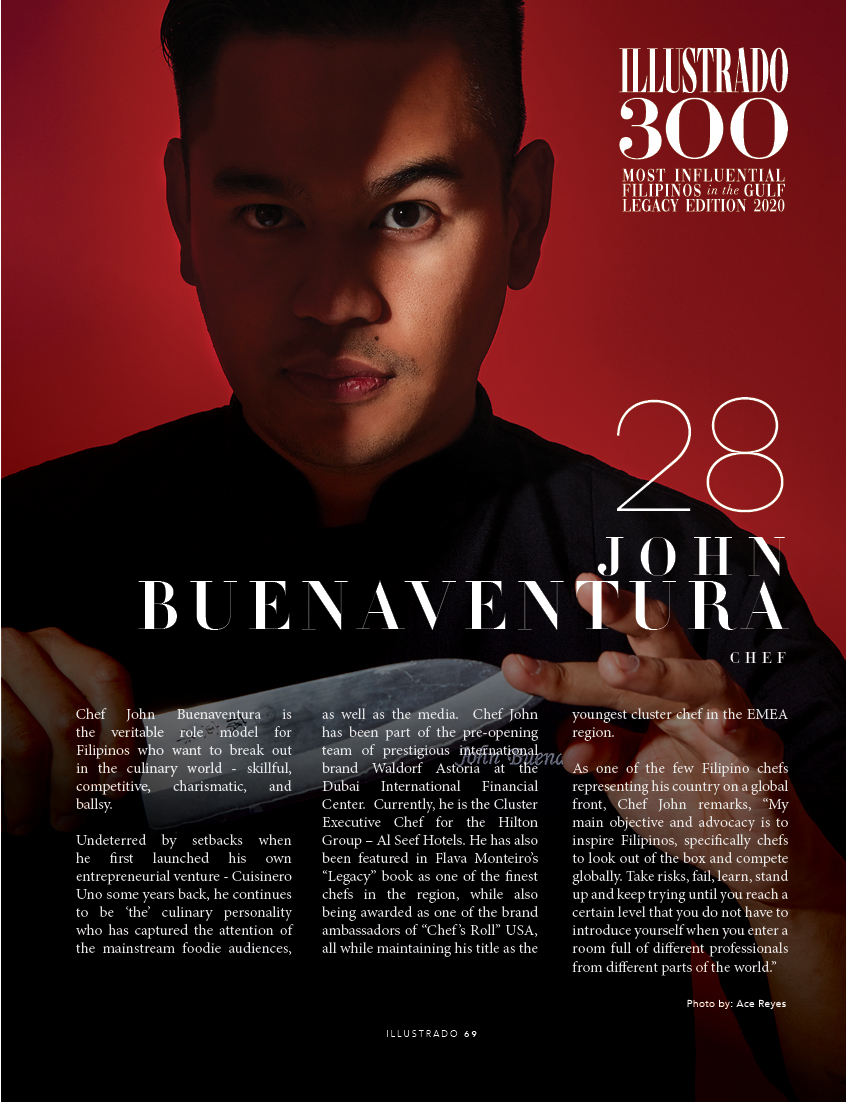 Chef John Buenaventura – Illustrado 300 Most Influential Filipinos in the Gulf

Chef John Buenaventura is the veritable role model for Filipinos who want to break out in the culinary world – skillful, competitive, charismatic, and ballsy.

Undeterred by setbacks when he first launched his own entrepreneurial venture – Cuisinero Uno some years back, he continues to be ‘the’ culinary personality who has captured the attention of the mainstream foodie audiences, as well as the media.  Chef John has been part of the pre-opening team of prestigious international brand Waldorf Astoria at the Dubai International Financial Center.  Currently, he is the Cluster Executive Chef for the Hilton Group – Al Seef Hotels. He has also been featured in Flava Monteiro’s “Legacy” book as one of the finest chefs in the region, while also being awarded as one of the brand ambassadors of “Chef’s Roll” USA, all while maintaining his title as the youngest cluster chef in the EMEA region.

As one of the few Filipino chefs representing his country on a global front, Chef John remarks, “My main objective and advocacy is to inspire Filipinos, specifically chefs to look out of the box and compete globally. Take risks, fail, learn, stand up and keep trying until you reach a certain level that you do not have to introduce yourself when you enter a room full of different professionals from different parts of the world.”

Phoenix rising from the ashes

2018 was a harrowing year for Chef John Buenaventura.  After a spectacular year marked by significant media attention and patronage by prominent public figures, including a visit from HH Sheikh Hamdan bin Mohammed bin Rashid Al Maktoum, himself, his highly celebrated restaurant Cuisinero Uno, succumbed to market difficulties and eventually closed its doors. Chef John shares, “Unfortunately, a business cannot be fueled only by passion. The market has been very tough and brutal.” Going through the difficult journey of picking up the pieces, Chef John recounts, “I had to go through it and charge through the fear.”

Then just like a phoenix rising from the ashes, he scores his next coup and is now about to embark on a new chapter. Recently appointed Executive Sous Chef as part of the pre-opening team of luxury hotel Waldorf Astoria DIFC, he and his team will be handling the entire F&B production and operations for all of the brand’s restaurants and dining concepts.

“I am very proud to be part of an elite team once again and to be able to raise the bar as the only Filipino member of the Executive Team.  It is an affirmation and a blessing.  It reminded me that dwelling on challenges would never do you any good. You just need to be positive and keep moving forward.”

Unfazed by the ups and downs, this real-life Rockstar Chef’s tenacity is something we can all learn from.  He says giving up is never an option and stays fired up by his dreams and the eventual return of his brand which once raised the Filipino profile in the Dubai culinary scene. “I learned a lot through this experience, that we are just being prepared for a better Cuisinero Uno and we will never stop. You have not seen the last of us.”

100 Most Influential Filipinos in the Gulf: Chef John Buenaventura – Restauranteur

What does it take to run one of Dubai’s hottest conceptual food spots du jour? CEO of Cuisinero Uno, Chef John Buenaventura has been leaving foodies raving with his restaurant’s original tapas creations. As a young entrepreneur putting his stamp on the local food scene while changing the game for Filipino restaurateurs who mostly prefer to be comfortable within the community niche, it has been sheer blood, sweat, and tears that lead him to where he stands now. Armed with fifteen years of hardcore culinary experience, John expresses that despite the long hours, the roller coaster of entrepreneurship, and the hundreds of cuts and bruises, he couldn’t imagine dedicating himself to anything else.

It requires sheer gumption to enter the culinary industry, let alone break the glass-ceiling.  But John admits that his courage stems both from his fear of being mediocre, and his desire to embolden Filipinos so that they too can see the value in challenging one’s limits: “My bravery comes from the fear of being average and not making a mark or impact on society. We as Filipinos are genetically creative, hardworking, and awesome people! Get out of the “okay na ko dito” mentality! Step out of your comfort zone, and set bigger boundaries. With the proper mindset and goal, we can do wonders.”

Having achieved so many feats early in his career, nothing can curb this young chef’s hunger to continue growing and excelling in his craft. He shares: “To grow, profit, and expand the restaurant in other fields relating to food and beverage, and to be recognized as the first Filipino Michelin star chef. That’s the ultimate dream.”

Danielle Francisco – Illustrado 300 Most Influential Filipinos in the Gulf

Danielle Francisco Entrepreneur – Podcaster  Entrepreneur, founder, and host of the Middle East business podcast ‘Drive to Succeed,’ Danielle Francisco equips aspiring entrepreneurs with strategic knowledge and insight to help them grow. He has also interviewed experts from different fields and covered various topics towards self-development. Over his career, he has identified that consultants, coaches, …

Steve Patrick Moore – Illustrado 300 Most Influential Filipinos in the Gulf

#taasnoofilipino Charming Filipino-American TV personality and sports announcer, Steve Patrick Moore was born to talk in front of the camera. From being an inquisitive and articulate high school kid making class presentations and joining quiz bees on TV, to taking up Broadcast Communication in college, Steve has grown into a host of world-class sporting events. #illustradomagazine #100MIFG

Extraordinary he is – ‘The One and Only.’ Heading a couture brand – Amato – as its founder and artistic driving force for the longest time now, it goes without saying that Furne One is a consummate master of his craft. #illustradomagazine #taasnoofilipino

Dawn Almario – Illustrado 300 Most Influential Filipinos in the Gulf 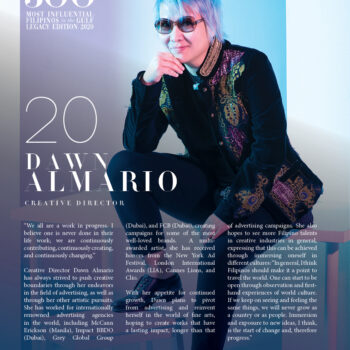 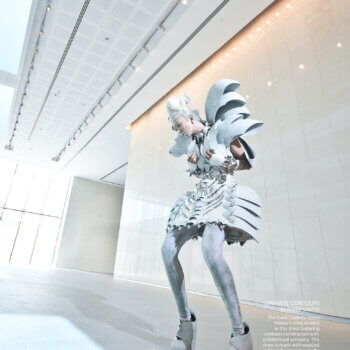