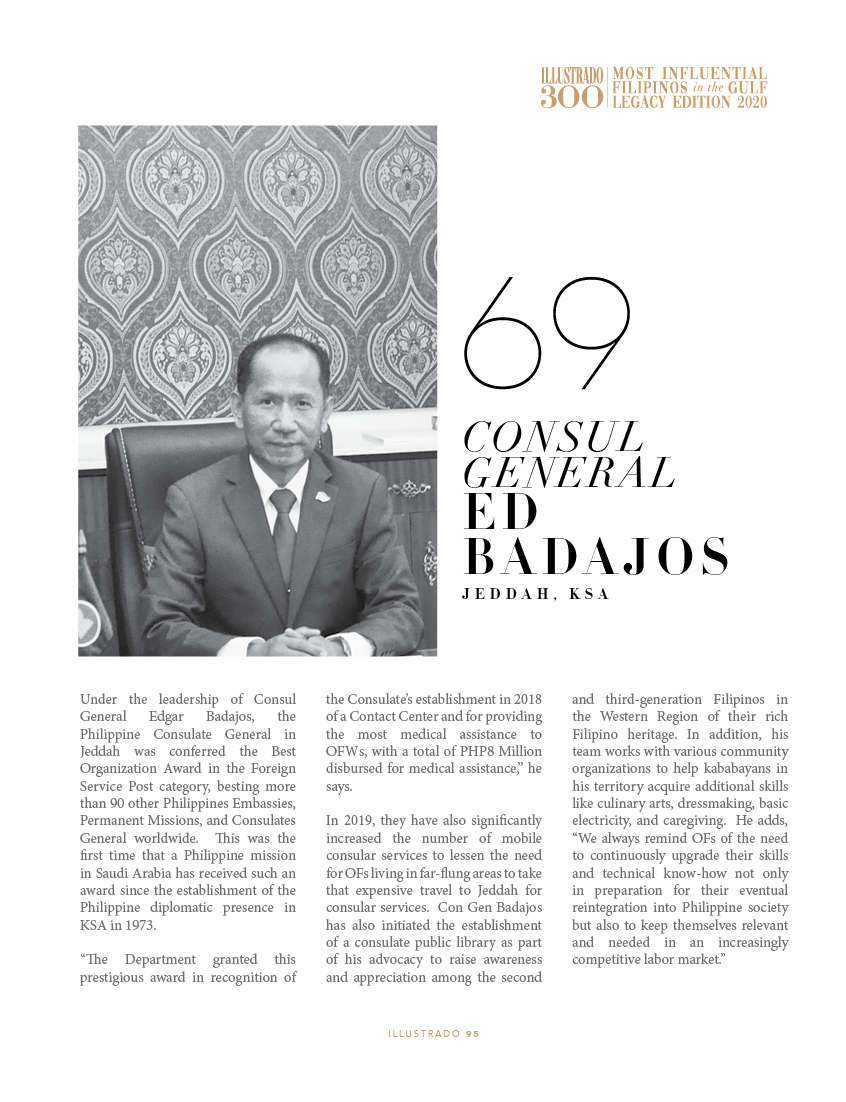 Under the leadership of Consul General Edgar Badajos, the Philippine Consulate General in Jeddah was conferred the Best Organization Award in the Foreign Service Post category, besting more than 90 other Philippines Embassies, Permanent Missions, and Consulates General worldwide.  This was the first time that a Philippine mission in Saudi Arabia has received such an award since the establishment of the Philippine diplomatic presence in KSA in 1973.

“The Department granted this prestigious award in recognition of the Consulate’s establishment in 2018 of a Contact Center and for providing the most medical assistance to OFWs, with a total of PHP8 Million disbursed for medical assistance,” he says.

In 2019, they have also significantly increased the number of mobile consular services to lessen the need for OFs living in far-flung areas to take that expensive travel to Jeddah for consular services.  Con Gen Badajos has also initiated the establishment of a consulate public library as part of his advocacy to raise awareness and appreciation among the second and third-generation Filipinos in the Western Region of their rich Filipino heritage. In addition, his team works with various community organizations to help kababayans in his territory acquire additional skills like culinary arts, dressmaking, basic electricity, and caregiving.  He adds, “We always remind OFs of the need to continuously upgrade their skills and technical know-how not only in preparation for their eventual reintegration into Philippine society but also to keep themselves relevant and needed in an increasingly competitive labor market.”