Dimitri Tolenaars – Illustrado 300 Most Influential Filipinos in the Gulf 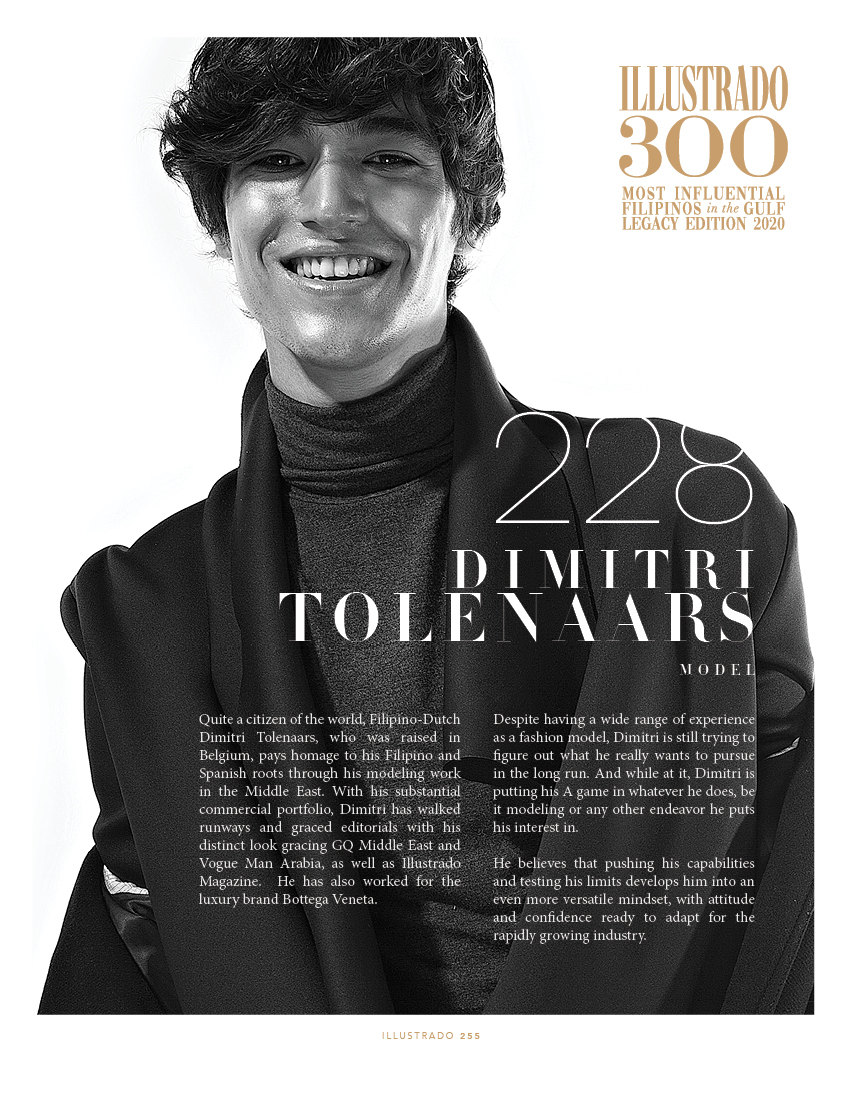 Quite a citizen of the world, Filipino-Dutch Dimitri Tolenaars, who was raised in Belgium, pays homage to his Filipino and Spanish roots through his modeling work in the Middle East. With his substantial commercial portfolio, Dimitri has walked runways and graced editorials with his distinct look gracing GQ Middle East and Vogue Man Arabia, as well as Illustrado Magazine.  He has also worked for the luxury brand Bottega Veneta.

Despite having a wide range of experience as a fashion model, Dimitri is still trying to figure out what he really wants to pursue in the long run. And while at it, Dimitri is putting his A game in whatever he does, be it modeling or any other endeavor he puts his interest in.

He believes that pushing his capabilities and testing his limits develops him into an even more versatile mindset, with attitude and confidence ready to adapt for the rapidly growing industry.