Drinking Alcohol in the UAE: Why Intoxication Is A Serious Crime

Drinking Alcohol in the UAE: Why Intoxication Is A Serious Crime

Drinking Alcohol in the UAE: Why Intoxication Is A Serious Crime?

Alcohol intoxication is a serious offense in Muslim jurisdictions as evidenced by the gravity of penalty associated to it. A person guilty of illicit sexual relation will be given 100 lashes while alcohol drinking warrants 80 lashes. This is because drinking is considered a crime against the rights of God.

Different Penalties for Muslims and Non-Muslims

The UAE Penal Code, particularly Article 313 of Book 2, Part 5 on Crimes against Religious Faith and Rites provides the penalties for alcohol consumption:

Hadd is a specific punishment prescribed in the Quran such as amputation of the hand for theft, death by stoning or one hundred lashes for illicit sexual relations, and death or banishment for highway robbery. Muslims are prohibited from consuming intoxicants and if caught, the punishment fixed by Quran is eighty lashes. Although Hadd punishment is rarely applied, it is still written in statute books and can be ordered by a judge.

On the other hand, non-Muslims are allowed to consume alcohol only if they hold an alcohol license. If caught drinking without a license, a jail term from 1 to 6 months and/or fine not exceeding AED2,000 can be imposed. In certain instances, a deportation order is also given especially if the crime was committed during Ramadan.

You know what’s as addictive as alcohol? SOCIAL MEDIA! Learn not to abuse it! Click here.

Non-Muslims must have a valid liquor license to consume alcohol, even if done in the privacy of their homes. To apply for a license, the applicant must be non-Muslim, UAE resident, at least 21 years old and earning not less than AED3,000 a month. The documentary requirements are the following:

Those working in the free zone will need to secure NOC from the free zone authority allowing the employee to get a liquor license.

The license is renewable annually.

Alcohol is subject to 30% tax. The Dubai Customs allows arriving passengers to bring in up to 4 liters of alcoholic beverages or 2 cartons of beer (each consisting of 24 cans, not exceeding 355 ml for each can or its equivalent) without paying customs duty.

The alcohol license gives the holder permission to transport reasonable quantity of alcohol purchased from an authorized dealer to his residence using a private vehicle. The license holder can share alcohol to family members aged 21 years and above.

Carrying alcohol in public transportation is illegal. Do not transport alcohol using Dubai Metro. According to Section 2.4 of the Dubai Code of Conduct, alcohol buyers must “respect the local culture by carrying alcohol in paper bags such that it cannot be seen.”

It is recommended to buy alcohol in the emirate which issued the liquor license as the rules on transporting alcohol to another emirate are prone to different interpretations. Moreover, each emirate has its own rules regarding alcohol. Sharjah, for example, being a dry emirate does not allow selling of alcohol (except at the Sharjah Wanderers Club and Sharjah International Airport). Residents of Sharjah with alcohol licenses are permitted to buy alcohol in another emirate and transport it back to their homes. 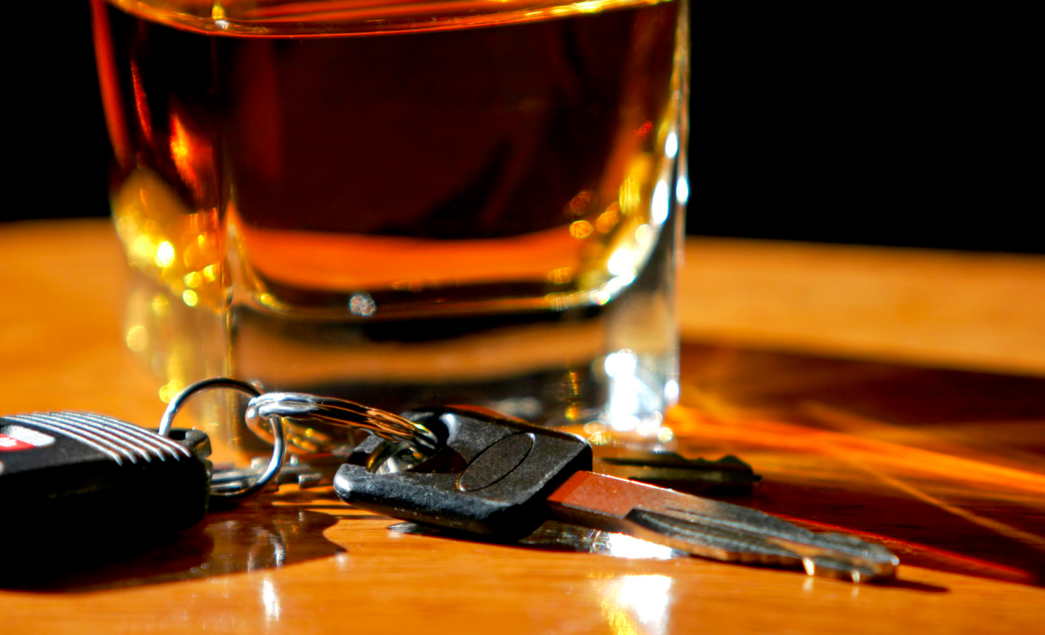 Being Drunk in Public, Drinking and Driving

Possession of an alcohol license enables the holder to purchase alcohol, but does carry with it the right to drink it in public places or to be drunk in public areas. Section 2.2 of the Code states that alcohol consumption shall be confined to designated areas (i.e. at home, licensed restaurants, and venues where alcohol is authorized to be served). Being caught under the effect of alcohol, even in light doses, outside these places can lead to a fine or jail term.

The UAE has adopted a zero-tolerance policy in terms of driving under the influence of alcohol. Anyone found driving with even the smallest dose of booze will face fine, incarceration or deportation (Section 2.3). Drunk drivers involved in accidents run the risk of losing their driving license and loss of insurance coverage. Deportation is a possibility, especially in serious accidents resulting to injuries or death.

Whether heading to happy hour, a birthday, a wedding, or a party, do not overindulge. Getting an alcohol license and drinking in moderation are the most effective ways to sip your spirits without spending some R&R time with the jail warden the following morning. Avoiding alcohol, however, will not only save you from police trouble but is also the best prevention for hangovers.

Are you driving responsibly in the UAE? Check here!

In this issue, Atty. Barney Almazar will advise single mothers ways to cough up the cash from deadbeat dads. In addition to legal tips on how to demand support fathers rush to pay…

Get the latest updates on key legal matters that affect all Filipino expatriates in the UAE. Knowledge is power, folks! Choose to be empowered.

“A noncustodial father has the responsibility to meet his financial obligations to the children he brings to the world. Even if the marriage has been dissolved, the ex-wife may still be entitled to alimony.” Atty. Barney Almazar provides helpful guide on how to collect child support from absentee fathers.

UAE Debt: Avoiding a Debt Sentence in the UAE

So you’ve done your holiday shopping, hit the malls for that iPhone 5s or designer purse, but before you think about taking out that credit card and swiping it for another purchase this year, read Article 401 of the UAE Penal code first:

In Search for Stories

If I got caught drinking alcohol in Sharjah, What will be the legal punishment and If I got imprissoned what will happen afterward? Will I be sent back to my country?