Most Influential Filipinos in the Gulf: Harvey Cenit - Tastemaker 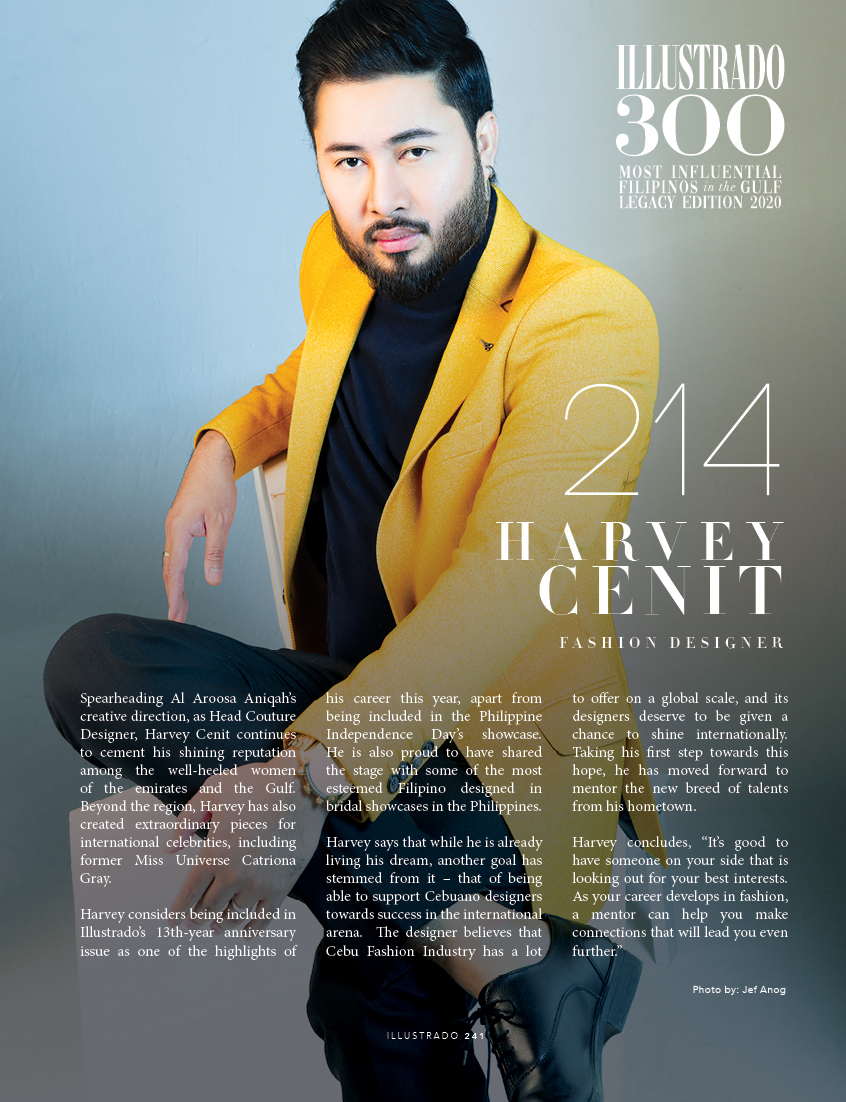 Spearheading Al Aroosa Aniqah’s creative direction, as Head Couture Designer, Harvey Cenit continues to cement his shining reputation among the well-heeled women of the emirates and the Gulf.  Beyond the region, Harvey has also created extraordinary pieces for international celebrities, including former Miss Universe Catriona Gray.

Harvey says that while he is already living his dream, another goal has stemmed from it – that of being able to support Cebuano designers towards success in the international arena.  The designer believes that Cebu Fashion Industry has a lot to offer on a global scale, and its designers deserve to be given a chance to shine internationally. Taking his first step towards this hope, he has moved forward to mentor the new breed of talents from his hometown.

Harvey concludes, “It’s good to have someone on your side that is looking out for your best interests. As your career develops in fashion, a mentor can help you make connections that will lead you even further.” 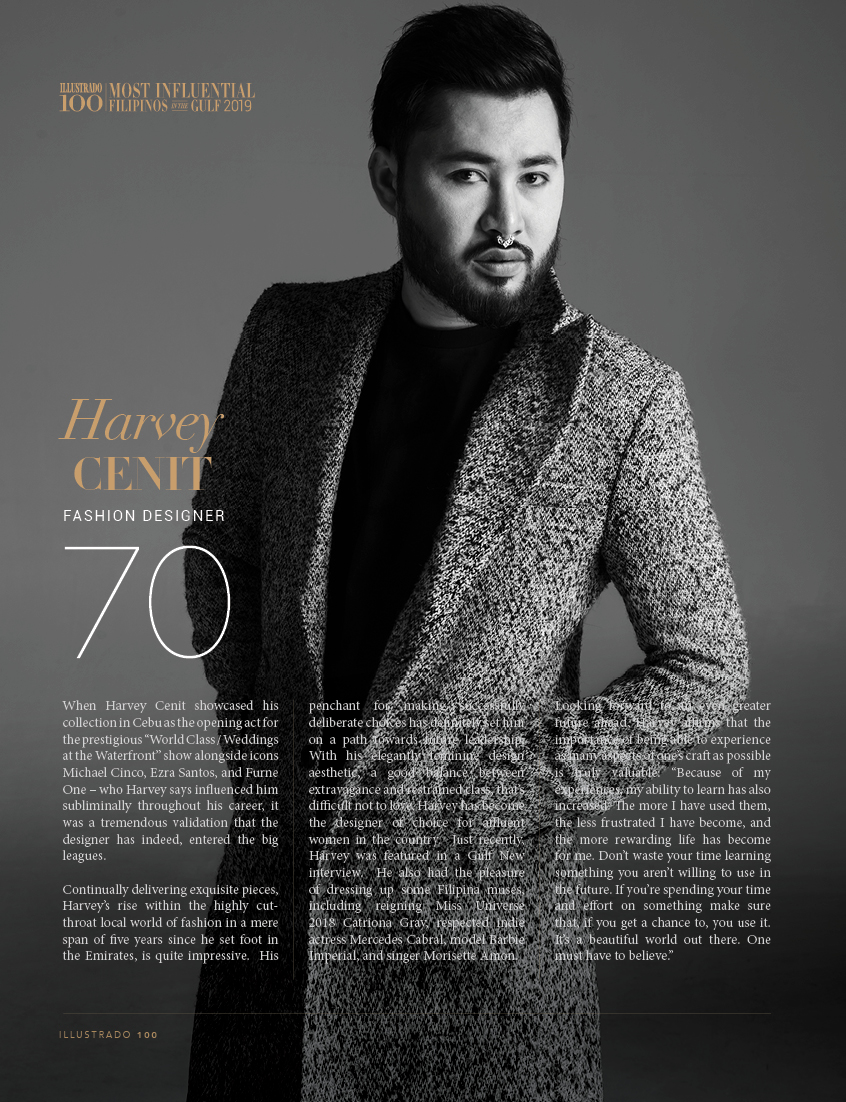 When Harvey Cenit showcased his collection in Cebu as the opening act for the prestigious “World Class / Weddings at the Waterfront” show alongside icons Michael Cinco, Ezra Santos, and Furne One – who Harvey says influenced him subliminally throughout his career, it was a tremendous validation that the designer has indeed, entered the big leagues.

Continually delivering exquisite pieces, Harvey’s rise within the highly cut-throat local world of fashion in a mere span of five years since he set foot in the Emirates, is quite impressive.  His penchant for making successfully deliberate choices has definitely set him on a path towards future leadership.  With his elegantly feminine design aesthetic, a good balance between extravagance and restrained class, that’s difficult not to love, Harvey has become the designer of choice for affluent women in the country.  Just recently, Harvey was featured in a Gulf New interview.  He also had the pleasure of dressing up some Filipina muses, including reigning Miss Universe 2018 Catriona Gray, respected indie actress Mercedes Cabral, model Barbie Imperial, and singer Morisette Amon.

Looking forward to an even greater future ahead, Harvey affirms that the importance of being able to experience as many aspects of one’s craft as possible is truly valuable: “Because of my experiences, my ability to learn has also increased. The more I have used them, the less frustrated I have become, and the more rewarding life has become for me. Don’t waste your time learning something you aren’t willing to use in the future. If you’re spending your time and effort on something make sure that, if you get a chance to, you use it.  It’s a beautiful world out there. One must have to believe.” 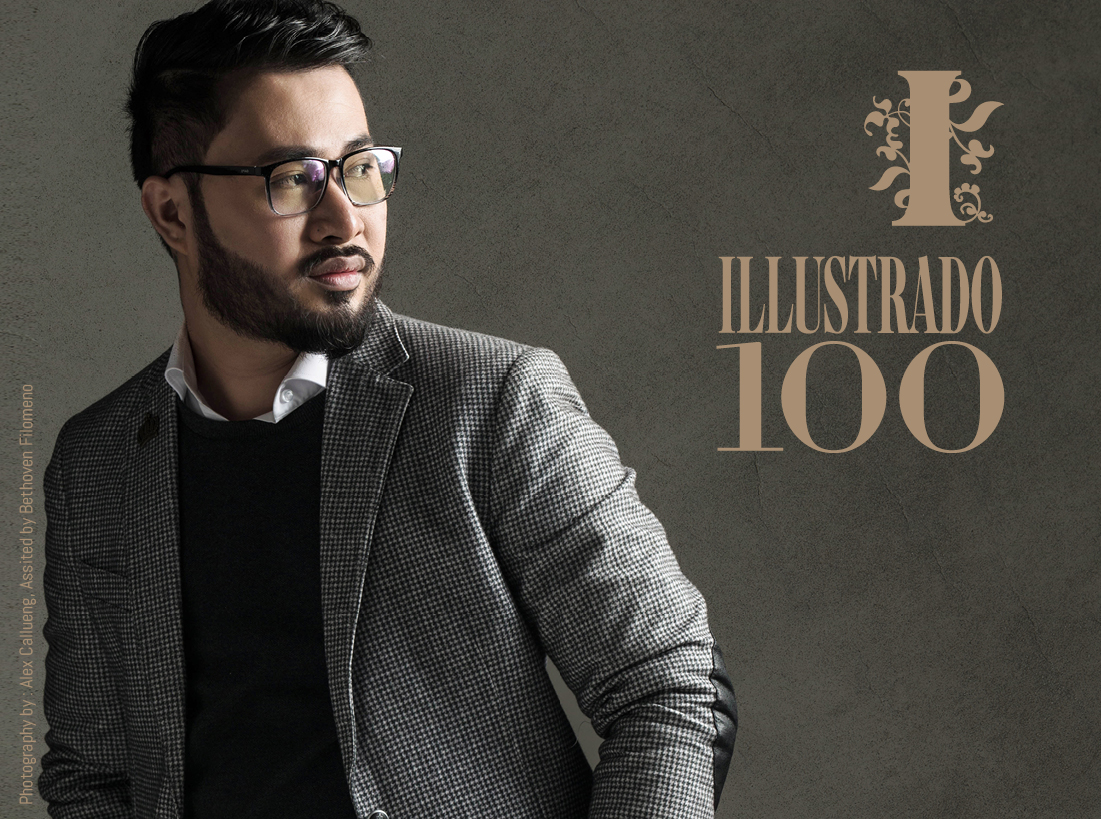 Just over four years in the emirates, at a young age of 29 years old, and yet emerging designer Harvey Cenit is poised to carve a memorable name for himself within the country’s competitive fashion scene.

More than just playing his cards right, Harvey’s got a winning formula for aesthetics that does not come naturally in a region where over-the-top lavishness, often meaning gaudiness, is more the norm than the exception.  His style is that of balance – a delicate tightrope act between classic and contemporary, with one part extravagance, one part elegance, and all parts femininity.

Armed with education in Fine Arts from the University of the Philippines, Harvey has dressed beauty queens, brides and affluent clients including royals, as well as celebrities such as fellow Illustrado 100-lister actor Mercedes Cabral who’s dangerously low plunging neckline Harvey Cenit number caused a paparazzi commotion at the Venice Film Festival a few years ago.

As the Head Designer of fashion house Al Arousa Al Aniqah leading a team of designers and artisans,  Harvey notes how this year has been such a providential time in his career.  “2016 has been the greatest year so far. And it may sound so cliché but it’s all because of the love I have for my craft and everything I do. Every day, I wake up excited to pick that pen up, and let my imagination wander. I treat every dress and gown I make as a work of art. So I make sure I always work hard and do my very best.”

Most Influential Filipinos in the Gulf: Joy Caasi – Tastemaker

Joy Caasi is a digital marketing executive, and a rising star in the blogosphere. Joy compiles travel, lifestyle, food and even DIY ideas via bold, bright and punchy images. Many of her shots are fly-on-the-wall style. These photos give an honest insight into her unique style sensibilities, which are mostly centered around being fashionable whilst being cost-conscious.

Filipino traveler: Are you a travelling pasaway? Here’s how to not be an annoying tourist.

Beyond food and cooking, Filipino Executive Chef Jordan Andino shares some nuggets of wisdom on what he has learned during his whole journey of becoming a world-class chef.

Most Influential Filipinos in the Gulf – AMBASSADOR WILFREDO SANTOS

As the new Philippine Ambassador to the State of Qatar, the objectives of Ambassador Wilfredo Santos are threefold: to strengthen bilateral relations with the host country; to promote economic diplomacy through the enhancement of the image of the Philippines as a leading tourist, business and trade destination in Asia and in the world, and to improve the efficiency in the delivery of the consular services to the public, including the handling of assistance to nationals cases. 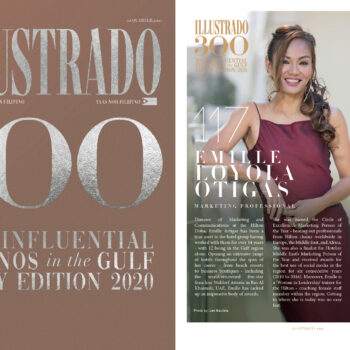 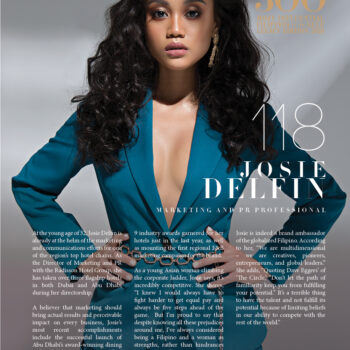 Pingback: Candy Couture: An OTT Ode to the 80s with Illustrado's Ones to Watch in Fashion - Illustrado Magazine - Filipino Abroad
Pingback: Pilipinas Malaya Ka! | Tip of a pen