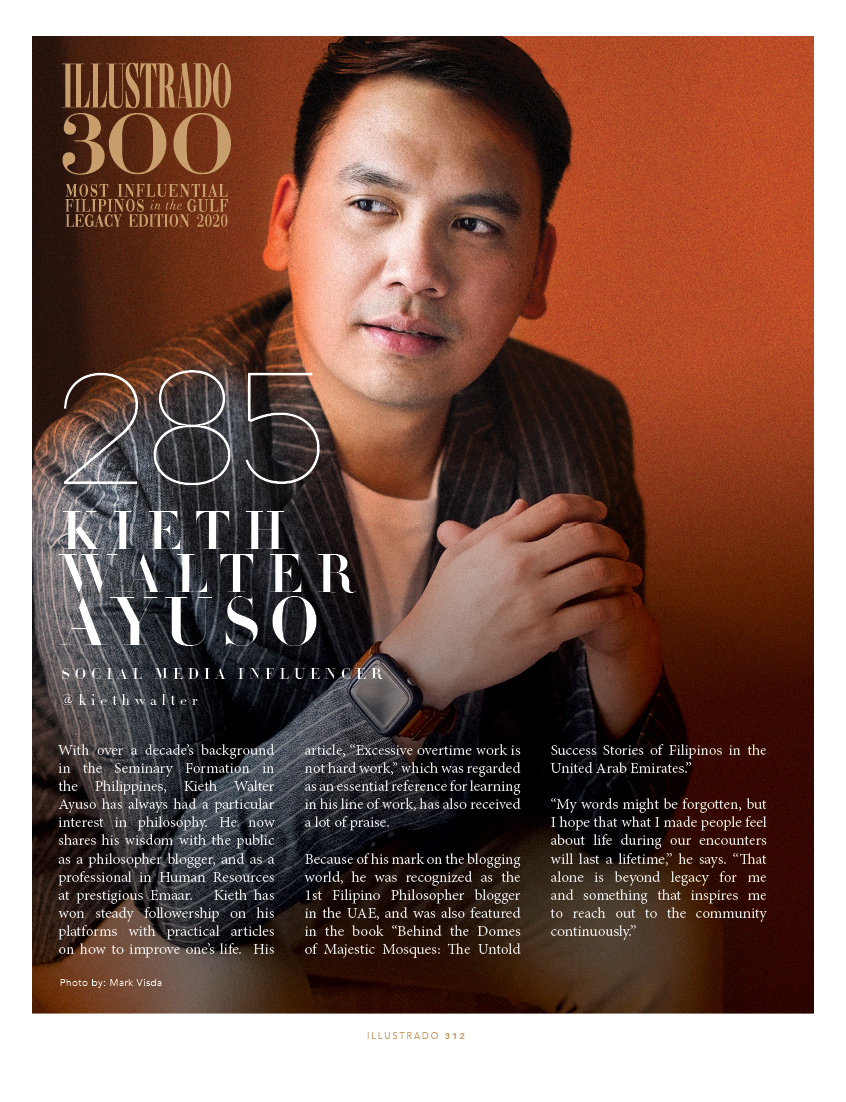 With over a decade’s background in the Seminary Formation in the Philippines, Kieth Walter Ayuso has always had a particular interest in philosophy. He now shares his wisdom with the public as a philosopher blogger, and as a professional in Human Resources at prestigious Emaar.   Kieth has won steady followership on his platforms with practical articles on how to improve one’s life.  His article, “Excessive overtime work is not hard work,” which was regarded as an essential reference for learning in his line of work, has also received a lot of praise.

Because of his mark on the blogging world, he was recognized as the 1st Filipino Philosopher blogger in the UAE, and was also featured in the book “Behind the Domes of Majestic Mosques: The Untold Success Stories of Filipinos in the United Arab Emirates.”

“My words might be forgotten, but I hope that what I made people feel about life during our encounters will last a lifetime,” he says. “That alone is beyond legacy for me and something that inspires me to reach out to the community continuously.”

Aldrin Dela Vega Fitness Pro  A physiotherapist by profession, Aldrin Dela Vega brought his expertise to Dubai in 2005, serving as a Personal Trainer and GX instructor, thereafter rising into one of the leading and most-sought-after fitness professionals in the country. For the past 11 years, he worked as Group Exercise Manager for a prestigious …

Tastemaker – Brianzon Acallar  Hair and Make-Up Artist Brianzon Acallar or Boa as he is called by his peers in the industry, started his professional make-up career in the Emirates in 2010. His signature use of vibrant colors and perfect lips placed him among the promising new artists in the region. He has worked with …

Most Influential Filipinos in the Gulf: Christopher Transmano – Tastemaker

More than just an ambassador of brands, he is an ambassador of his Filipino heritage. Christopher explains: “I’ve always had the need to mention that I’m a pure blooded Filipino dance artist whenever I introduce myself and I can’t wait to go back to the Philippines and share the hip-hop culture.”

Most Influential Filipinos in the Gulf: Acena Sisters – Trailblazer

Watch out, Venus and Serena! A new breed of sibling tennis champs is on the rise, and it goes by the name of The Acena Sisters. Renee and Bea have been displaying prodigious skill in tennis from a very young age, and through hard work and discipline, they have individually become exemplary champions in their sport.

Abeer Acero – Illustrado 300 Most Influential Filipinos in the Gulf 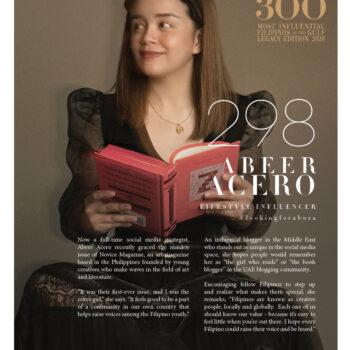 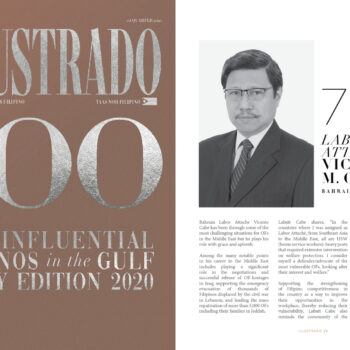