Mariecar Blanco Jara - Illustrado 300 Most Influential Filipinos in the Gulf 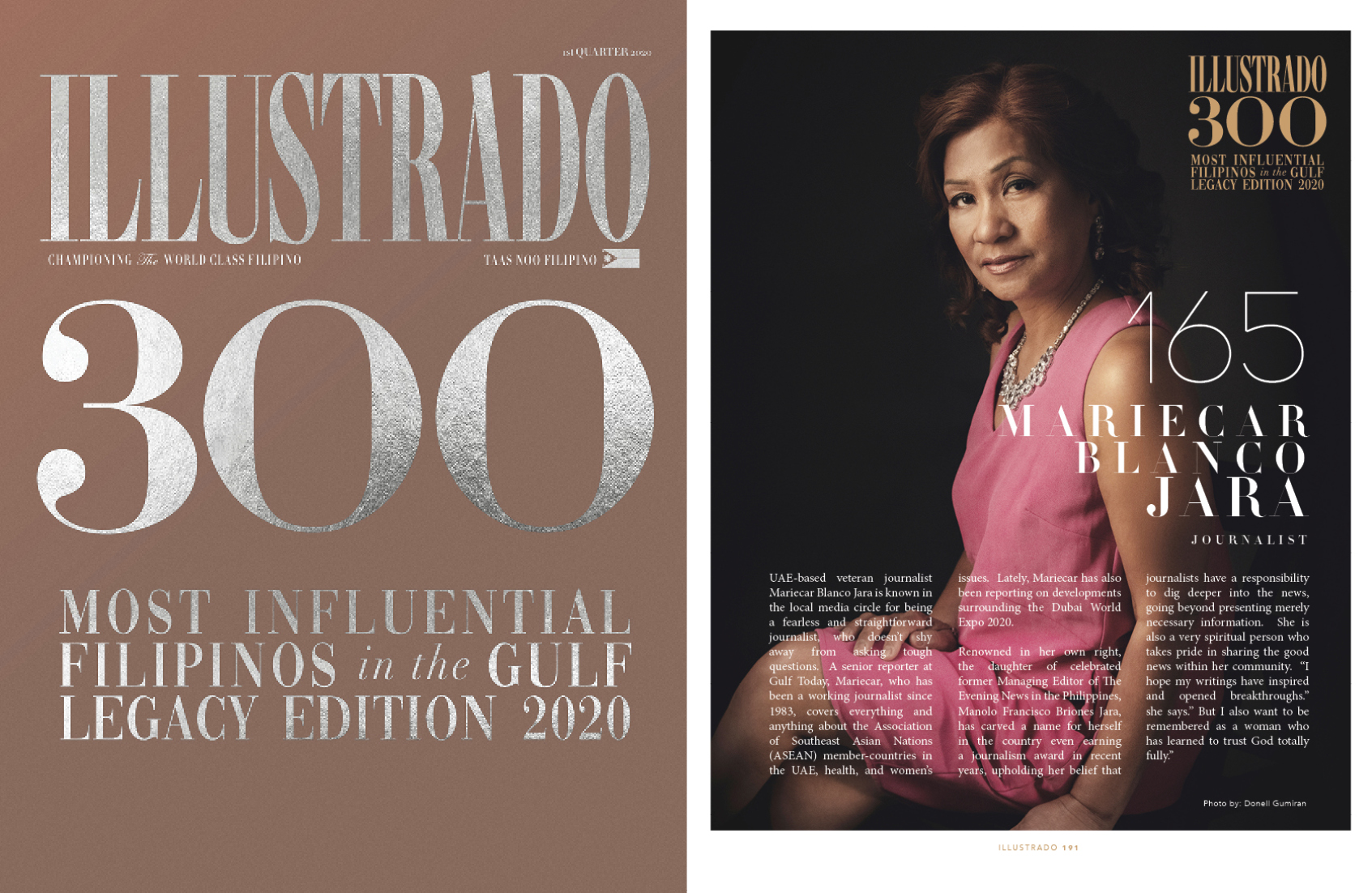 UAE-based veteran journalist Mariecar Blanco Jara is known in the local media circle for being a fearless and straightforward journalist, who doesn’t shy away from asking tough questions.  A senior reporter at Gulf Today, Mariecar, who has been a working journalist since 1983, covers everything and anything about the Association of Southeast Asian Nations (ASEAN) member-countries in the UAE, health, and women’s issues.  Lately, Mariecar has also been reporting on developments surrounding the Dubai World Expo 2020.

Renowned in her own right, the daughter of celebrated former Managing Editor of The Evening News in the Philippines, Manolo Francisco Briones Jara, has carved a name for herself in the country even earning a journalism award in recent years, upholding her belief that journalists have a responsibility to dig deeper into the news, going beyond presenting merely necessary information.  She is also a very spiritual person who takes pride in sharing the good news within her community.  “I hope my writings have inspired and opened breakthroughs.” she says.” But I also want to be remembered as a woman who has learned to trust God totally fully.” 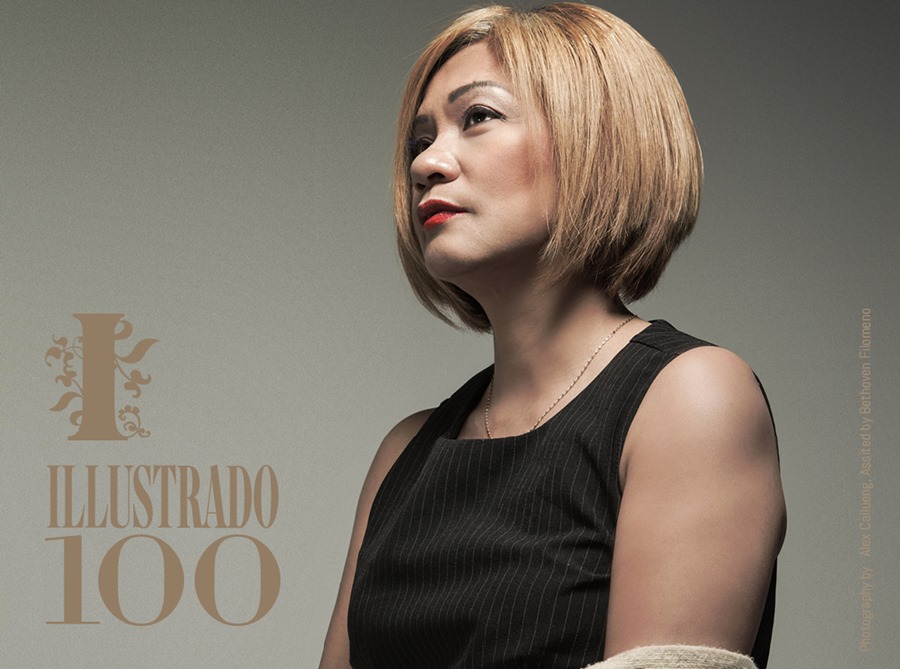 Mariecar Jara is your quintessential journalist – ever-curious, resourceful, resilient, and with a level of integrity that has become an inspiration to the Filipino community in the Middle East. Coming from a family of media men, Mariecar Jara has always displayed a natural propensity for story-telling, having started her career in her teens as a reporter for the Pauliteen, the campus paper of St. Paul College of Manila-High School Department. Since then, her beat has taken her far and wide and has earned her various recognition, such as the The Journalist Award that she received this year from a well-known Gulf-based publication.
Asked about what fuels her success, Mariecar points upwards. She says, “I would not enjoy a life of sufficiency, contentment, happiness and forgiveness if I had not realized that in the midst of all my accomplishments and failures, God is up there guiding me every step of the way. I would not enjoy life had I not known that despite all trials and tribulations, God is there with a grand design for my destiny.”

Larry Carumba Artist Twenty-eight years ago, Larry Carumba ventured into Saudi Arabia without knowing what lay ahead. In his free time, he honed art skills – a contrast to his business management background. With his learned techniques and fresh style, Larry made a name for himself in the industry and eventually became a de facto …

Thoughtleader – Jan Barlow  Community Champion – Business The former Chairman of the Philippine Business Council in Abu Dhabi and a very dynamic member of the Executive Committee for years, Jan Barlow has shared her skills, leadership and has worked and spearheaded many projects that proved beneficial to the local community. A tireless community volunteer …

Illustrado 100 Most Influential Filipinos in the Gulf 2016

Coming Soon – Illustrado 100 Most Influential Filipinos in the Gulf 2016 – A special issue devoted to the Filipino trailblazers, trendsetters and tastemakers in the region. Do you know anybody who deserves to be included in this definitive list? Talk to us. #illustrado100 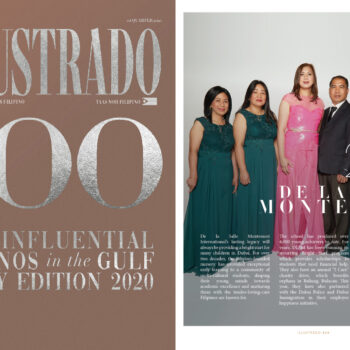 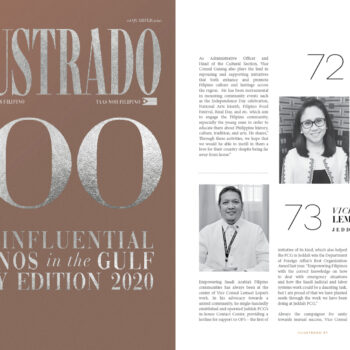