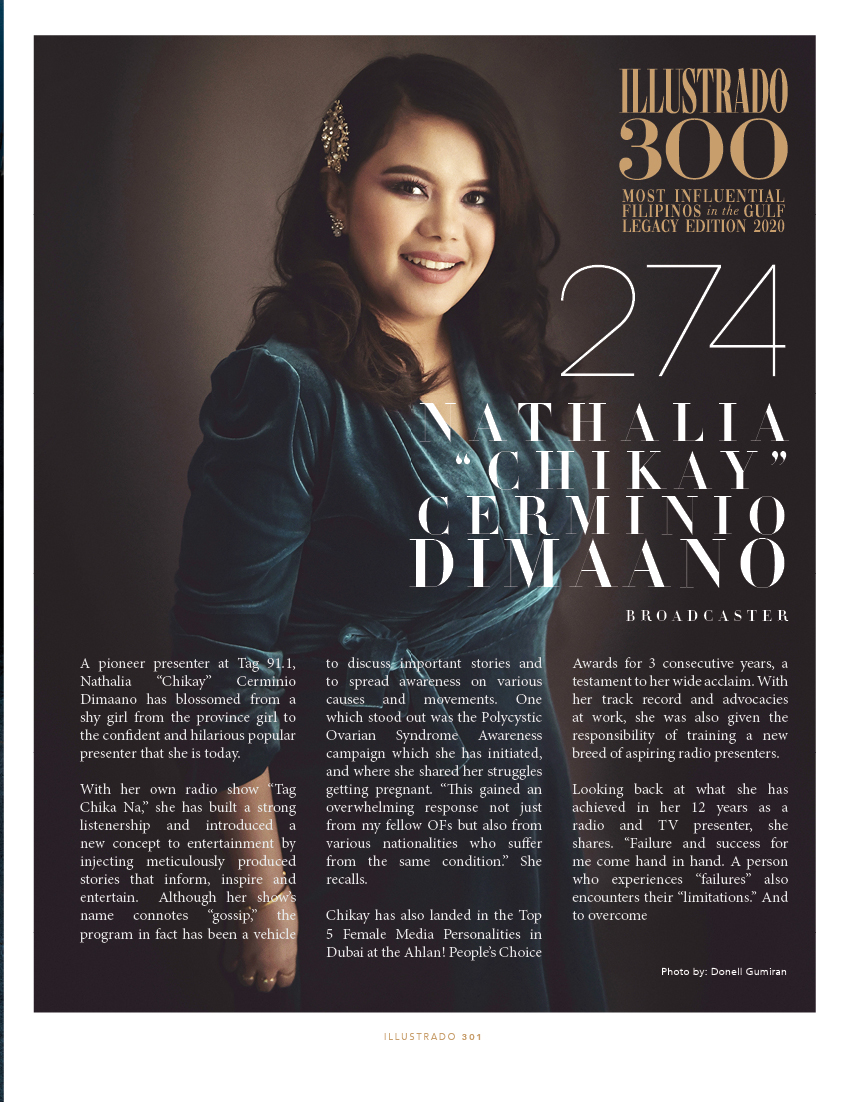 A pioneer presenter at Tag 91.1, Nathalia “Chikay” Cerminio Dimaano has blossomed from a shy girl from the province girl to the confident and hilarious popular presenter that she is today.

With her own radio show “Tag Chika Na,” she has built a strong listenership and introduced a new concept to entertainment by injecting meticulously produced stories that inform, inspire and entertain.  Although her show’s name connotes “gossip,” the program in fact has been a vehicle to discuss important stories and to spread awareness on various causes and movements. One which stood out was the Polycystic Ovarian Syndrome Awareness campaign which she has initiated, and where she shared her struggles getting pregnant. “This gained an overwhelming response not just from my fellow OFs but also from various nationalities who suffer from the same condition.” She recalls.

Chikay has also landed in the Top 5 Female Media Personalities in Dubai at the Ahlan! People’s Choice Awards for 3 consecutive years, a testament to her wide acclaim. With her track record and advocacies at work, she was also given the responsibility of training a new breed of aspiring radio presenters.

Looking back at what she has achieved in her 12 years as a radio and TV presenter, she shares. “Failure and success for me come hand in hand. A person who experiences “failures” also encounters their “limitations.” And to overcome these “limitations,” one must embrace the following core values.  First, teamwork – your environment, workmates included, can factor in your work’s success. Second, consistency of excellent work. Third, conviction. Who would believe in your ideas if you don’t put your trust in it? Conviction is the core to deliver outstanding work.”

#taasnoofilipino Meet the new wave of content creators and self made brands whose creative eyes and lovable quirks have made waves among the UAE’s regional blogging scene. #illustradomagazine #100MIFG

#taasnoofilipino Extraordinary professional Dr. Becky Desiderio is quite veritably a great combination of head and heart; an empowered woman who knows how to soldier on despite the challenges of the job. #illustradomagazine #100MIFG

Tastemaker – Phio Enaje Fashion Designer He might be ‘relatively’ new to the region, but Phio Enaje is every inch a true virtuoso in the field of fashion who has obtained respect in the industry for the last 3 decades since he opened his own label in the Philippines at the age of 16. 2019 … 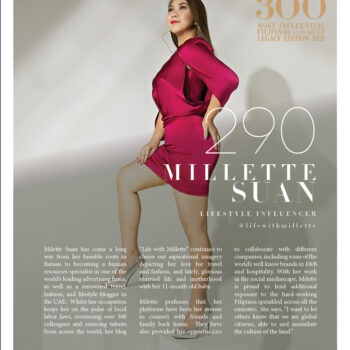 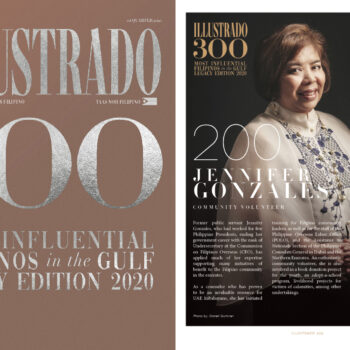