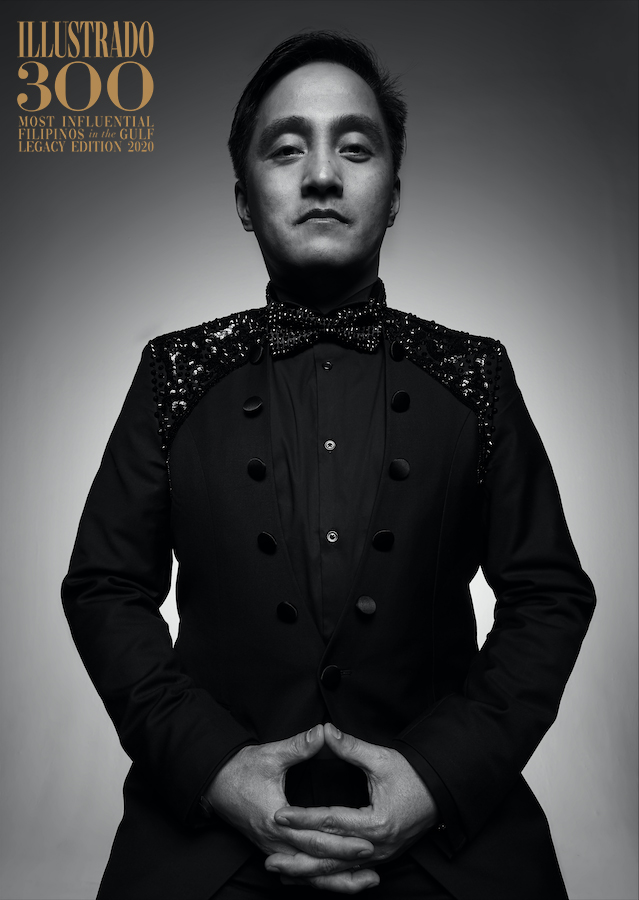 Consul General Paul Raymund Cortes epitomizes the best of the Pinoy spirit as a leader who is optimistic, hardworking, compassionate, and selfless – and the UAE’s entire Filipino community can attest to this without hesitation. Beyond fulfilling his role in the diplomatic service, he has worked tirelessly to support the community through a diverse range of avenues.

In 2019, under his leadership the consulate was able to help over 6000 Filipinos in Dubai and the Northern Emirates from January to November alone, extending court assistance, facilitating hospital services, and police station and jail visits through assistance to national services. Beyond consular duties, and with the support of community volunteers, he has spearheaded initiatives in the areas of education, sports, arts, and culture, not only to foster a stronger sense of community camaraderie but also to uplift the status of the consulate is a venue for learning and Pinoy pride.

The year also saw some of the most memorable milestones for the local Filipino community.  One initiative that Consul General Cortes helped realize was the illumination of the Burj Khalifa – the world’s tallest building, as well as the Dubai Festival City, with the flag of the Philippines during the Phil Independence Day celebrations.  It was an occasion of sheer Pinoy Pride which stood to symbolize the UAE’s recognition of the Filipino people, as well as the strong ties between the two countries.   The same occasion also saw the biggest Filipino gathering in the history of the UAE, at the PID 2019 celebrations attended by some 50,000 kababayans from Dubai and the Northern Emirates.

Juggling his time between improving services and operations at the Philippine Consulate General in Dubai and Northern Emirates, whilst performing his duties as the most hardworking supporter of the local Filipino populace, and inevitably playing the role of de facto problem solver for some of the most challenging expat issues, Consul General Paul Raymund Cortez has closed yet another productive year with a resounding vote of confidence from the people he so diligently serves.  UAE-based The National newspaper referred to him as the “The Filipino who will never leave a fellow kabayan behind” – in their feature entitled UAE Portrait of a Nation, published in November 2018.  And quite rightly so, because the Filipino community in Dubai and the Northern Emirates have been blessed with his kind of involvement and enthusiasm which has not been seen previously in these parts. 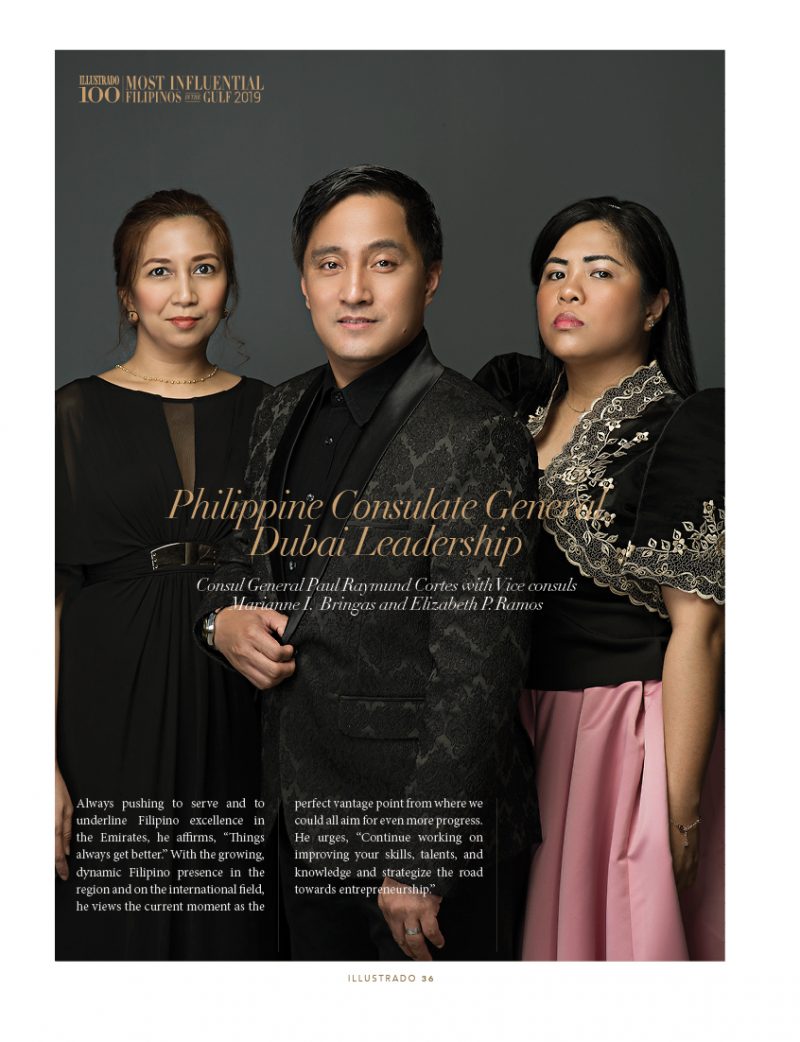 Con Gen Paul has always had a heart for supporting Pinoys across the country, and with the support of his leadership team composed of Vice Consul Marianne Bringas and Vice Consul Elizabeth Ramos, his beneficial programs barrel through to 2019.   These include more effective and efficient consular services; more proactive engagement with the community on sports, as well as revitalized programs for the youth via the Philippine schools;  the continuation of vigorous economic and cultural programs, as well as initiatives on business and entrepreneurship in coordination with the Philippine Business Council of Dubai; and a deeper engagement with the UAE government authorities.

Always pushing to serve and to underline Filipino excellence in the Emirates, he affirms, “Things always get better.” With the growing, dynamic Filipino presence in the region and on the international field, he views the current moment as the perfect vantage point from where we could all aim for even more progress.

He urges to “Continue working on improving your skills, talents, and knowledge and strategize the road towards entrepreneurship.”

He’s easily the busiest Filipino in the emirates.  With almost all of his waking moments spent in the service of the people, it’s typical to see him whizz through, albeit thoroughly, his duties as a diplomat, as well as pull in double, nay, triple, maybe even quadruple duty during the weekends to fulfill his obligations to the community.  He also finds the time to write a column to inspire Pinoys via Illustrado on a regular basis.  But for Consul Paul Raymund Cortes super public servant and all-around ‘rockstar,’ it’s just how he chooses to serve.

On top of his drive towards continually improving the Consulate General’s service to the community, Con Gen Cortes is most upbeat about other achievements in 2017.  These include the staging of Dubai Dubai Musikahan which opened doors for Filipino artists, the partnership with Filipino Educators in providing pyscho-social training and services to the PCG staff, as well as their enhanced partnership with the community in mounting events that focus on Filipino communal spirit in Dubai.

With his work intended to inspire, the Consul General says, “I hope Filipinos here can harmonize the visions of different organizations into a united one. I also hope we become more aggressive in showing the rest of the other ethnicities in the UAE the richness of our culture and our soul as a nation.”