The Global Pinoy.
The New Mestizo.
The Half Filipino, Half something-something.
Illustrado examines the new generation of mixed-race Filipinos and finds that the colonial rules no longer apply.

Ode to the New Yorker in Tondo, this is not. Perish the thought of adding to the tiresome and laborious Purebloods vs. Half-Breeds debate. Far be it from a media entity named Illustrado to dig a deeper divide between the indio and the mestizo– it is our stand that the worth of a Filipino cannot be compartmentalized to brown and white. Fact: the Philippines has been a melting pot of cultures since time beyond memorial, and this is readily evident in the Filipino gene pool. We are a tapestry of colors, mindsets and perspectives. The mestizo’s and mestiza’s are so 1800’s – revenants from a time when colonial mentality haunted our cultural zeitgeist. It’s time to transcend the stereotype.

The Spaniards landed on the Philippine shores in 1521 and proceeded to systematically reengineer the Filipino identity on a cellular level. Religion played a pivotal role in Spain’s campaign to define Juan and Maria, but the cultural transference was made even more absolute by the Spanish Government’s progressive policy on interracial coupling. Unlike the British and the Dutch who implemented strict anti-miscegenation policies in their colonies, the Spanish government actually encouraged the mixing of the races.

However, a close examination of our history reveals that the diverse nature of the Filipino identity predates the Spanish occupation. Trade relations with neighboring nations such as Malaysia, China, and India — which flourished as early as the 1300’s — also resulted in cultural transference. Fast-forward to the 20th century and you have the Americans and the Japanese adding their heritage to the mix.

The 100% pure Filipino is not as common as most people think. Purity is a rarity. You would be hard-pressed to find anyone who could directly trace his lineage to the Callao man of Cagayan, or the Tabon man of Palawan. Saying that a Filipino-American is 50% Filipino and 50% American is inaccurate and misleading. In the same vein, one cannot also simplistically quantify mindsets as X amount local and Y amount foreign – not without dipping his foot into xenocentrism. It would be easier to just accept impurity. As they say, the more the merrier.

The New Breed of Mixed-Breed

Gone are the days of the lionized tisoy’s and tisay’s, and the Kikay’s of Tondo who allow Western perspectives to override their local sensibilities. In the matter of adopting cultures, globalization has taken the place of colonization. We are in a time where ideas are shared rather than enforced, and differing belief systems are synergized without one having to cannibalize the other. This is evident in the new generation of mixed-race Filipinos, who manage to find the balance between celebrating their ethnicity and embracing foreign ideologies.

In an interview for the book Blended Nation: Portraits and Interviews of Mixed Race America, Luzviminda Carpenter, an American citizen of Filipino and African American descent professed, “I identify as Filipina and black. I do this to give honor to the struggles both my Filipina mother and my black father have had to endure. I give respect by learning both heritages and never denying one or the other.” She goes on to state that her identity is heavily influenced by both the society and her parents, and that the two factors intersect to make her the woman that she is today.

When asked about how he got to be so funny, Rob Schneider, world famous comedian and star of blockbuster hits such as Deuce Bigalow and The Hot Chick, revealed that his sense of humor is deeply rooted in his multicultural upbringing. “My mom being Filipino and my dad being Jewish, it was a good mix. So, we had good laughing people,” claimed Schneider, in an interview with The Filipino Reporter. “When you’re Filipino, as soon as you’re done eating, you’re laughing. Usually, they’re laughing while they’re eating. It was a great place to practice.”

Touted by American film critics as Hollywood’s Next Big Thing, Hailee Steinfeld dazzled the world with her top-notch, Oscar-nominated performance as Mattie Ross in the 2010 Coen Brother’s film True Grit. In an interview with the Manila Bulletin, Steinfeld talked about her close relationship with her mother Cheri Domasin, a former interior designer from Bohol. “My mom and I are so close. She travels the world with me and I could not do what I am doing without her by my side.” She also revealed her pride in identifying with the Filipino community. “I found that the best thing when I am in a group of people, I would have one or two people come up to me and say, ‘You are Filipino! I am Filipino, too.’ And I am like ‘Yes, this is awesome!’ So it is sort of this one thing that connected me with many people that I find is really interesting.”

Pinoy+
Mixed-race Filipinos and even OFW’s often struggle to find the sweet spot between adopting the prevalent mindsets of their host countries and holding on to their Filipino heritage. To a disorganized mind, one thing will have to give. But the truly global Pinoy, the world-class Filipino, the Illustrado doesn’t have to make such a choice. He understands the value in diversity in viewpoints and opinions, and thereby veers away from any archaic notions that risk marginalizing his identity. He will forever be a child of the Philippines, but he is a man of the world.

Even with Slovak, German, French, Polish, Lithuanian blood in my system, it seems my Filipino side is the most dominant. I think the Filipino thing that stands out in me the most is that I love rice! It’s actually quite funny but I can’t live without it. I think after the year 2013 I have never felt so close to my Filipino nationality than I do now. I spent 4 months in the Philippines last year after 20 years abroad and I really got the sense of who I really am and where I come from. Filipinos really treasure their families and stick together through the hard times. The country has been through so many calamities. After the super typhoon and earthquake you could really see how resilient and strong the Filipino spirit is. It’s amazing and I can only hope I have also been blessed with these great characteristics of a Filipino. I love the Filipino people and I’m proud to be a Filipino too!

P.S. The one Filipino trait that is not in me, I must add, is that I would never eat balut!

Being an American of mixed Iraqi-Filipino ethnicity, I consider myself a global citizen with an international outlook. I have great pride and love for my roots, cultures, traditions, and fellow compatriots; this is what makes up who I am as an individual. I am half yet also a wholehearted Filipina! 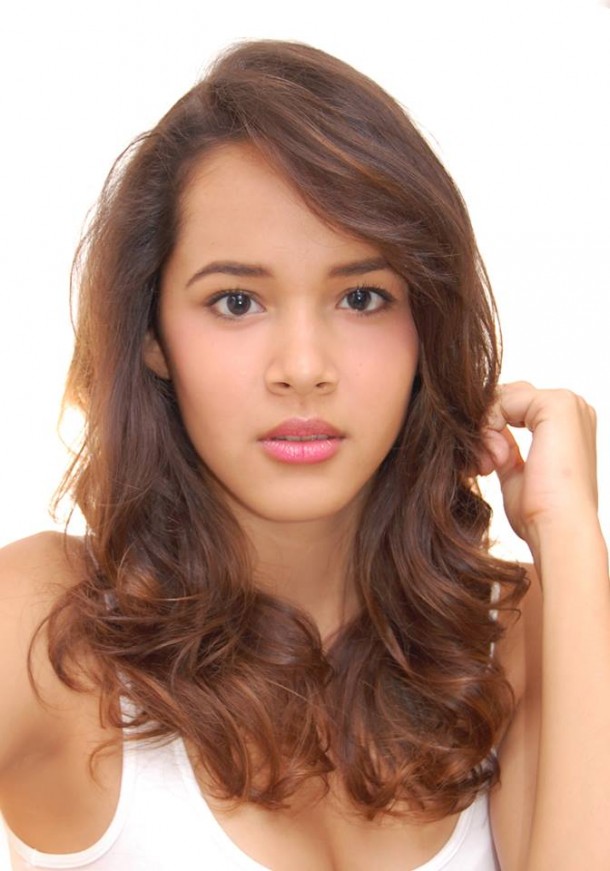 KATRINA ILMING
Pinoy + Austrian
I’m definitely more Filipino now than I was a year ago because I’ve been living here for that long. I’ve adapted to the Metro Manila traffic (which still drives me nuts, but not as much as before) and eat rice a LOT. I’m closer to my family now (which is really important in Filipino culture) and I’ve learned how to commute and speak Tagalog (semi-fluently)! Lastly, I’m alright with losing my tan since everyone here wants whiter skin anyway.

LAURENS TOLENAARS
Pinoy + Dutch
Although I was born and raised in Europe, my mom always made sure that I don’t forget my Filipino roots. She used to bring me and my brothers to Manila every year for vacation to see our family and experience a different lifestyle and culture. I consider myself European because of the environment where I grew up but I always felt that my heart belonged to the Philippines and I knew from a very young age that I wanted to live there. My mom and I have always been told that we are very similar, not only physically but especially in terms of personality and because of that I could adapt myself to the culture and lifestyle of the Philippines very quickly. I’ve been living in the Philippines for about 2 years now and I have been really satisfied about my life here. I honestly think that the education I had from my mom helped me reach my expectations and blend into the Filipino culture. 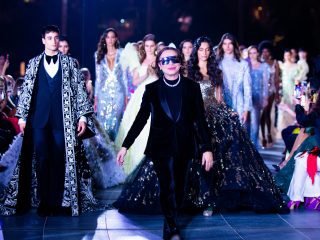