Before urban art became popular and Dubai started showcasing graffiti with pride in its buildings, before the city’s hip art spaces came to be, one Filipino spearheaded the lowbrow art movement in the country.

Rollan Rodriguez, the founder of the art collective BrownMonkeys, can be credited for popularizing accessible street art, first through the group’s exhibitions in alternative spaces, eventually growing into commercial features on billboards, commissioned murals for creative agencies, and showcases for the Middle East Film and Comic-Con, StreetCon, the Sharjah Biennial, among others.  Rollan says of their impact, “In some little way, somehow it made a contribution to the art world in the UAE, empowering and influencing the area of art and design.”

Respected as well in the commercial design world, though his work within his own agency, Ape Creatives, Rollan has been involved in numerous projects and has also bagged two international honors from the Indigo Design Awards held in Tokyo, Japan.

Rollan professes that he is most proud of being able to usher in a new wave of thinking in the UAE, “A brand new attitude on how we intermingle with varied cultures, and also, making our community realize that it is possible to make it – that it’s okay to be different, to be weird brown and proud.” 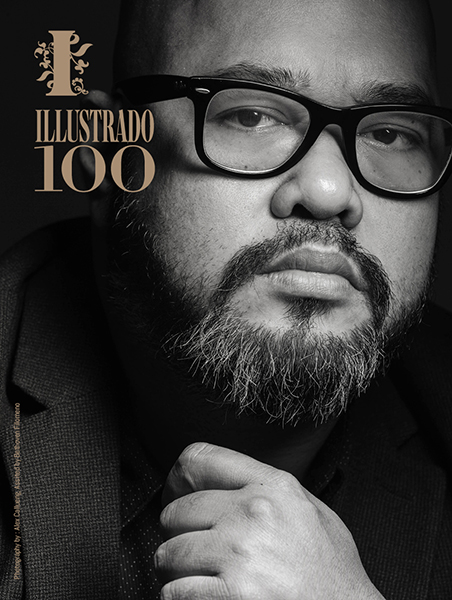 To paraphrase a certain pop star, “Art makes the people come together.” That’s exactly what Rollan’s art has been doing. His talent is so immense that it has become contagious – infecting those around him with an irrepressible spirit of creativity that compels them to do bigger, better things with their talent. He has built communities around his media, and has inspired movements towards a higher appreciation of Pinoy aesthetics.

His career has certainly been exemplary: 10 years of experience in graphic design and advertising; instigator of The Brownmonkeys – a design collective that has taken Dubai’s art scene by storm; founder of Ape Collective – a graphic design studio that specializes in brand identity, illustration, art direction and event curation. Recently, Ape Collective held an exhibit at AlSerkal. Entitled “Byahe,” the exhibit drew inspiration from the hand-painted signage found mostly in the side streets and on public transportation in the Philippines, such as the iconic Jeepney.

Through the elements of typography and design on signage, the artists of Ape Creative dared to examine how people connect through their stories, their travels and experiences.

Of the highly successful, distinctly Pinoy exhibit, Rollan professes: “The core inspiration for Byahe arose out of our interest in hand-painted signage and the traditional art of lettering. We wanted to explore this dying art and its connection to our own personal histories  – a  lot of us here in Dubai came from somewhere, and a lot of us are also moving about from place to place. We wanted to take out these unique elements from our own backyard and see how these signs would speak to people from different parts of the world, from different backgrounds and point of view.”