Most Influential Filipinos in the Gulf: Wafa Qasimieh - Thoughtleader 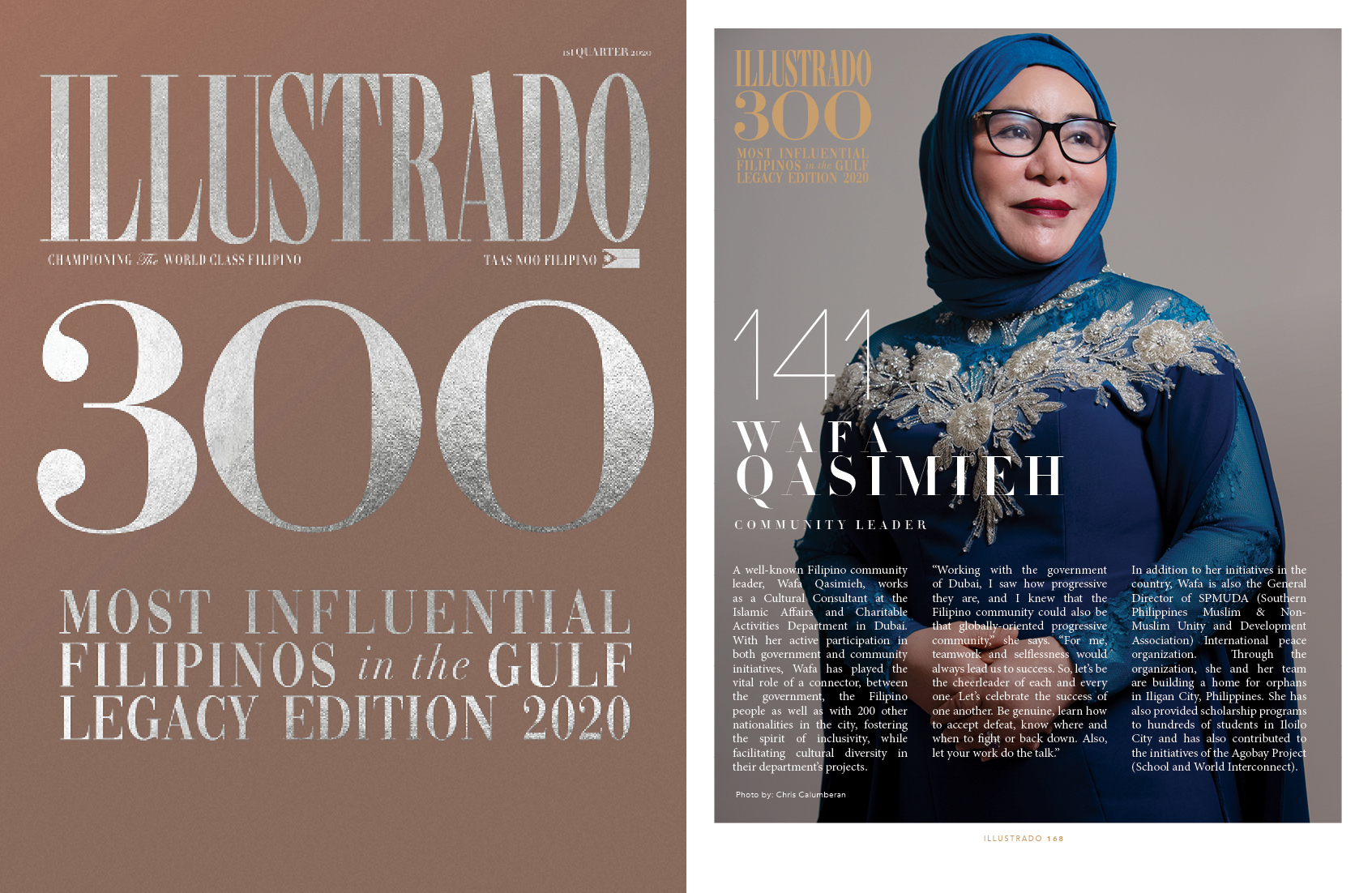 Wafa Qasimieh – Illustrado 300 Most Influential Filipinos in the Gulf

A well-known Filipino community leader, Wafa Qasimieh, works as a Cultural Consultant at the Islamic Affairs and Charitable Activities Department in Dubai.  With her active participation in both government and community initiatives, Wafa has played the vital role of a connector, between the government, the Filipino people as well as with 200 other nationalities in the city, fostering the spirit of inclusivity, while facilitating cultural diversity in their department’s projects.

“Working with the government of Dubai, I saw how progressive they are, and I knew that the Filipino community could also be that globally-oriented progressive community,” she says. “For me, teamwork and selflessness would always lead us to success. So, let’s be the cheerleader of each and every one. Let’s celebrate the success of one another. Be genuine, learn how to accept defeat, know where and when to fight or back down. Also, let your work do the talk.”

In addition to her initiatives in the country, Wafa is also the General Director of SPMUDA (Southern Philippines Muslim & Non-Muslim Unity and Development Association) International peace organization.  Through the organization, she and her team are building a home for orphans in Iligan City, Philippines. She has also provided scholarship programs to hundreds of students in Iloilo City and has also contributed to the initiatives of the Agobay Project (School and World Interconnect). 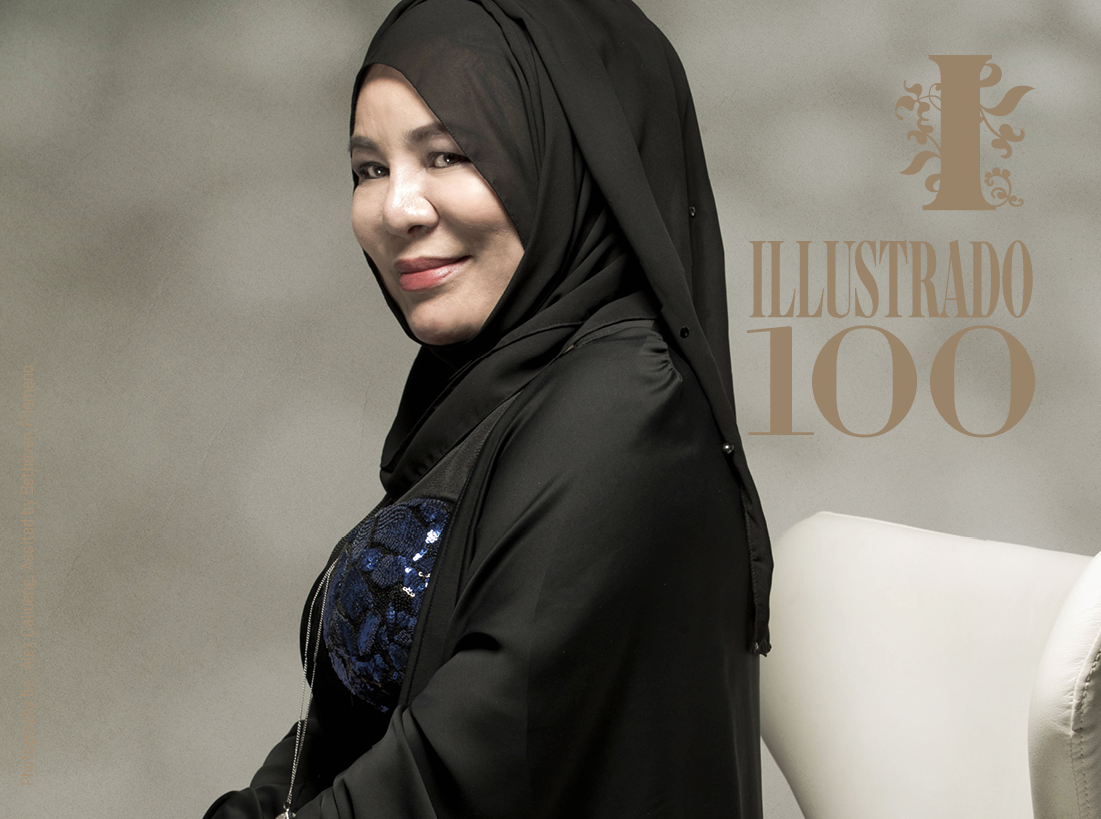 Dignity and integrity: these are the two words that sum up the two decades worth of Wafa Qasimieh’s career as a Major Cultural Consultant in Cultural Administration at the Department of Islamic Affairs and Charitable Activities – Government of Dubai, where she vowed to respond to the call of duty with heart.

Wafa attests that her success can be traced back to the trust and faith that others have bestowed upon her – a sentiment that is has asserted itself in full force this year, as she was given the responsibility of acting as Chairman for two of the Philippine Consulate’s biggest community events: the Independence Day and Bayanihan Festival.

Wafa Qasimieh is also a strong advocate for peace, education, and community service. Her works are inspired by the immeasurable efforts of other leaders who made great strides in promoting cultural diversity. She says, “Being exposed to different communities and different nationalities is the best training I received. I’ve met a lot of people and knew their problems, their victories, their fame – and their simplicity helped me develop a sense of awareness on how to approach matters that involve cultural differences.”

Joselito “Bluebird” Echevarria Broadcaster Retelling the story of the Overseas Filipino in Dubai has always been the driving force behind Joselito “Bluebird” Echevarria’s radio career. As one of the most well-known radio presenters and well-loved personalities in the country, this “Gandang Umaga” host at TAG 91.1 truly lives up to the moniker “Mr. Congeniality” spreading …

Hannah Magsayo – Illustrado 300 Most Influential Filipinos in the Gulf

Hannah Magsayo @hannahmagsayo Hannah Magsayo lives and breathes photography and travel. A solo traveler and thrill-seeker, she has that innate thirst for learning and discovering new things and new places. In May and June 2019, Hannah has showcased her art through exhibits at Tashkeel – showing her solo travel stories and encouraging viewers to go …

Having accomplished scores of noteworthy milestones and bagged various medals in the world of athletics, Charles Marelid continues to make his mark and carve out a name for himself as one of the youngest, most esteemed short distance sprinters in the U.A.E.

Illac Diaz Social Entrepreneur, Global Changemaker Illac Diaz, through Liter of Light, the first global Filipino NGO which he has founded, has brought light to millions of poor families across the globe, and in doing so has also advocated a more progressive narrative for the Filipino people – that of a benefactor nation well capable … 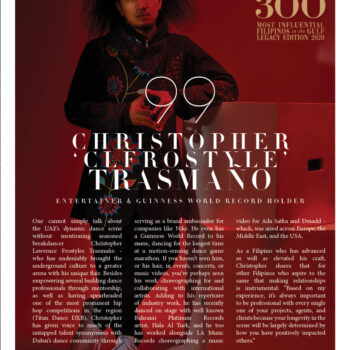 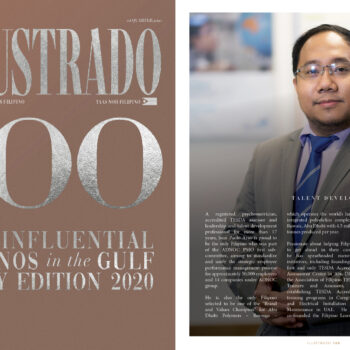 Juan Paolo Arao – Illustrado 300 Most Influential Filipinos in the Gulf