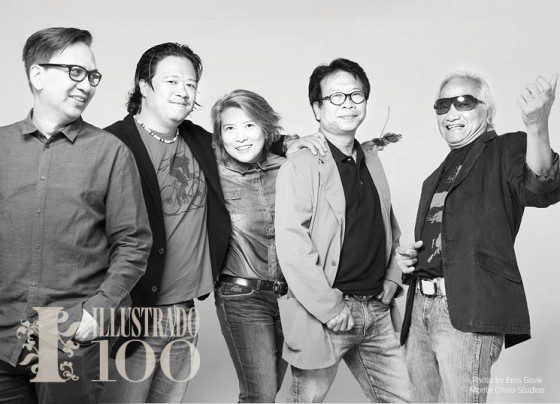 If Filipino talents are a big thing in the many multinational, regional and local advertising agencies in the UAE right now, it’s because they were given a great head start by several creative geniuses who were the pioneers of the virtual “Filipino ad mafia” – a group exerting a huge influence on the industry, albeit not a sinister one, paving the way for the recognition of Filipino leadership on this front.

The first of those creative geniuses is Edipolo ‘Edan’ Aggarao, the Filipino who first broke through the glass ceiling in the country’s advertising world, whose three decades worth of corporate credentials include posts as the Creative Director at Intermarkets, Young and Rubicam, and the Regional Creative Director at AGA-ADK Communication Network. Edan is a pioneering visionary, who has won awards for the agencies and clients he worked for, and initiated the use of ‘special operations’ that is now a common jargon in the local communications industry. This “Godfather” of Pinoy advertising talents is also the founder of the first all-Filipino advertising agency in the UAE which he now leads as Creative Partner, together with his wife.  He is also a volunteer at the Kabayan Institute where he shares his knowledge and experience with fellow Filipinos by teaching drawing weekly.

The art of paying forward seems to be a common aspiration for successful Filipinos. Ramon Benitez who headed and mentored a team of 11 art directors, copywriters the biggest group at his former agency, Leo Burnett, believes that among the milestones he achieved, the privilege to be able to help and enable others realize success is the most satisfying. “Another persons’ success is also actually my success if I had the opportunity to enable, encourage, and promote them. By helping and mentoring a good number of talented young Filipino artists in the agency, I can say that I have also succeeded in helping young talents realize their full potential. Then hopefully, they can also start paying it forward and begin another cycle.”

Ramon is a 10 time gold winner and 5 time silver winner (IAA awards) former Creative Director at Leo Burnett where he served for 20 years driving some of the advertising giant’s biggest brands including Philip Morris, Diageo, Procter & Gamble, among others.  He now runs his own marketing and advertising services agency under Illustrado-CREO.

Another multi-awarded ad man is Y&R top creative Joseph ‘Jobi’ Bihag.  He has worked on a number of multinational clients and is currently tasked to head Y&R Labstore as Executive Creative Director.  In his free time, Jobi also serves as an Advisory Board Member of the Department of Visual Communication at the American University of Dubai and also lectures at the – American University of Sharjah, Zayed University and the American University of Dubai.  His work has been honored at Andy, Cannes Lions, D&AD, One Show, Clio, London International Advertising Awards, New York Festivals, Adfest, Epica, Effie, Dubai Lynx, Cresta, Webby, Graphis and Wolda and he was also part of the team responsible for Y&R Dubai winning the Agency of the Year three times in a row at Dubai Lynx.

Of winning industry awards, Jobi shares, “Being able to win nods and respect amongst industry peers year after year makes one relevant and pushes you to always craft your work to be amongst the very best. It’s very hard to achieve it and a lot of sacrifices are made, but in the end it’s what keeps you in the game. I couldn’t have done it though without the support and love from my dearest wife and two boys through all these years.”
Clio and New York Ad Festival awardee Dawn Almario looks at her achievements in a different light.  She shares, “Every creative might say, it’s the high you get every time your idea sees the light of day. Imagine selling nothing, just ideas — just thoughts, a new perspective, a different opinion, a new trend – intangible and yet valuable. One might call it ‘just ideas’, but those ideas built brands, changed behaviors, shifted minds. This is every creative’s challenge. My everyday challenge, my everyday achievement.” One of the few women at the top of this highly male-dominated field, Dawn is the Creative Director at Proximity, former Associate Creative Director at DraftFCB, who also worked for Grey Worldwide and Impact BBDO as well as McCann Erickson and DDB in the Philippines.  Looking back at her 20 year stint in the business and to what she thinks is important in life, she remarks, “The 38,400 hours of my advertising journey could be shortened with a headline and body copy for the next-generation of creatives – ‘Just have fun. You can’t build a career out of boredom. Terms and conditions apply’.”

Our round-up of influential Filipino ad men will not be complete without this one man whose creation has become one of Dubai’s most well-loved icons.  Romy Miclat is a Filipino artist who specializes in illustrations.  He is the creator of Modhesh – Dubai’s wildly popular figure symbolizing the Dubai Summer Surprises.   Romy created the character as commissioned by Bates Pan Gulf, as an ode to the Dubai summer sun – with his bright yellow color and tufts of hair that stand for the seven emirates in the UAE.  A veteran illustrator who has worked on significant campaigns for regional and local brands best known for this child-friendly figure, Romy says he gets fulfillment from seeing how children are so enchanted with his humble creation.  “Maybe the lives of children change a little every time Modhesh comes around to spread summer fun.  If that’s the case, then that is enough for me.”

100 MIFG: Filipino Ambassadors to the Gulf

Well seasoned in foreign service, and ever so vigilant, these are the men who shoulder our community on the diplomatic forefront, pushing the Filipino people in their strive towards excellence. #illustradomagazine #taasnoofilipino

Name a fashion designer who could talk to you about nuclear medicine, comic books, and haute couture in equal measure and gusto. This designer will likely be Yen Ab. It will not be far-wrong to call him a polymath, because everything that he does, he does astonishingly well. 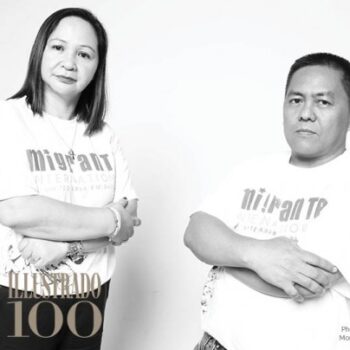 Pingback: Candy Couture: An OTT Ode to the 80s with Illustrado's Ones to Watch in Fashion - Illustrado Magazine - Filipino Abroad