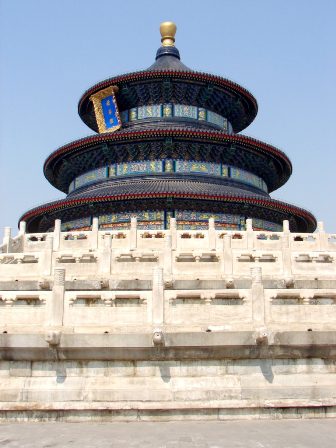 Felicity Tan: Living out of a suitcase 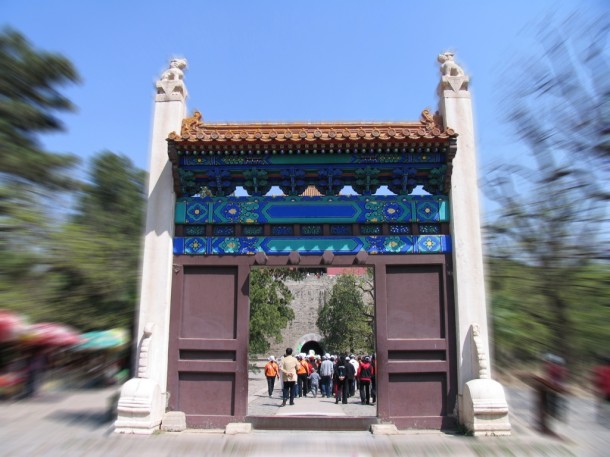 While others have email signatures that read: sent from my Blackberry Wireless or iPhone, Felicity Tan’s email signature reads: “Sent from the road”- literally. As a journalist, 26-year old Felicity is constantly on the go; moving from one country to another. She has spent the last couple of years traveling and living in various cities around the world and actually had a hard time pinpointing a city to fill in the sentence “My Pinoy Life in ___.”

She finally decided to settle for “My Pinoy Life living out of a suitcase”.

Can you recount briefly why you moved there?

I moved here to take on a job as a news anchor for China Central Television’s English news service, which was re-launched in 2010, with the view of becoming the authoritative international news channel for Asian affairs.

I’ve been living out of a suitcase since I went off to university in Boston back in 2005. I guess you can say I’ve been “on the road” since. I spent time working/living/studying in Paris, Washington, DC, London, Chicago, back home in Manila, then The Hague and now Beijing. I’ve visited about 20 countries and nearly 100 cities for work and play. I’m about to hit the six-year anniversary of my nomadic lifestyle. Maybe I’ll cross the Gobi on horseback to celebrate.

Tell us something about your host city. 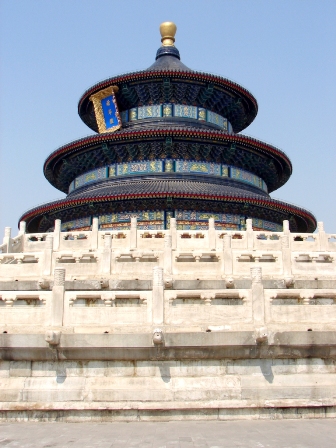 Every day is an adventure in Beijing. I’ve had so many (mis)adventures literally since the moment I arrived here. Sometimes it makes me laugh, other times I want to hurl a panda out the window (no actual pandas were hurt in the making of this article about my Pinoy life abroad).

Beijing is one of the most dynamic cities I’ve been in; I don’t think I’ll run out of things to do. This place is enormous. It is certainly a 24-hour city. There is a significant expat community and not a day passes by that I have not made a new friend. The traffic is bad like Manila, so is the pollution, kaya siguro hindi pa ako nagkakasakit kasi sanay na ako! Foreigners are known to get sick in their first few weeks.

It’s the dead of winter, so it’s very dry and quite blustery; it’s been snowing recently but I think it’s beautiful under a thin blanket. That said, nobody moves to Beijing for the weather or the air quality. Maybe the food. The kinds of people. The one-of-a-kind culture. The language. The history. The vibe of living in one of the fastest-growing cities in the planet, which is at the same time, for better or worse, stuck in its past. Beijing is a living, breathing contradiction. I love that. 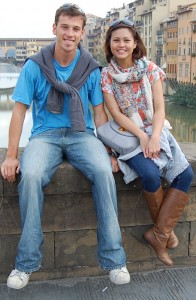 I’m not the type to actively seek out other Filipinos where I live. I believe in a truly globalized world where nationality or race should not matter. You’ve got to be blind to the color of one’s skin or the color of one’s passport. That said, I do love meeting other Filipinos and learning about their experiences, and it is such a joy to be able to speak Tagalog where no one else can understand you. It’s like a secret language – it’s fantastic. I have not met true-blue Pinoys yet in Beijing, but everywhere else I’ve lived I’ve always had a makeshift Pinoy support community.

In The Hague, it was a different story, the Filipino community there is very well-established and you can’t avoid them, even if you are not Filipino! My best buddies at the U.N. were Filipino, I lived with my extended families in Chicago and Washington, my college roommate was a good friend from high school in Manila, and you just meet so many young professional Filipinos in London. And it always feels like home. Maybe I was most detached from Filipino-ness in Paris. But I do miss the food! Aside from Washington, D.C. and Chicago, there weren’t a lot of places to get real Pinoy food. I can always count on Cebu Dried Mangoes and adobo, which are always a hit with my foreign friends.

One cannot generalize how Filipinos are treated. Here in China, no one cares. I’ve never felt discriminated against, and they’re always amused when I say I’m ‘Feilubin ren ,’ which is “Filipino” in Chinese;  Feilibin (Philippines) and ren (person), but maybe because I’m singkit. I normally travel with a US passport so I don’t get into any trouble at immigration.)

But when traveling with Filipino friends, I notice they are questioned at immigration far longer than most, even if they’ve been residents in the host country for so long. I think that is unfair. I myself had to wait a month for my student visa to a certain European country to be processed, as opposed to two working days, because the consulate found out I was also a citizen of the Philippines.

Outside of that, I’ve never really seen much discrimination against Filipinos – perhaps isolated incidents. But in general, I think the world is starting to see that we do have a lot to offer. I once had an American boss who told me that he found it very inspiring to watch the Filipinas in his community, who start offmahinhin, spread their wings. “And I’m not just talking fluffy angel wings,” he told me. “I’m talking eagle wings.”Nothing truer has been said. 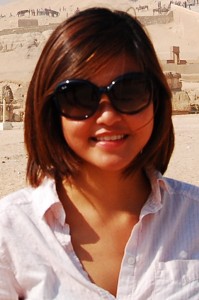 I’m still settling in. It’s been difficult because of the language barrier, but I have a rapidly expanding network of friends who have all been in the same boat, so they have been a tremendous help. I’ve been spending an equal amount of time at work, getting settled in terms of residency requirements and other necessities, and meeting new people. The Beijing party scene quite rivals Manila’s, I have to say. Then during the day time, since I work atypical hours, I just explore the city and am always on the lookout for new places to eat. The best thing about being here is the diversity of options so I’m never bored. It’s just a pain to get around because the subways are always full and while taking this taxi is cheap, it’s not always convenient because of the size of this very populous city.

What cultural practices/behaviors have you acquired from your host countries? 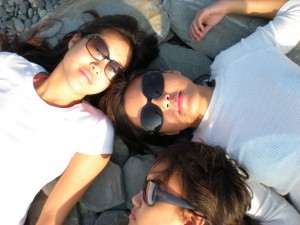 I pick up something here and there from wherever I’ve lived, usually from the language. I instinctively say “coucou” instead of “hello” now. It’s French, but I picked it up while I was at the UN in Holland.

Ideologically, perhaps the US left the most impact on me because I was there the longest. Being in such a liberal democracy, which is also paradoxically incredibly conservative, has opened my eyes to new ideas like the fact that there are so many philosophies, and  one is not particularly “more right” than another.This kind of mindset makes settling in to new environments much easier for me, especially with all the moving I do. Weirdly enough, this is probably more a Dutch mindset, but I learned it being in America. Shows you how global this world really is!

In any case, that does not guarantee I am Zen all the time. Certain local mannerisms do try my patience, but most of the time I just go with the flow. I am very Filipino when it comes to dealing with people; my foreign friends need to get used to me making beso all the time. And when it comes to birthday blowouts, I always lose. Because as a Filipino, when it’s your birthday, it’s your treat. But in every other country I am in, when it’s someone’s birthday, it’s your treat, so parati akong lugi!

There’s something special in the Filipino spirit that makes Pinoys successful in whatever they set their hearts and minds to. So if you’re dreaming of doing something, go for it! No one’s stopping you but you. For those of you already out there, you make me proud, truly. So many Filipinos have done far more than I can even dream to accomplish, and my foreign friends are doubly impressed because they understand that Filipinos aren’t lucky; to get where we are, we have to fight to beat the odds. If that’s not exceptional, I don’t know what is.

My Pinoy Life in Brisbane, Australia

Are you a Filipino living outside the motherland? Ali Aquino-Caampued shares about her Pinoy life in Brisbane, Australia

Turkey is known for being transcontinental, a country spanning more than one continent. Due to its huge size, Turkey has many cities and regions and most of them are famous by themselves. Istanbul, historically known as Constantinople, has been declared as a European Capital of Culture in 2010.

Filipina abroad PA Escalante shares about her life in the picturesque city that’s the home of the United Nations. She says, “Geneva is a beautiful place. One could fall in love with the city immediately or wake up one day loving it and missing it.” Filipino Geneva: My Pinoy Life. #illustradomagazine #teamillustrado #taasnoofilipino

Travel & Fashion: Team Illustrado takes you through a grueling, but awe inspiring trip to legendary Mt. Pinatubo, where the pay-off is more than worth the 4 hour trek. 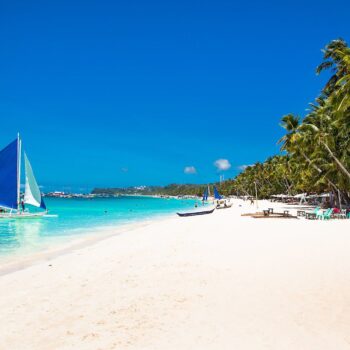