An acknowledged authority in the region in the area of Information Security, specifically Cyber Security, Irene Corpuz has worked for the government’s Western Region Municipality planning and implementing strategies to achieve the organization’s objectives. She has also spoken about Cyber and Information security at conferences in Singapore, Oman and the United Kingdom.

Of late, Irene has been working on a new initiative – Women in Cyber Security in the Middle East (WICSME), which she has co-founded with four other members from the UAE, Kuwait and Saudi Arabia.  The group’s objective is to create awareness and promote the increase of women in the sector.  At the moment, the group has 400 members and participates in a number of conferences, as well as facilitates the daily sharing of information and trends.  Apart from bolstering the representation of women in her industry, Irene is also working to increase Filipino presence within her field and advises kababayans to get certified and take full advantage of available online training.

Taking best practices from her government background, she shares, “Working in government and federal entities show how good governance and leadership can lead to a progressive country.” she says. “I hope that we can replicate this within our country.  It’s not a one-man team, but it’s about a visionary leadership that drives the change.”

Most Influential Filipinos in the Gulf – IRENE CORPUZ – The Cyber Authority 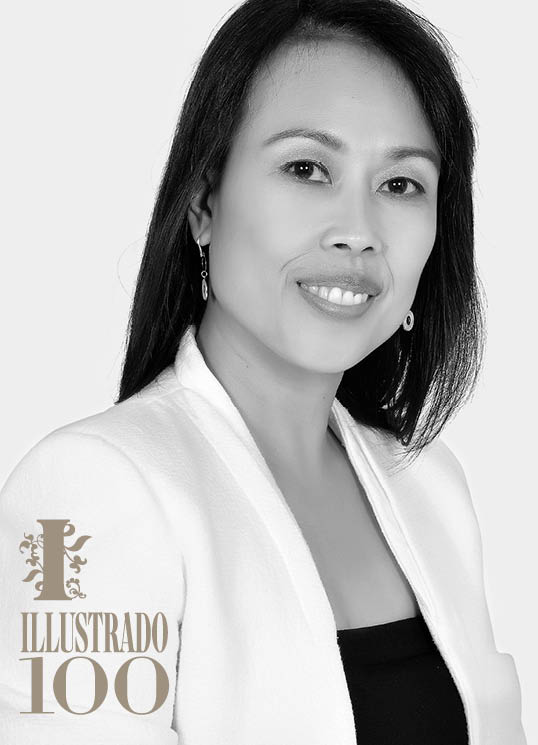 Irene Corpuz is widely recognized as one of the Gulf region’s leading figures in the field of Information Technology. As Head of Planning and IT Security for the Western Region Municipality, she is responsible for planning and implementing key IT strategies to achieve the government organization’s overall KPI’s. She is also a celebrated authority in various Cyber and Information Security conferences all over the globe, with regular speaking engagements in the world’s premier IT epicenters such as Singapore, Oman, and the UK.

Irene regards strategy and technical efficiency in equal measure – a fundamental tenet that has earned her the respect and admiration of her peers, and the monicker “The Iron Lady of Technology.” In an IT conference in London, her riveting case study about Cyber Security earned her a place in the panel discussion and eventually won her the Award for Innovation in Cyber Security.

Of what challenges her the most in her bustling career, Irene says “All official communications in terms of memos, circulars, minutes of the meeting, and even the meetings itself are conducted in Arabic. Everyone is kind enough to speak to me in English, but anytime I need to make a presentation or release a communication about Security, it has to be translated to Arabic.  It’s a challenge, but not an impossible one. After all, I am in IT – if anyone can find a way, it should be me.”

She hopes that one day she can speak in her own country about IT Security. “I want to share the lessons I learned from this country and see how the Philippines can implement it,” she says