Junie Sorsano – Illustrado 300 Most Influential Filipinos in the Gulf

Junie Sorsano is a pioneering vlogger who gave representation to ‘everyman Juan de la Cruz’ on the web since he debuted on his Youtube channel in 2011.  His wholesome and down-to-earth blog, has since become an invaluable source of information and advice, and sometimes comfort, for Filipinos in the UAE and beyond.

Now, as the head of Megaworld International in the UAE, Junie, who started as a vlogger in the UAE, gives credit to the experiences he had as an influencer on social media.  Considered as one of the earliest personalities in the region, Junie has received numerous accolades.  The most recent once being his inclusion in as a Finalist for Hospitality Excellence Food/Travel Blogger of the Year for the Middle East Excellence Awards 2019.  He also landed a gig at GMA Pinoy TV as a host for the show Trending Pinoy which is now in its second season.

Having worked with brands such as LBC Express, UAE Exchange, The Visa Center, Style MNL, MPQ Travel and Tourism and others as a brand ambassador, Junie believes that his professional ethics and integrity have been vital in gaining trust in the sector.  He also gets inspiration from people who send him words of inspiration and gratitude for promoting Filipino presence in the multicultural scene.

As a message to aspiring Filipino vloggers, Junie says, “If you love what you are doing, you will definitely elevate everything that you do, and become better and become successful.” 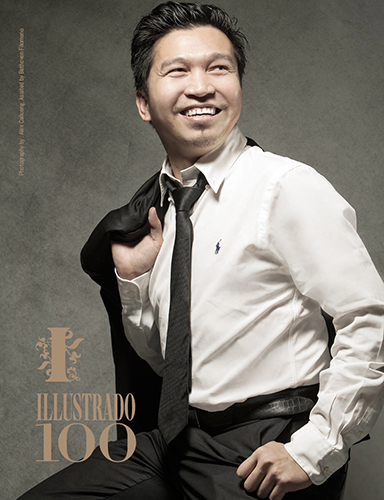 Buoyed by the massive technological advancements of the recent decades, a lot of what happens in life today is accessible online. As the most predominant Filipino Vlogger in Dubai, YouTube personality Junie Francisco Sorsano is one step ahead of current trends with his videos sharing useful content and advice about his “Buhay sa Dubai” with fellow OFW’s.  Junie is an inspiration to the community, representing the typical Juan Dela Cruz with great gusto and style.His vlog post, “Hindi Bobo AngMga OFW,” reached almost a million views on Facebook.

With a formidable background Social Media, Junie has been accredited with several recognitions acknowledging his positive, infectious presence in the Internet. This year, he was featured in some of the most prominent Filipino publications in the UAE, and was awarded the Best Media Personality by the DDS Humanitarian Group, U.A.E. He even appeared in a TVC for a popular, UAE-based retail brand. Beyond Junie’s accomplishments, it is the genuine influence he has over society through his online platforms that makes him such an important force in the community.

Knowing how different institutions have taken note of his efforts, and how Filipino students all over Dubai have used his vlogs as a basis of their projects and theses, Junie ensures that his every piece of content he puts out is armed with positive values. He says, “I want to serve as an inspiration for all OFW’s. Just as I took an extreme career shift to do what I love, I would like to encourage everyone to never stop dreaming.”