Most Influential Filipinos in the Gulf - CHARLES MARELID - The Speedster 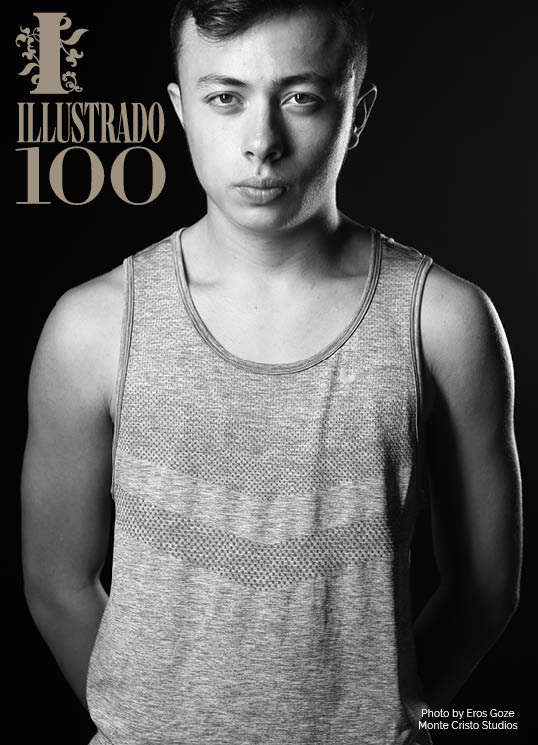 At the tender age of 16, Filipino-Swedish sprinter Charles Marelid has already carved an indelible name as a premier athlete in the UAE. In April of 2015, he won five gold medals at Middle East and South Asia Athletics Conference in Doha, Qatar, breaking three records for the 100m/200m/400m dash and anchoring two gold medals in the team relays. Just recently, he won at the Dubai Ultimate Racenight in the 100m and 400m categories.

Originally a soccer player, Charles tried out for his school’s track and field team upon the urging of his Physical Education teacher. That he could outrun everyone else in the team came as a bit of a shock, as he had always pegged himself as a football player. With discipline, perseverance, and a regimen that consisted of a highly specialized diet and gruelling training, he eventually developed the skills, mindset, and the right physique to represent the UAE on the regional arena. He also claims that developing mental focus is key to his training. Of his biggest challenges, he says, “Running 400m is the most difficult thing I have done because it is the toughest for a short distance sprinter. I have to run a 100m pace 4 times.” Charles aims to get a college scholarship through his achievements in track and field.

His advice to aspiring track and fielders: “Keep trying.” He adds, “When I was in 8th grade, I only got bronze at the 100m dash. I tried harder, showed up on all the trainings and never gave up.  Today, I have improved tremendously, but I still keep trying. You are your own limit. In track and field, you have to set your own goals and be the best that you can be.”

Tastemaker – Ella Orencillo  Artist and Illustrator In a male-dominated industry, artist and illustrator Ella Orencillo stands out with her own unique brand of art.  Part of the Filipino movement that popularized urban art in the UAE, Ella’s work has graced some of the hippest art events in and out of the country. Some of …

Jeri Wilmott – Illustrado 300 Most Influential Filipinos in the Gulf

Tastemaker: Jeri Wilmott @my_wild_tribe_ Lifestyle Influencer  Jeri Wilmott never thought that sharing her life story on social media would inspire others to do the same. For this petite beauty, sharing what she calls her “daily chaos” with her kids and their activities from their meals, play and downtime @my_wild_tribe_  has become more than just a …

Most Influential Filipinos in the Gulf: Mike Fillion – Trailblazer

Mike may be a rain man, but he is decidedly clear on the legacy he wishes to impart to his fellow kabayans: that of a story teller. “I’ve always believed that great art stems from great storytelling. Whether it’s design or music, film or video games, when there’s a great story at the heart of it, audiences will be helplessly lured in. It’s something I learned from people like Steve Jobs, J.J. Abrams and Hideo Kojima. I’d be delighted if one day, the younger generation can learn it from me.”

Meet Michael Cinco. Like his imagination, his career knows no limit. He stands among some of the most highly revered fashion designers in the region, frequently working with the world’s A listers and royalty. Learn more about him here: #illustradomagazine #taasnoofilipino