Most Influential Filipinos in the Gulf: Michael Fillon - The Renaissance Man 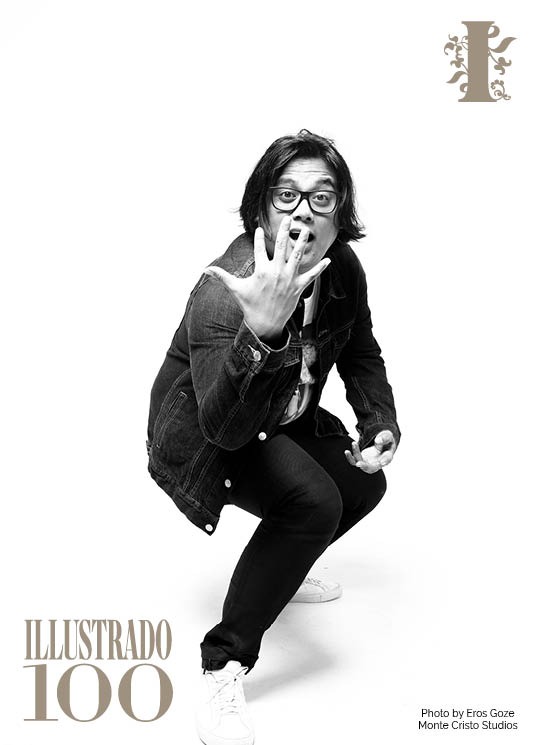 Michael Fillon, currently Creative Director at Leo Burnett ARC, is one Filipino ad man with amazingly enviable credentials.  Joining the industry even before he graduated from university, he rose to the position of most senior copywriter at Leo Burnett creating campaigns for GM, Philip Morris and P&G barely after college.  There, his first TV commercial written for GMC Yukon was voted as one of the most memorable TV spots by Saudi Arabian viewers.  At BBDO, his work for the Pepsi group, particularly for Mirinda was adopted for global platform.  Then at JWT, he won 20 international awards, among them the agency’s first Cannes Lion in over four years.

But Michael Fillon is not just an ad man. He is also the song-writing, vocal-belting, guitar-strumming frontman of local band Sandwash – a pioneer in the country’s indie/underground rock scene. Since its formation in 2002, the band has appeared on the cover of Time Out Dubai, received numerous airplays on UAE radio stations, been nominated in regional music award shows, and opened for various international acts, including Thirty Seconds to Mars, Maximo Park, and Simple Plan, with Mike writing, singing and playing songs that have made local audiences shriek in wild abandon.

These days, apart from his day job, and the music, Michael is also cooking up two interesting projects. One is a retail-oriented app for the iPhone that makes use of the new iWatch. He says “Wearable tech is going to gain ground in the coming years and I want to be part of that.” The second project, he shares, is “a multi-platform sci-fi franchise about life on Mars, where robots help settle human disputes. It’s an action figure line, a graphic novel, a movie and a video game, which is almost as hard as making the perfect roast beef sandwhich.”

Award-winning ads, music with a cult-following, wearable tech, robots on Mars, action figures and roast beef sandwiches?  Is there anything else this Pinoy Renaissance Man can’t do? We think not.  Watch out world, here comes more of Michael Fillon.

Hyku arrived in Dubai with practically zero connections in the photography industry. She started of what has turned out to be a remarkable career by working in a portrait studio. Eventually, she decided to pursue freelance photography, armed with just one camera body, a flash and two lenses. And by virtue of her hard work, sleepless nights, and ability to market her work, she was able to nurture her career and launch her own company: Hyku D Photography.

Normando Macalinao Magician and Influencer From mind-blowing card tricks to awe-inspiring magic illusions, Normando Macalinao, more popularly known as Normando The Magician, has always left his audience in awe and wanting for more. As one of the most famous magicians and entertainers in Dubai, he has performed for Hollywood celebrities and VVIPs including Paris Hilton, …

Illustrado 300 Most Influential Filipinos in the Gulf 2020 The largest gathering of Filipino Game Changers, Legacy Honorees, Trailblazers, Thought Leaders and Tastemakers in the Gulf Region.  We capture a slice of Philippine history in the region as told through Filipino stories of success. Available for orders now! Order from 1, 2, 5, or more.  Simply …

Most Influential Filipinos in the Gulf: OPPPS – Overseas Pinoy Professional Photographers Society   The Overseas Pinoy Professional Photographers Society (OPPPS) was established to share photography ideas and techniques to both amateurs and professionals in the field. But apart from merely fostering the love for the art of photography, the group has also equipped many …