Most Influential Filipinos in the Gulf: Pauline Moreno - Dubai's 1st Lady of Techno 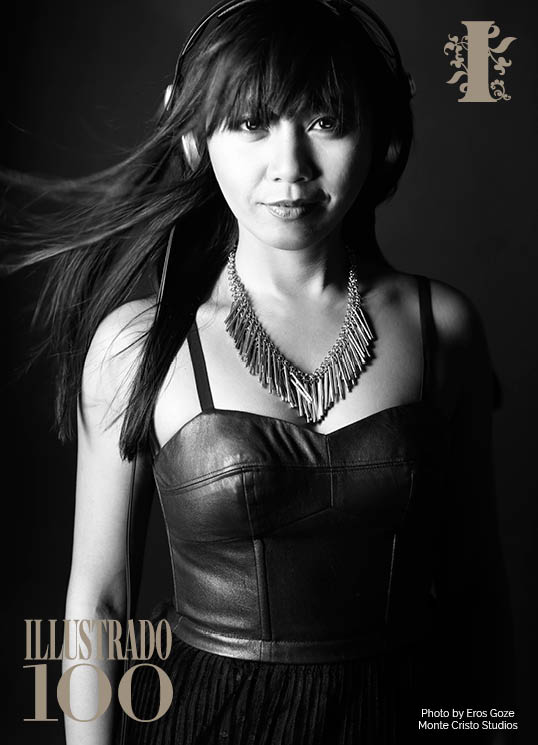 Most Influential Filipinos in the Gulf: Pauline Moreno – Dubai’s 1st Lady of Techno

Most Influential Filipinos in the Gulf: Pauline Moreno – Dubai’s 1st Lady of Techno

Dubbed as Dubai’s First Lady of Techno’, Pauline Moreno, also known as Miss P.M. sets bars, clubs and social events into a full-on happening gig spinning her way through the turntable. A flight attendant turned full-time underground DJ with a penchant for adventure tripping, this pretty Pinay has wowed party goers and corporate clients alike with her versatility in playing 3am house and techno, and her bass-heavy, deep, groovy, sexy and always melodic selections.

A regular in the tech and deep house scene, she has performed alongside international acts such as Laura Jones, Nicole Moudaber, Timo Maas, Fritz Kalkbrenner, Kollektive Turmstrasse, Ryan Crosson and Eli & Fur. Miss P.M. has rocked the hottest dance floors in the city, including that of 360, Deck On 8, Level 41, Trilogy, Nasimi Beach, and has collaborated with huge promoters such as Ohm Events, Infusion, Audio Tonic Agency, Plus Minus by Blitz Production, Warped, and Glitch. In 2014, Miss P.M. performed at Party in the Park (Hype Arena) at the Dubai Media City, Creamfields Abu Dhabi (Electric Days’ Stage) and at the Formula One Abu Dhabi.

Aside from bringing the party mood ito Dubai’s most happening clubs, Miss P.M. has also been handpicked to play at corporate events for the likes of Bulgari, Harvey Nichols, Bloomingdale’s and Level Shoe District. She has been appointed brand ambassador to represent and promote DJ headphones.

From turning her hobby into a career and splitting her time between high flying and spinning in 2010, Miss P.M. looks ahead to more party nights in the pipeline, international booking and a series of self-produced events.

It’s What I Do: Yvette Santos & Nolie Hans Dagman

It’s What I Do: Yvette Santos – KLS Martin Group – Middle East Representative Office
I am an Office Manager and wears different hats. Our company is an established and reputable manufacturer of Medical instruments produced in Germany.

Angel Tesorero Journalist Journalist Angel Tesorero, formerly from Khaleej Times, and now working for Gulf News, has been covering the UAE’s diplomatic community and has interviewed high-ranking consular officials, ambassadors and diplomats from Asia, Europe and Africa. He has been assigned to various countries and was the first UAE-based journalist in recent years to enter …

We take a look at the designers’ growing line of men’s fashion – his latest foray, inspired by the romantic Castilian style icon – the matador.

Thoughtleader – Ben Lebig Jr.  Entrepreneurship & Financial Literacy Advocate Ben Lebig Jr. is a source of empowerment for many in the local community, equipping fellow Filipinos with financial and entrepreneurial knowledge.  A financial analyst at corporate giant Chevron, and the Founder of KD AgriVenture Inc in the Philippines, Ben is considered an invaluable resource …

Most Influential Filipinos in the Gulf: Matilyn Bagunu – A Leader’s Leader