Hey Blood Sister, repeat after me!

I, (insert name), who hails from any of the 7,107 islands (during low tide) of the Philippines, acknowledge that we come in all shapes and sizes with various quirks (read: pagka-loka-loka) and goals. Despite our differences, however, we’re bonded by our fancy for endless tsika and showbiz tsismis, especially when trooping to the ladies’ room. We share varying degrees of annoyance when leering men wolf whistle at us every time we go out in sleeveless tops and shorts; moreso, when we’re referred to as “tsiks.” We belong only to one sisterhood, which we proudly call “The Filipinas,” and here we shall remain in mind, heart, soul, and deed.

But who is the Filipina?

According to the Oxford English Dictionary of many years ago, she was a domestic helper. Que barbaridad! Was that a joke? We’re more than maids and yayas; we’re also Japayukis and mail-to-order brides. We’re nurses, caregivers, beauty queens, performers, artists, teachers, entrepreneurs, soldiers, presidents, homemakers, and dreamers. Fortunately, that erroneous dictionary entry was corrected and the grave injustice against the Pinay rectified.

Why, she’s Gabriela Silang and Prinsesa Urduja whose courage in armed revolutions is legendary even in this century! She’s also lola, against whom you never won that childhood battle of siesta vs. palo. Even your parents couldn’t stop lola from giving in to your whims when she’s in that indulging grandma mood.

She’s Teodora Alonzo and Melchora Aquino, whose unconditional love and instinctive wisdom nurtured heroes in the process. She’s also nanay who has always known when you’re lying through your teeth (too bad), even when she’s oceans away tending to her employer’s kids. Yes, mothers know best.

She’s Ate Vi and Ate Guy, just as much as she’s Mara and Clara. She’s the big sister that we look up to. She’s also the daughter that we hope to raise to become a decent member of society. Please, inasmuch as we admire Freddie Aguilar’s OPM, we don’t ever want our story to turn into that Anak song or movie.

She’s Maria Clara and Salome, beautiful in their mestiza and morena looks and faithful to their lovers until the bitter end. She’s also Cory and Imelda, without a doubt the compelling force that propelled their spouses to their current place in history. (Hah, another reason why guys should trust that adage “Behind every successful man, there is a woman.” Be very careful in choosing a wife, indeed.)

In some instances, she could be Valentina whose ugly head of little, angry snakes might turn you into stone and leave a venomous picture of the Pinay. But she could also be Darna, far from the weak and meek Narda that others so misguidedly believe she is. She knows what she wants for herself. She knows what she’s set to do for her family, maybe even for the country. And she soars high to pursue it.

So, Ding, you can now throw that stone away. The Filipina can do without it.

Often, she can’t help it, it actually becomes an obsession – a rather expensive one.

Like flawlessly white skin that even Snow White would be insecured of. Sure, kayumangging kaligatan sounds romantic and everything, but the quest to be the fairest of them all is just too tempting – especially when everyone is getting in on the game and winning it can pave the way to your being an artista — the bida, ha! (Have you ever noticed that it’s the sweet tisay look that usually gets the starring role and the handsome leading man? Otherwise, you’re assigned as the mean kontrabida with the dark, pimply goon as your love interest.)

So, she develops a phobia of the sun and refuses to leave home without an umbrella. She goes into panic buying mode and grabs the whole load of products which promise an all-white existence — whitening soaps/facial creams/astringents/toners/exfoliants/lotions, glutathione capsules, etc —hoping against hope that she’ll be white in seven days. And of course, if there’s extra cash, Vicky Belo, Manny and Pie Calayan, and company will be too happy to help (getting richer in the process). But if the budget is tight, papaya soap and Chin Chan Su cream are the cheaper alternative. Warning: prepare your best deadma look should your family members start screaming or snickering at your Chin Chan Su-covered face.

If TV/radio ads and the billboards along EDSA dictate that skin is supposed to be white and smooth, then hair should be black and straight. No wonder thousands are spent on hair straightening, relaxing, rebonding, and reborn treatments. See, better penniless than a problem of society (though that kulot salot accusation is way below the belt). Besides, having black and straight hair is your ticket to finding a rich husband or becoming a model employee. Never mind the lack of logic. Just be glad and rejoice. Not!

Don’t forget the least attainable of these Pinay fixations: having a high-bridged nose, if not for herself (since getting a nose lift is costly) then at least for her future kids. Now, please, let go of that old practice of nose pinching with a clothespin. You know it can’t make you less pango. Hmmm, this one, though, makes a good excuse to work at yet another secret desire: the search for a Caucasian Prince Charming. Aminin!

But, you do realize that these guys go for that famous exotic Pinay look, don’t you? Your natural features already make you a catch and one lucky woman, ateh! 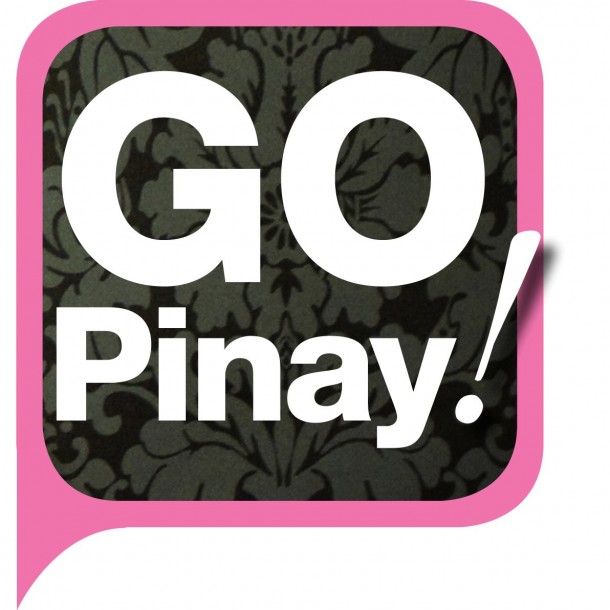 Keeping Up with the ConGen: When There’s Only Room for One On Top

Here’s another tale from our friendly neighbourhood Philippine Consul General Paul Raymund Cortes – When There’s Only Room for One at the Top. “Our path to excellence must be answerable to us alone and no one else. This means that we have to keep improving in whatever field we choose to be in, the norm for improvement being not in comparison to someone else but against lesser versions of ourselves.”

Ann Ong continues to make her mark on the global stage as she presents her newest collection of handcrafted, one-of-a-kind pieces, titled Surround Yourself with Nature, at VOD Dubai International Jewellery Show (VOD DIJS) 2019, making her the first Filipino to showcase at the prestigious event. VOD DIJS 2019, MENA’s only B2B and B2C jewellery …

Since Bahamas depends mostly on tourists for their economy to thrive, everything’s pretty much expensive in the island—like a can of soda that costs $3.00 from a deli.