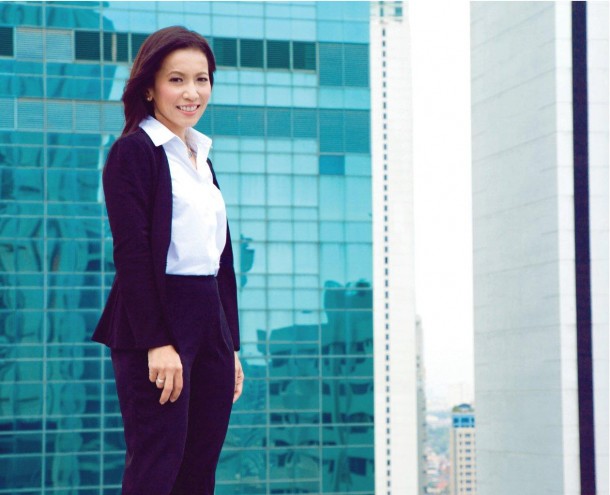 You can say that Nina Quintos has built a career for herself as one of the top architects working in the Middle East and Southeast Asia brick by brick. With a career that spans more than two decades, Nina has carved out her own trail in a man’s world and has come out on top.

“This is what I’ve always wanted to be,” said Nina Quintos about her being an architect. As project manager for Cadiz International, Nina, 46, has managed several significant projects in the Middle East, such as the Al Hamra Mall in Ras al-Khaimah, which won the prestigious Design Merit Award from the ICSC MENA (International Council for Shopping Centers, Middle East and North Africa Region) in 2011, for the Design of a New Shopping Center.

A graduate of the University of Santo Tomas, Nina’s 22-year career in international concept architecture evolved as a result of her drive to become the best she can be.

Currently, Nina is the project manager for several Master Plan projects — which she emphasizes are team efforts — such as the Lausanne Golf Village, a 250-hectare integrated residential development in Kyrgyzstan with a championship golf course, a commercial area and a hotel; and the 20-hectare Uptown Tbilisi Mixed-Use Development in Tbilisi, Georgia, which will have a retail mall as well as office, hotel and residential tower developments.

Nina has built a career as impressive as the structures she plans. But being a woman professional in the Middle East and a Filipino also has its share of difficulties.

She credits her firm, which employs a number of women, for supporting her and her colleagues.  It also helps that she has made her mark as an expert in her field. Now, “it’s not highlighted that you’re a woman doing architecture, but that you’re [simply] an architect.”

As a solo mom, Nina feels the pressure of balancing her family with her career, but she wouldn’t have it any other way. Her daughter Crista is 12 and quite used to her mom traveling on a regular basis.  Though it’s hard when she has to leave her daughter for a business trip, she wants to serve as an example to her as well. “I don’t think that your passion for your work should change, and I want my daughter to see how much I love what I do. I show her the finished product of my work whenever possible. She’s totally supportive, and I want her to be true to herself too.”

Nina is extremely grateful for her support system — her family. “When I’m traveling, Crista is with my mom,” she said, adding that her sisters and their families are also there to help. “I wouldn’t be able to do this without them.”

When she’s not at work, Nina unwinds by taking aikido with Crista or rowing with the Manila Dragons Dragonboat Rowing Team. “I need to be active!” she declared. The team regularly rows in Manila Bay and takes part in international and local races and regattas.  “Our team is very diverse, with a very wide age range. We have professionals, we have students, and there are some breast cancer survivors. They’re all very dynamic, very strong women — and I’m not just talking about physical strength, but the strength of character of the people in the team.”

It’s not just for fun and exercise, either. The Manila Dragons are competitive, and in fact took the Diamond Cup at the Hong Kong “King of the World” International Dragonboat Race in October.

Nina not only feels a responsibility to be a good representative for women, but for Filipinos as well. “It’s something that’s been tugging at the back of my mind — how we as a people can be strong and make our real mark. I think my longing is to see an awareness and pride about who we are.”

To Nina, there is something missing in our collective perception of ourselves. “Sometimes it’s shaky; sometimes we give in to the thinking that they’re better than we are. I want us to see how far we’ve come. We have to find ourselves — and it has to come from us, from the inside, not from others — to become comfortable in who we are as Filipinos, so that we can move forward and be better.”

Outside the Philippines, said Nina, there is an extra responsibility for us to be our best and to show what we can do. “And we can—we’re well-trained, we have the experience, we have the skills.”

“Career should be beyond work — it should be something you enjoy and give you purpose, so that you want to do it well. And be true to yourself. Don’t let anyone set the limits for you. If you know what you want, go for it and enjoy where you are.” 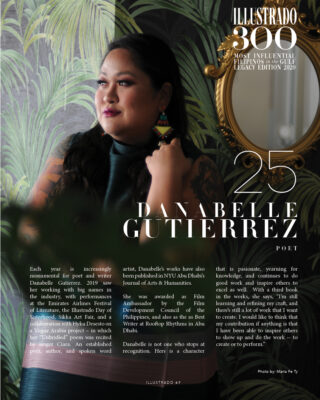