The Annie B. Chronicles: "Cuzin to the Rescue"

The Annie B. Chronicles: “Cuzin to the Rescue”

“Cuzin to the Rescue”

The Annie B. (Batobalani) Chronicles

Once upon a time, in the sleepy barrio called Capunitan in the quiet town of Orion in the no-SM Mall-yet-province of Bataan, there lived two dreamy lasses. They treated each other like sisters, even though they were just cousins. Up to their early teens, both even shared the same crushes. They never fought – except for that single incident when they had an on who was cuter – Bryelle Mondejar or Ronell Victor – which eventually got settled when they both realized that Jestoni Alarcon was, two thumbs up.

But just like the song, some good things never last. Eventually, one of them left the barrio to pursue a degree in Mass Communications in fast-paced Manila. The other had to stay and continue her studies in the provincial capitol.

That’s what I remember of Corazon Candelaria Catacutan Curapot – or my cousin Cookie. The last time we saw each other was during Miss Gay Undas in our town plaza five years ago – until I got a text message from an unknown number last week. “hI aNniE! C cUKi I 2, D2 nA riN mE sA dUbAi. kitA nAmn Ta U.” Little did I know that Cookie and I would cross each other’s paths once again – here in the cosmopolitan city of Dubai.

In our exchange of texts, I learned that my long-lost cousin Cookie arrived in Dubai over a month ago to work as a cashier in a newly opened restaurant. So one weekend, I decided to drop by her place so we could see each other. I imagined she’s already changed a bit from the barrio lass that I last in the town plaza years ago – but what I saw horrified me. Here’s Cookie’s new story:

She shares a room with eleven other Pinays. They’re all burara and lazy. They all complain that they don’t have time to clean because of their shifting schedule. So Cookie, who is always organized, does all the cleaning for them, even their own laundry and ironing. They praise Cookie for her delicious cooking, so she also does all the cooking, even the washing the dishes. They always rant about their financial problems, so good old Cookie lends them money for everything.

Aba..aba..aba! Now all that made my blood boil. And inspite of all these, Cookie does NOT mind at all. How pateticks!!! How can anyone be this naïve? Naiiva talaga itong pinsan ko o – napaka-clueless – hindi naman nya kamukha si Alicia Silvestone!

I quickly gave Cookie a lecture on how she should stop these people from abusing her kindness and generosity. For as long as Cookie doesn’t complain, these people na naturingan pa man ding kababayan will never return the favor and change their old habits. They want to eat? Eh di magluto sila! Their room is dirty? Eh di maglinis sila!!! They don’t have money anymore? Eh di manigas sila!!!

From now on, they will witness a new Cookie – a woman with confidence, style and a new attitude. I will groom her to be just like me – independent, fashion fastforward, abilitated (ahem, ma-abilidad…), a go-grabber….mmmm….ano pa ba?

So my darling cousin Cookie, toss that broom and start dressing up. The clock is sticking – the Dubai Summer Surprises is here. Sugod kafatiiiiid!!!

The Annie B. (Batobalani) Chronicles: All the Single Ladies

Growing Together with the Global Filipino LBC exemplifies the bold growth mindset of a Philippine brand serving the OF market Philippine-based companies have been looking towards the OF market and the rest of the globe for growth and expansion in the last decade.  The sector is nascent with brands mainly from the real estate, banking, …

The search is now on for Faces 2020 Are you the next FACE of Illustrado? Or are you the PHOTOGRAPHER who could capture Illustrado’s next batch of the most charming Filipinos in the Gulf for 2019?   Illustrado celebrates Filipino beauty! We are inviting photographers and Filipino models, both male, and females, on a collaborative project …

A spotlight on Professional Pinoys making a difference at the work front. 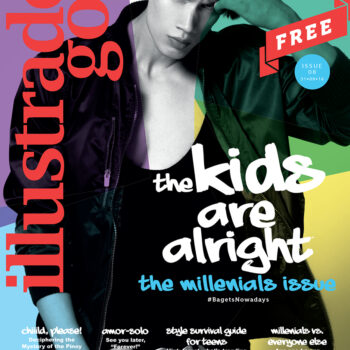