We pay tribute to Rocky Gathercole, one the most unique and bold personalities in the world of Filipino Fashion, who has recently passed away.

They say there’s a very thin line that separates genius from insanity. And nowhere is the thinness of that line even more pronounced than in the case of FIlipino designer Rocky Gathercole.

During a virtual tête-à-tête with the avant gardiste, we unearthed not only the method in his madness, but also the proverbial can of worms… or two. 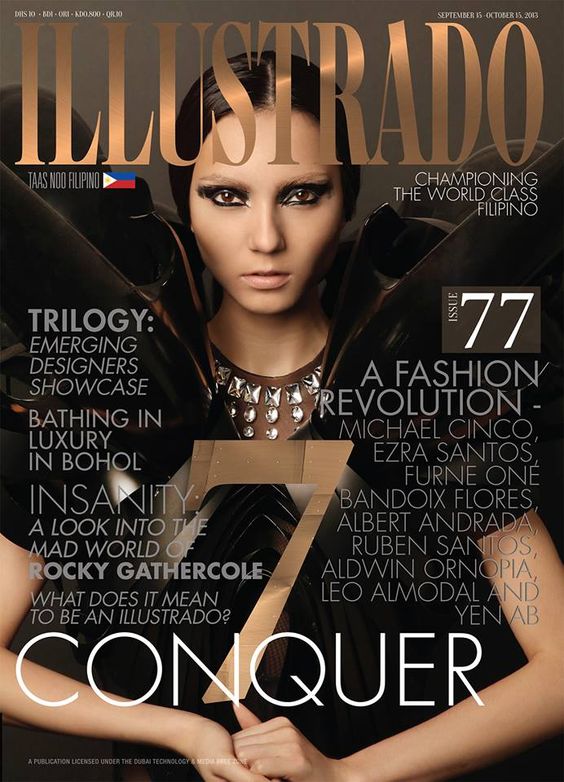 Experimental, unpredictable, explosive and quite simply – mad.   He, of the fantastical creations, whose muses include insect women, gaudy showgirls, and phantasmagoric goddesses who all exist in a warped intersection between total fantasy and hyper reality.   Rocky says on his take on style as-a-matter-of-factly, “My designs are, to put it simply, from my weirdest, wildest, wonderful world (www.rg) where I am the ultimate dictator of fashion. I have a gazillion idea in my mind and fantastical is probably the simplest adjective we can associate them with. The real word to appropriately describe them has yet to come from another universe!”  He adds, “More than anything, my primary concern, most often than not, is the availability of materials to be able to realize my vision.” 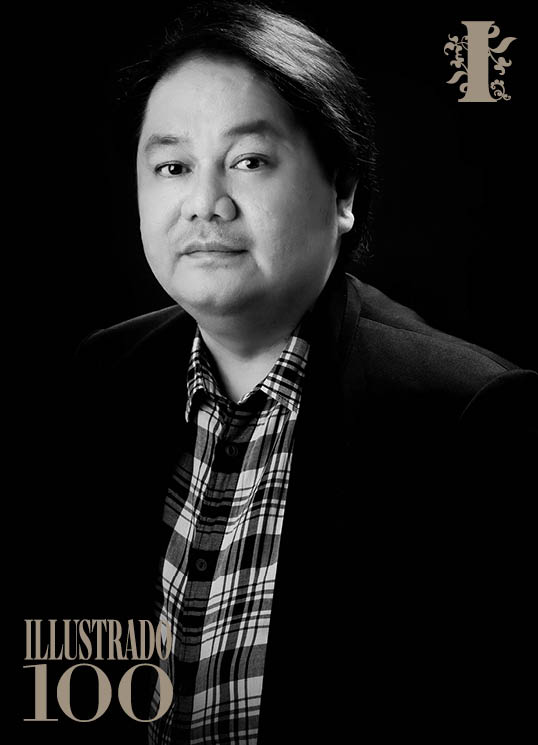 Rocky Gathercole in Illustrado Most Influential Filipinos in the Gulf.

For those who wonder who on earth in their right mind could wear his creations, the designer explains his style with utmost clarity, “My creations are absolutely ‘not normal.’ I’m the first one who will attest to that. They’re not for the faint hearted. You don’t deserve to wear a Gathercole if you’re not very confident, bold and brave. The strong females of this age have quite a crystal clear idea of what and who they are as individuals.”

He continues to explain, “Maybe my translation of what is ‘wearable’ is still unfathomable to those who don’t realize that fashion is a form of self-expression. I wouldn’t have survived in this dog-eats-dog rag trade for more than two decades if Arab women didn’t find my dresses wearable. As for the less than extremely daring, I’ve got huge surprises coming soon so that others can also experience wearing my signature.” 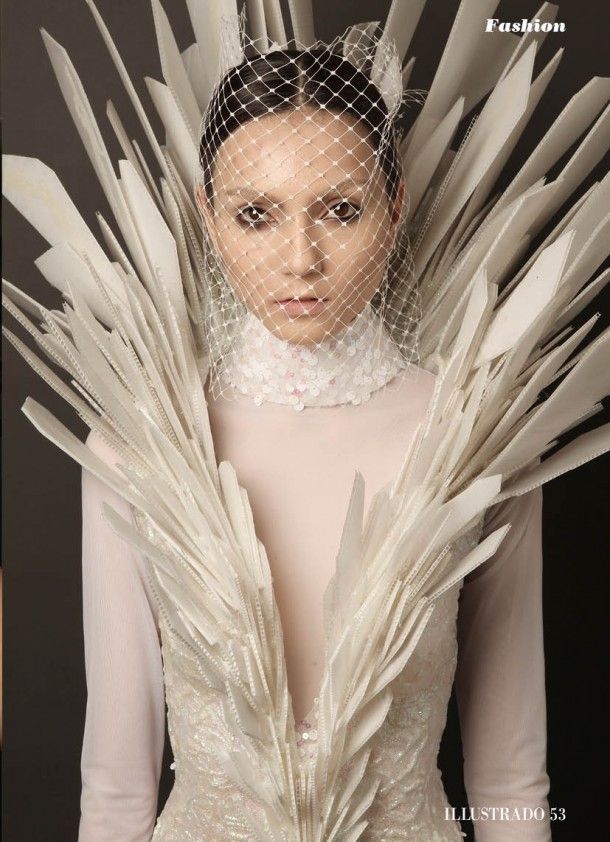 In an industry where originality has been the topic of much heated debate and where, he is regarded as an outsider by those who look down upon his perplexing fashion sensibility and less than bourgeois ways, the designer has been the subject of hushed talks, sometimes even ridicule. Unfazed, however, Rocky Gathercole cuts the image of a singularly focused design savant determined to march to the beat of his own drum.

He acknowledges, “When I was still starting to find my identity as a designer, Thierry Mugler influenced and inspired my creations.” But he adds with brutal frankness, “However, it is not the same as the definition of ‘inspired’ by some of my colleagues. I would take some details and add my own touch or come up with my version with respect to the resources at hand. I’ve always been consistent with my ‘insanity’ as a designer.”

Hammering on the point of contention in the current state of Philippine fashion, he emphasizes, “If you will copy, justify it – if you can’t be original. Not everyone is creative. Some may be lucky with their contacts and that’s why they are famous. But fame does not necessarily mean better in ideas than everyone else. People in fashion, particularly in Dubai, a place where I am so used to people’s peculiarities – are mostly self-proclaimed. Some are paying and are dying for image. Some are trying very hard, acting out an image.”

That comment is bound to sting and ruffle more than just a few feathers.  But then again Rocky Gathercole, who’s got both admirers and enemies in the industry, does not want to be known for his delicacy in delivering his ferociously candid take on things.

Asked about his thoughts on being labeled as a costume designer, he answers passionately, “My response to that, as a ‘costume designer,’ is that they don’t know what costumes really are! I will categorically say that all the designers in the Middle East have always been costume designers. Anyone who uses a glue gun, Elmer’s glue or E6000 is not a couture designer!”

He, then adds, “People hate me for being straightforward, but I just despise dishonest people. If I am not welcome in a group, it’s the least of my concerns. It’s just their way of unconsciously declaring that I am in a league of my own… I am my own group.”

Truly, deciding how one feels about Rocky Gathercole, his creations, his out-of-the-fashion-mould persona and razor-sharp tongue that would always say what others won’t,  is by no means a simple task.  Still, between his two decades in the Middle East, his successful shows in Miami, New York and Los Angeles (where he received a standing ovation last year), the successful launch of his atelier in Manila, and just recently a lauded fashion show where he shared the stage with celebrated Manila designer Rajo Laurel, and received praise from the iconic Imelda Marcos herself – the irreverent fire-starter-slash-underdog seems to be having the last laugh.

Ecstatic after his latest runway conquest at the celebrity-studded opening of Wiltower in Manila, the designer gushed, “Sharing a stage with the great Rajo Laurel is another dream come true.  But seeing Madame Imelda Marcos clapping for my designs is something I have never imagined. Now, I can say that I’m already a full-fledged fashion designer!  Glory to God!”

So what’s next for the designer?  What else does he dream of? Rocky thoughtfully answers, “I actually don’t dream anymore. I’m living my life as an artist in progress. That’s how I am – who I am right now. People can say anything about me. I can deal with that now with maturity. I still have long way to go in this business. I can’t say what the future holds for me. I don’t want to know. I want to be surprised. And I promise you, everyone will definitely be surprised as well.”

Love him or hate him? The question is probably immaterial – because whichever you choose, the fact stands that you just can’t ignore Rocky Gathercole.

And through all his trials and tribulations, the hushed talks and negative labels, the eye popping and sometimes disturbing designs, the ‘standing o’s’ and Imelda Marcos’ figurative ‘bravo,’ one can truly say that the designer is indeed a success where other Filipino designers have yet to prevail – and that is in finding his own voice, and having the courage to be insanely and uniquely himself. 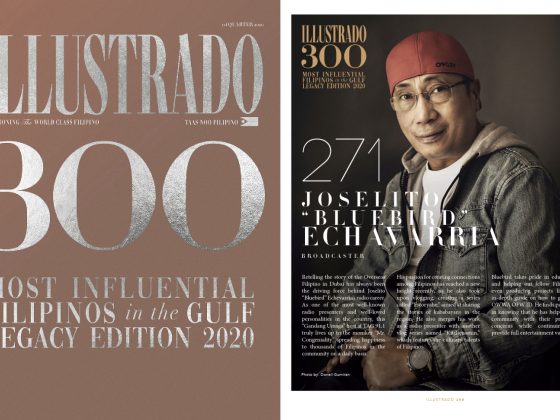 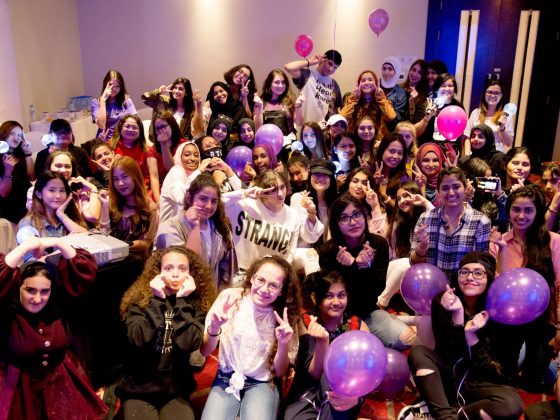