Most Influential Filipinos in the Gulf: KAZ PEACHEY – The Diva of Dubai

KAZ PEACHEY
The Diva of Dubai 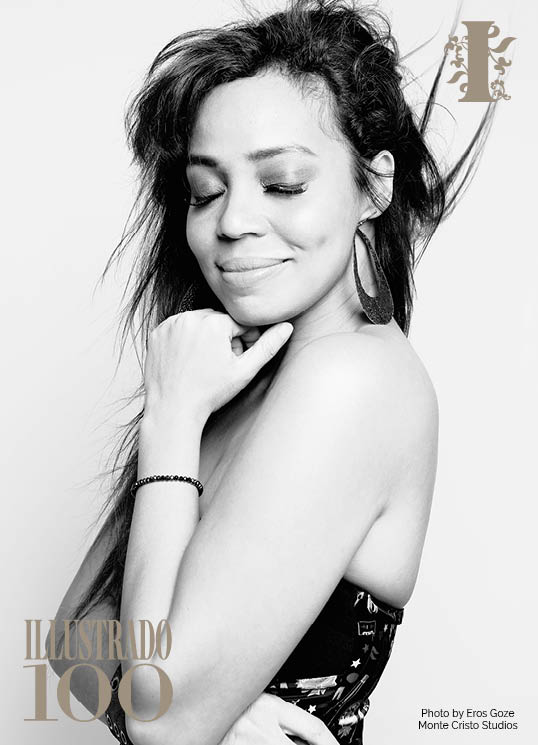 Famous American talk show host and actress Ellen DeGeneres once tweeted that one of the things that she has learned in her career is that the best singers in the world come from the Philippines. Our singers are often thought of as possessing above-human prowess – and no other professional singer in the UAE typifies this more than Kaz Peachey. With a career in Dubai that spans 7 years, Kaz has built a reputation as the city’s premier diva – a one-woman tour de force that has captured the hearts of Filipinos and foreign audiences alike.

Kaz has made the rounds of some of Dubai’s most popular night hubs and musical epicenters, including the iconic Hard Rock café, which she has been headlining for more than three years – a prodigiously long contract in a venue that is known for regularly rotating its band line up, and certainly the longest contract ever held by a Filipino. She has played with the city’s most acclaimed sets of musicians such as the Smooth Criminals, which plays rock and alternative, and Urban, which is widely lauded as one of the best neosoul and R&B acts in the region. Kaz’s career has been so illustrious that she is often heralded as a benchmark for all Filipino performers in the UAE. “I’ve never thought of myself as being in competition with other singers, whether they’re Filipinos or other nationalities,” says Kaz. “I just love what I do, so I choose to do it well. It also helps that I have a good relationship with the live music community here, because I get so much support from them.”

When asked about the secret to having a stable music career in a foreign country, Kaz said that it was all about consistency and work ethics. “A career in music is 50% talent and 50% being easy to work with,” she says. “People would rather work with a person with average talent and a great attitude, than a person with loads of talent but gives everyone a hard time. I come to rehearsals prepared and on time, I give my performances my 100%, and I treat my co-musicians with respect.”